Stories of God’s intervention through the power of prayer 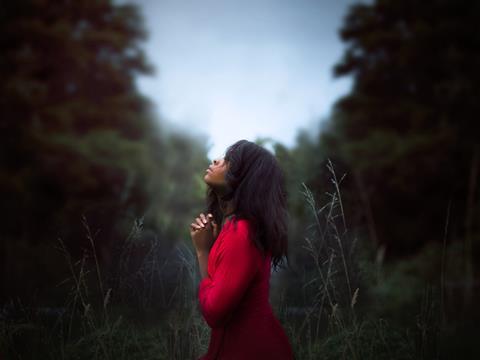 My window cleaner came to do the windows on a lovely sunny day a few weeks ago. I asked if he wanted a coffee, and he said he couldn’t taste anything because of COVID. I asked when he had had COVID, and he replied: “Two months ago.” So I said: “Can we try something? I am a Christian, I love praying and have seen miracles happen. Let’s just pray for your taste to come back. Just a one-sentence prayer.” He said OK but looked a bit awkward. I commanded his taste and smell to come back in Jesus’ name. I then asked how he was feeling, and he said he didn’t think any different. Then he asked me about my faith. I told him about my story with God, how I had been completely healed of a disease doctors said I would never be rid of. I talked about Jesus offering us forgiveness, and that we in turn can forgive those who have hurt us. At the end I simply asked: “Do you want Jesus to be your best mate?’ He said: “Yes.” So I prayed with him then and there. Straight afterwards he said: “Wow, everything looks different! It is a different colour!” It was all very brief, but God met with one of his children and brought him home.

Praying for my local Muslim shopkeeper

I had been reading about speaking out words of encouragement to people. I walked into a shop I often go in, and noticed that the owner, who I have known for 15 years, was on the wrong side of the counter. I asked what was wrong. He said: “I am in such pain, I have been in pain all night, and I don’t know what is wrong. My stomach is in a bad way.” I asked Jesus if I should offer to pray for him, and felt him say: “Go for it!” So I said to the shopkeeper: “You know I believe in Jesus Christ, and, even though I know you are a Muslim, would you mind if I prayed for you?” “Please pray,” he said. I went over and simply prayed: “Lord Jesus, please help and heal him.” I then asked how he was. He said: “Terrible, I am feeling worse!” I responded by saying “Let’s pray again then!” I did, and then I asked him to walk to the back of the shop and return. He walked, and didn’t say a word. When he turned around, he said: “It’s gone! Completely!” That was five years ago, and every time I go into the shop, I ask how he is doing, and he says: “I am still fine!” All glory to God!

The faithfulness of God

I am London-born, with Nigerian ancestry, but when I was nine my family left the UK to go to South Africa as my parents are missionaries. I spent the rest of my childhood and teenage years in South Africa, juggling school and mission outreaches. Then at 17, my world was turned upside down. I was diagnosed with lupus, an autoimmune disease that causes the body to attack itself. Upon my admission to the intensive care unit, doctors told my parents I had 48 hours left to live.

In a wake of desperation and faith, my parents took a Bible and made a vow to God: that I would no longer study medicine (my intended subject) but rather study theology and music. In the wake of much prayer from people around the world, and different medical interventions, I survived – much to the shock of the hospital staff.

When I was discharged I couldn’t recognise any family or friends, couldn’t walk, write, eat or dress myself. I had to learn how to do everything again. I always said surviving was the easy part; learning to truly live again was difficult.

I learned how to drive even though I could not yet walk, I applied for university in Leeds, and got accepted to study theology and music. I then went on to do a Masters at Kings College London in biblical studies, and have recently been conferred my PhD theology degree. The years have not been easy, and I have often questioned my faith, but have come to the same conclusion time and time again: God is always good and faithful.

Seven years ago, some of the best craniofacial surgeons in the country examined my son Sammy, who had been born prematurely with various health issues, such as a misshapen head, a heart defect and a hip problem that needed physiotherapy. They started looking at his head almost immediately and quickly diagnosed him with scaphocephaly.

Medical professionals don’t usually operate on babies with scaphocephaly before six months, as they like to track the size and shape of the bones to ensure that the surgery is really needed. Many parents opt not to have it because it involves drilling through the skull and separating the plates. The risk of the child ending up with brain damage is something parents have to take into consideration. We felt that if this was a condition he would live with for the rest of his life it was worth doing, but it was still terrifying.

The operation went ahead when he was five months old, but the surgeons discovered the plates in his skull were no longer fused! This had never been heard of before, and, according to the experts, was “not physically possible”. They had said that his face would balloon after such a huge operation, and that he wouldn’t be able to open his eyes or eat for several days – but we walked out of the hospital with Sammy the following day.

The top craniofacial surgeon met with us afterwards and was beside himself about what had happened. The procedures to diagnose scaphocephaly are 100 per cent accurate, and he just couldn’t understand how the plates in Sammy’s head were no longer fused. Neither could he understand why we were so calm about the whole thing.

He suggested that we sue the hospital and demand a review of the processes and machinery used. We told him we had prayed from day one of being told about Sammy’s condition. Each time we saw his skull and the fused plates we thanked God for his hand on our boy’s life. There is no doubt in our minds that God answered our prayers.

This wasn’t the end of the story. A review was carried out by the Home Office into how it had happened, and I was asked to speak at the proceedings, so was able to share our testimony. There was also a lot of aftercare for Sammy because his brain had been squashed for five months by the misshapen skull, which affected his speech, sight and physical development. However, by June 2016 he had been signed off by the speech therapist, had no problems with his sight and hit all the relevant developmental milestones.