R Kelly abused his power, just like every other human trafficker

The R&B star was found guilty of being the ringleader of a scheme to lure women and children that he then sexually abused. Cristina Huddleston of Justice and Care reveals that, sadly, his story is far from unique 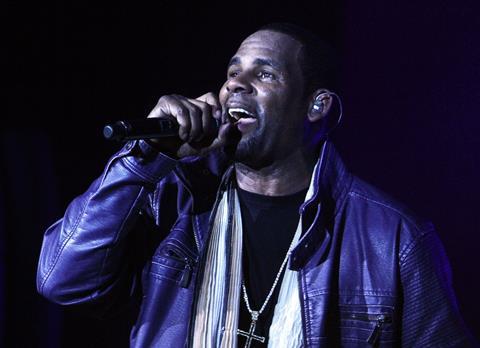 Last week the R&B star, best known for his song ‘I believe I can fly’, was found guilty of eight counts of sex trafficking. There were scores of victims – women, girls and at least one boy.

R Kelly abused his power – in his case his fame and wealth. He used it for his own gain without any regard for those he abused and treated as nothing.

In every case of human trafficking, as we see hundreds every year, abuse of power is always central to the story. So, too, is having no regard for those who are exploited.

Traffickers – whether R&B stars or, much more commonly, criminal networks working with impunity – know that they have power over their victims. A compromising photograph, the threat or use of violence or perhaps a significant debt – whatever the means, traffickers create and then abuse their position of power.

Take Brinda, a young post-graduate student who was tricked to apply for an IT job that never existed. Following a recruitment process, she arrived at ‘the office’ on the first day with her documents, only to have them stolen off her and destroyed. She was then raped and forced into sex work.

The threat of violence, the stealing of documents and the promise of exposing her ‘work’ to her family all meant that Brinda was kept in slavery. Whether sex trafficking, labour or criminal exploitation, the picture is the same.

Just like R Kelly, the criminal networks believe that they can get away with it – and so often they do. The vast majority of those responsible for trafficking simply never get caught. Globally there are 40 million victims and yet, last year, there were a little over 4,000 convictions worldwide for the crime. It is big business, making billions for those responsible.

Slavery is also everywhere – our own research, based on police data, suggests there are more than 100,000 victims in the UK alone. Last Tuesday, when R Kelly was convicted, I was at a reception centre offering support to more than 60 men, women and children from Romania who are thought to have been trafficked to the UK for labour exploitation. They were forced to live in squalid conditions and work on construction sites across London.

At Justice and Care we work alongside police, providing tactical advice on cases of modern slavery and critically supporting survivors to rebuild their lives. Our work has led to more than 5,000 men, women and children being freed. We have provided more than 4,500 with intense support and that has often led to them bravely giving evidence against their traffickers.

Currently, we are pursuing hundreds of traffickers through the courts and we will continue to be relentless in doing so. It is critical that those who abuse their power, like R Kelly and those who trafficked Brinda, are brought to justice. Indeed, earlier this year Brinda’s traffickers were found guilty and sentenced to seven years in prison. We are standing by Brinda as she rebuilds her life.

You can stand by us in the work we do – visit justiceandcare.org/the-freedom-network/ for more information.