Tiffany Bluhm, author of Prey Tell, explains to writer Lauren Windle how the church has become skewed in its attitudes towards women and what we can do about it.

Recent movements like #MeToo, #ChurchToo and #ReclaimTheseStreets have shone a light on the damaging experiences of many women in and out of the church. Many women who have experienced sexual assault are terrified of the repercussions of speaking out, particularly if their attacker is an established member of the church. Tiffany Bluhm, author of Prey Tell: Why We Silence Women Who Tell the Truth and How Everyone Can Speak Up, explained why we have developed this damaging attitude. 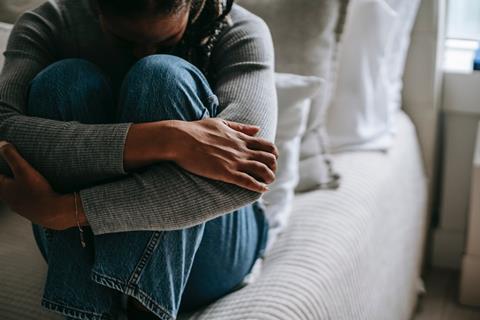 She said: “It was never part of the plan for women to be silenced or reduced to nothing. In the first century, the early church fathers were very much influenced by the Greco-Roman influences of the day. Unfortunately, those voices taught that a woman’s body and her voice and her testimony were inherently evil.

“She did not exist for goodness in the world, she was the existence of evil and if you were to bed her you allowed that evil into your own life. Even in the courts she could not be on the stand because she would only be there for fear of punishment or for person gain. She apparently wasn’t capable of truth telling at all.

“Our early church fathers adopted that, they taught that, they preached that, they discipled that and then you fast forward to the time of the printing press and now these ideas are mass produced and are in people’s homes and not just from the pulpit.”

It was never part of the plan for women to be silenced or reduced to nothing in the church.

As well as these ancient attitudes towards women seeping into modern day society, the introduction of “purity culture” also did some serious damage to women and how they were perceived. 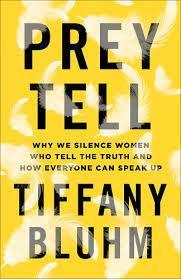 Tiffany said: “In the 70s coming off the sexual revolution, the South Baptist Convention wanted to swing that pendulum the other way, so they said: ‘Here’s how we stop this, blame women. Tell women it’s their job to control a man’s body or a man’s gaze and if something does happen, she deserved it.’”

But why have we seen a spate of powerful men being accused of these horrific behaviours? Tiffany said: “In every sphere that we work and worship we are subject to these power dynamics that are often seen as culturally acceptable. It is acceptable to talk rudely about women. It is acceptable to groom women close to you to then manipulate them and allow those narcissistic tendencies that might have got you to a place of leadership in the first place.

“As men have an accent to power, they see themselves as more sexually desirable and they will look to the women closest to them to fulfil that need. Not realising that the implications or ramifications on that woman’s life. Whether she’s single or married, young or old, she’ll be taken advantage of.

“The really confounding thing is that often when men do display more egalitarian practices in the workplace, they’re seen as weak – not only by men but by other women.”

“As men have an accent to power, they see themselves as more sexually desirable and they will look to the women closest to them to fulfil that need.”

Despite the bleak history, there are plenty of things organisations and churches can do now to protect and elevate women who have previously felt silenced.

Tiffany said: “What I and experts would like to see is first transparency. Understanding that protecting those at the top is actually more expensive, and more costly and will do more damage to your brand or church or organisation. We live in a world where people will get found out. Women will get brave and tell their stories whether it’s 10, 20 or 30 years later, they’re going to tell their stories. I think first transparency at the highest level is necessary.

“Next, I think having channels where women can report. So many women don’t know where to go when something has happened. When I was harassed by a man in the faith community, I thought to myself: ‘Where do I go with this? Who do I tell? What do I do?’ I didn’t know and that’s a problem. I should have known where to go with those feelings of shame and that disregard for my personhood.

“If there is an organisation that for any reason has non-disclosure agreements or secret settlement with women around the issue of sexual misconduct, run for the hills. That is not a safe place. What happens is, although we’ve seen that as the only women to have retribution in reality, anyone in the future walking into an organisation, won’t have any clue that they’re walking into a place that allows men to cover up their mistakes in a way that women are going to suffer in silence.

Understanding that protecting those at the top is actually more expensive, and more costly and will do more damage to your brand or church or organisation.

“Accountability boards must include men and women. There must be women in the situation, it’s easy for men to feel bro-y in any community, but having women there that he has to confess and admit his actions to makes a difference. Women need to be in the room and not just one tokenised woman for performative purposes but many women who can call things out.

“Research shows that when women are on boards like accountability and business boards, men are less likely to make risky decisions. Our presence is powerful. We are not a threat when we are in places of influence.”

You can buy Tiffany Bluhm’s book Prey Tell: Why We Silence Women Who Tell the Truth and How Everyone Can Speak Up here.