Why I’m giving up guilt this new year

Rachel Pearce explores the difference between healthy and unhealthy guilt, and explains why she’ll be leaving the latter at the cross in 2022. 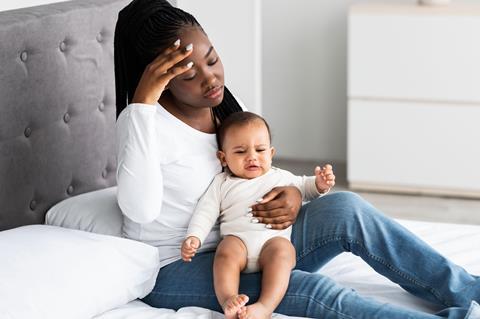 Giving up guilt is harder than it sounds, particularly for parents

I’ve attempted numerous new year’s resolutions with varying degrees of success; giving up alcohol (pretty well), chocolate (a little less well) or social media (appallingly). This year I want to do something more meaningful. Something that will last way beyond 2022. Something that might change my life forever.

Sometimes when I allow my guilt to fester I feel a flood of shame wash over me and a sense of panic beginning to take root.

Now, I’m not saying that all guilt is a bad thing. Sometimes I do things that are awful, and I definitely should feel guilty about them. God gave us a conscience so we don’t just do whatever we feel like, regardless of whether it is right or hurts others. The world would look even more like a Tarantino filmset if we didn’t have this inbuilt guilt mechanism.

Healthy guilt brings us to a realisation (or an admission) that we’ve done something wrong and propels us to a place where we apologise or repent, then make amends. If I stole a pair of trainers from a shop (don’t worry, I didn’t!), I would feel terrible every time I wore them. I would need to ask God’s forgiveness, then return to the shop and apologise. Then I would need to pay for the trainers. After that, there would be no need to dwell on it.

If Jesus died on the cross to take away my sin and shame, why keep wearing it like my own personal crown of thorns?

By contrast, unhealthy guilt causes us to leap to unhealthy conclusions. For example, I shouted at my daughter when I should have calmly asked her to do something. That leads me to believe that I’m a horrible person. She would probably be better off without me. The world would be a happier place if I wasn’t in it.

I don’t often feel like this, but sometimes when I allow my guilt to fester I feel a flood of shame wash over me and a sense of panic beginning to take root. I remember the many other terrible things I’ve done in my life and take a sickening walk down a guilt-strewn memory lane. I wonder why anyone would want to know me.

A better way to deal with guilt

Next time this happens – and it invariably will – I’m determined not to let it take hold of me. Instead, I will ask:

Most importantly, I am committed to taking my guilt to God. If Jesus died on the cross to take away my sin and shame, why keep wearing it like my own personal crown of thorns? I should lay my guilt at my saviour’s feet and thank him for paying the price for it. Then instead of moving on, I should allow myself to rest in his amazing, unconditional love, which has wiped the slate clean.