We were smacked when we were young, but wouldn’t do the same to our children

Smacking your child will be made illegal in Wales this week. While in England the government is encouraging people to call the police if they witness a parents smacking their child. We asked four women about their experiences of smacking and what they thought of the new rules. 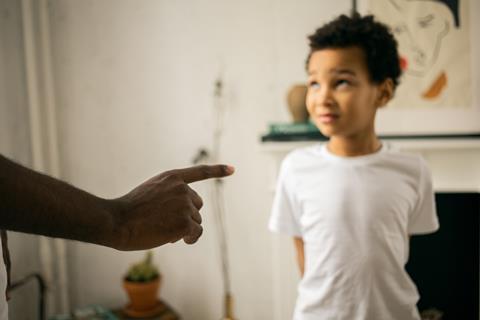 “It was only ever a last resort”

I remember being smacked occasionally as a child. My parents were very loving, and very gentle in their approach to discipline. It was only ever a last resort and was never done out of anger. Because of that, it took on an added seriousness on the few times it did happen - I knew my behaviour must have been really out of line and felt remorse as a result. As a parent, I know times and attitudes towards smacking have changed and it is not a form of discipline I take (although my own personal opinion is I never suffered because of being smacked). However, I think it is extremely dangerous for governments to ask neighbours/friends to report on others. Of course, where child safety is in question, it is vital that help is sought, but I am concerned it could become a slippery slope - where else could it lead in the future?

I was smacked as a child, well beaten actually. We had different punishments such as having to kneel down with our hands held above our heads for as long as our parents felt necessary. I remember it being hours but I was probably just bored as a kid and that’s why it felt this long. When it came to smacking, we’d get whipped with a thin reed from a traditional “Nigerian broom”. They were so thin it felt like they sliced into the skin and left skinny welts that were incredibly painful but didn’t leave any long lasting marks. Sometimes we’d get told to go into the garden and find the stick for our punishment, other times it would be with a leather belt or a wooden spoon. I grew up knowing that this is traditional Nigerian custom but as an adult I recognise we were beaten quite a lot comparatively. If I had children I definitely wouldn’t beat them once they were old enough to understand why they were being told off but I can’t say I wouldn’t lightly smack the bottom of a toddler.

My mum was a fan of the wooden spoon – it was never hard enough to bruise but always hard enough to shock. My dad on the other hand loved a drink and on rare drunk occasions would dish out a slap. I could tell he felt guilty about it, even though he didn’t apologise. They were both smacked themselves, my mother on occasion but my dad regularly by the vicious teachers that ran his school. They were of the opinion that it: “Never harmed them.” Ultimately it didn’t physically harm me, but I don’t think I fully understand the psychological impact of fearing the pain of it. I wouldn’t smack my children, in fairness I don’t have children, so I don’t know the absolute limits that I’m sure they would push me to from time to time. But I like to think I could stand firm and would pray for the fruits of the spirit to help me get there.

“A spare the rod, spoil the child approach”

I was brought up with a “spare the rod, spoil the child” approach, so smacking was one of the ways I was kept in line. I would be warned first, then smacked if I persisted. After that we quickly moved on. I didn’t like it, but I’m not sure it did me any lasting harm. I have children myself now and don’t intend to smack them – even when they drive me nuts. How can you tell a child not to hit others if your punishment for hitting is to hit? So I guess I fundamentally agree with the smacking ban, but I don’t like the idea of people being hardwired to spy on other parents unless obvious abuse is taking place, in which case it should obviously be reported and dealt with as a matter of urgency.