Rest is biblical and the new four day working week will be a blessing to many. But writer Lauren Windle asks if it will be accessible to all shift workers and those in lower paid jobs or just those who sit at a desk.

Most of us work too much. We’re not good at turning off notifications, closing our laptops and logging off. We know that our work time will be more productive if we down tools observe clear off days, but we struggle to implement them. Why rest so we can be more productive tomorrow, when we can plough through and tick off our to-do lists today? 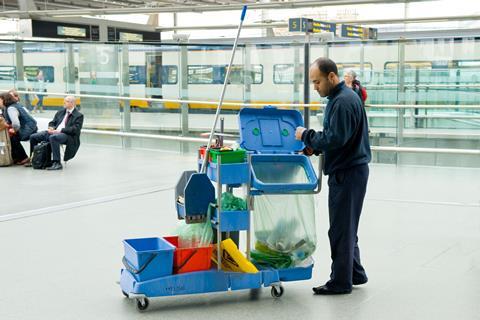 Will shift workers, like cleaners or nurses, be able to enjoy a four day week and the same pay?

I’ve felt and done this countless times over the last few years, but ultimately, it’s my arrogance and need to control that pushes me into work overdrive. If God took a day off (Genesis 2:1-3), why on Earth would I think I don’t need one?

The idea that more rest results in more effective working hours, is what’s driving the new four day working week initiative that is being trialled in the UK. Starting this week more than 100 companies will shut down on a Thursday evening and open their doors again the following Monday.

I had two initial thoughts; firstly, this is brilliant. Second, the people on that trial better not mess it up for the rest of us.

The idea that families wouldn’t have to pay for Friday childcare, that people can be at home more, that people can take a bit of extra time to themselves to relax and decompress is a wonderful thing. And if previous trials have been anything to go by productivity won’t be harmed at all, so it’s win-win.

I eagerly read about the concept lapping up the potential health benefits and picturing myself spending Fridays wafting through daisy covered meadows and picnicking on the beach.

I had two initial thoughts; firstly, this is brilliant. Second, the people on that trial better not mess it up for the rest of us.

But the more I read the less convinced I was that the scheme would be universally beneficial. Speaking to The Times, Professor Sir Cary Cooper, chairman of the National Forum for Health and Wellbeing at Work, pointed out that the new scheme could pile extra stress and pressure on the four days that people are in the office and, more vitally still, wouldn’t be practicable for those who work flexibly.

Wellness shouldn’t just be for the wealthy.

I fear that four day working weeks will be reserved for office staff, for people in big, tall glass buildings who already have decent salaries and pension plans. I work for newspapers, and I could take on four shifts a week, but would then only be paid for my four shifts, meaning a 20% pay cut. What about often shift workers, like cleaners? Will they be leaving the bins full and the floor unvacuumed on a Friday but still taking home the same pay-check? I doubt it. And don’t get me started on NHS nurses who already work 12-hour days when we really should have three nurses on rotation per day working an eight-hour shift each. Will the famously-strapped-for-cash NHS have enough staff to cover four-day weeks for those medical professionals who probably need the break the most?

I don’t want to be down on a policy that is good and healthy and biblical and will undoubtedly result in a better quality of life. But I do want to flag that wellness shouldn’t just be for the wealthy. Perhaps we should start by thinking of schemes that ease the burden on the lowest paid in society and then work our way up.