MUM’S THE WORD: Mum-of-babies and mum-of-teens compare notes on keeping on top of the mess

Every stage of parenting poses its unique challenges. Each fortnight mum-of-babies Rachel Pearce and and mum-of-teens Claire Musters compare notes on the ups and downs of everyday life. This time: tackling the mess. 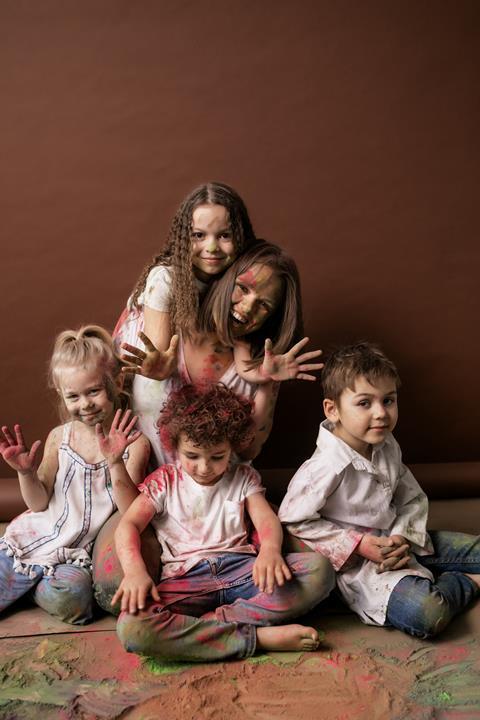 It was a wet, windy day and we’d just returned from splashing in muddy puddles. The hallway carpet was strewn with discarded welly boots and spattered with mud from the clogged buggy wheels. I popped the kids into their highchairs in the kitchen to give the carpet a quick vacuum. I’d dished out the craft stuff before I set to work: water painting for the baby and paint sticks for the toddler. What could possibly go wrong?

I left the room for approximately three minutes. By the time I glanced back in, the kids had been replaced by Smurfs. The toddler had not only given herself a blue paint-stick facial, but had encouraged the baby to follow suit. By the look of his tongue, he’d also had a little painty snack while he decorated his visage.

I left the muddy hallway to address the blue-face dilemma, by which point my white T-shirt (what was I thinking?) had taken on a tie-dye appearance. Given that the health visitor was due to arrive, I nipped upstairs to change.

I left the room for three minutes and when I glanced back in, the kids had been replaced by Smurfs.

Returning to the scene of the grime, I was greeted with a nose-shattering scent. The baby had gone the extra mile, with green poop visible above his neckline. Naturally, he had rubbed his hands in it and drawn what looked to be a crocodile on his tray. A Picasso in the making.

There was only one thing for it: a quick bath! We left the toddler playing beautifully with her dolls in the living room while I plunged baby into the soapy water, most of which ended up on the floor, to be cleared up later. At that point the doorbell rang, so we bolted down the stairs just in time to find a naked, Sudocrem-encrusted toddler walking through the muddy hallway on all fours.

As she flung the door open, the health visitor gave me the look. “I won’t stay long,” she said.

The constant picking up, Claire Musters

I work from home, so may be overly sensitive about this – but what is it about teenagers and mess? I understood that, when my kids were little, there would be a lot of “stuff” around. However, we always made the tidying away of toys a fun game as soon as they were old enough to help me with it. They were great, and really took ownership of it. I only wish my teenage kids took as much enjoyment from picking up their clothes from the bathroom floor – and their plates, glasses, art equipment, drumsticks, school bags…

To be fair, their dad can be just as messy. He works from home a lot too, but doesn’t have a designated home office, so paperwork, laptops etc. seem to encroach ever further onto our living spaces. And, in all honesty, after a big tidy up over the weekend, and starting a fresh week zealously picking up after them, I get lax towards the end of a busy week.

However, even in those more zealous moments I do find myself asking: “I’ve always taught my kids that clearing up after themselves is important – so why does this seem to be a constant battleground?”

“I’ve always taught my kids that clearing up after themselves is important – so why does this seem to be a constant battleground?”

Parenting forums say a teenager’s bedroom is their own space, so let them be messy. While I don’t expect their rooms to be as a neat as a pin (the rest of our house isn’t!) I don’t want to encourage the growth of things that just shouldn’t be in a home because they can’t be bothered to bring a glass downstairs. And, occasionally asking if I can keep on top of the mess can be a way of finding out vital information. I recently discovered my daughter’s exam timetable amongst the folders on the floor (on the day of her deadline for letting the school know of any timetable clashes, once she had already left for school of course).

I have recently started a gratitude journal and so now, when I’m picking up clothes from the bathroom floor for the millionth time (sometimes sniffing them to see which belong in their room and which in the washing machine – not a job for the faint-hearted!) I try to turn from complaint to thankfulness – thankful that I have children to pick up after, and thankful that God has called me to be their mum and look after them for this short period of their lives.

I am not going to give up teaching them that picking up their own mess is the right thing to do – as adulthood creeps ever closer I am aware of the life lessons we as parents can instil in them. This one is high on my agenda!