He stole my childhood

Child sexual abuse within religious settings is sadly all too common, as recent news reports have highlighted. Ann-Marie Wilson, founder of anti-female genital mutilation (FGM) charity 28 Too Many, shares her story. 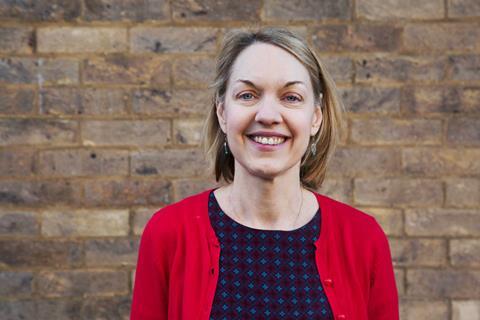 I was seven when it happened. I’d stayed after school for a tennis lesson but needed to go to the toilet, so I ran back inside. I saw the sun glowing in the glass of the double doors as I pushed them open, almost colliding with a man. It was a priest who taught us the catechism and took Mass.

“Where are you going, young lady?” he said, smiling.

I told him I was on the way to the toilet. His next question struck me as odd, as he asked me to show him the swimming pool, which was really close by, but no alarm bells rang. Why would they? He was a man of God.

What happened next is a jumble of confused impressions. I remember feeling very upset and disorientated. My hair was wet and I couldn’t understand why, and I couldn’t find all my clothes. Bits of my uniform were missing and I was very distressed because I thought I’d get told off for losing them.

By the time I got out to the car, my mum was cross. “Where on earth have you been? We’ve been waiting for you for ages.”

I burst into tears but couldn’t explain as there were other girls in the car.

When I did tell my mum, she asked me for the priest’s name and rang the school. The next day, ‘Father X’ had gone and nobody else knew why. I kept silent but felt this enormous weight of guilt. It was all my fault.

The pain of remembering

I blocked it out of my memory for years, and it only surfaced when my mum suddenly said: “Do you remember that priest who you said kissed you but not like Daddy does?

I felt this terrible rush of anger because I’d been made to remember something I could never forget.

The abuse stole my childhood and led to a lot of problems. I had an eating disorder as a teenager and was a perfectionist with impossibly high standards. Predictably, I had real trust issues with men.

It wasn’t until I learned I had incurable cancer and started thinking about my life while writing my book, Overcoming (Monarch Books), that I decided to pursue justice. I told my story to the Independent Inquiry into Child Sexual Abuse (IICSA), led by Professor Alexis Jay, which gives a voice to victims. Being believed felt cathartic.

“It wasn’t your fault,” they told me. “It was wrong what he did. He was an adult; you were a child.”

I felt lighter, but I was already free. As a Christian I’d had an amazing Holy Spirit encounter where Jesus made it clear that I wasn’t the dirty, shoddy piece of rubbish the sexual abuse had made me feel I was. I was precious and loved.

If you need help

Thirtyone:eight offers advice and support to protect people from abuse

The Warrior Within handbook facilitates recovery from sexual violence

Ann-Marie Wilson tells the story of starting 28 Too Many in the November issue of Woman Alive – out next week!