After marriage a friendship reshuffle is inevitable as you settle into a groove of married life. But writer Lauren Windle argues that married women often navigate this very badly, leaving their single friends feeling left out in the cold. 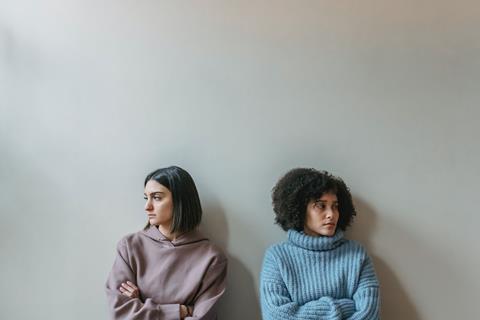 The biggest factor affecting my female friendships is their relationship status. My unmarried friends bundle themselves around me, accepting invitations, promptly responding to WhatsApp messages and excitedly exchanging details of single life. But for a lot of women, when they get married, something changes.

In the changing dynamic and set up of marriage, a woman’s friends no longer have the same priority. This is something I don’t disagree with, I think a cabinet reshuffle is inevitable. But what I don’t like is the ditching. It’s the culling of friends in order to make way for his or just for more couple time. It’s the assumption that your single friend will want to hang out with the two of you together and no longer needs one-on-one time. It’s sharing your single friend’s secrets with your husband because you “don’t keep anything from each other”. It devalues the friendship and the person, and it feels awful to be on the other side of it.

She said: “I feel like she used us to ‘get her over the finish line’ and now she’s there, she’s just investing in her married friends.”

Chatting to a friend about her experience with a now married mate, she said: “I feel like she used us to ‘get her over the finish line’ and now she’s there, she’s just investing in her married friends.” While another said that now that one of her closest friends was married, she’s never invited over to dinner, despite having had the newlyweds over to her house several times. Instead they post endless pictures on social media of them entertaining other couples.

But it’s not just friends who take a hit, another woman told me that her friend stepped down from her church commitments in order to focus on her husband in their first year of marriage. But surely what made her so attractive was her rich life and servant-heart?

Many single women announce that they “will never be one of those wives” before they ceremoniously giving up their friends, ability to speak in the first person and sense of humour.

Am I being a bit mean? Yes probably. If I meet a man who I decide to marry, will I want to immerse myself in our new life together and cocoon ourselves in a love nest confined only by the pillars of our marital four-poster bed? Yeh, maybe. But also, surely after a week of that the novelty wears off and you embrace the normality of life (and two litres of cranberry juice)?

I’ve heard so many single women announce that they “will never be one of those wives” before they ceremoniously giving up their friends, ability to speak in the first person and sense of humour. I like to think that because I’ve seen it modelled so badly, I’ll be able to break free of the pattern and only marginally alter my social group post-nuptials but quite frankly who knows?