BBC documentary Sold: The Sex Slaves Next Door is a painful watch but we do need to hear these women’s stories

Rosie Gillum reflects on the devastating effects of sex trafficking and modern slavery after watching the BBC’s Sold: The Sex Slaves Next Door. 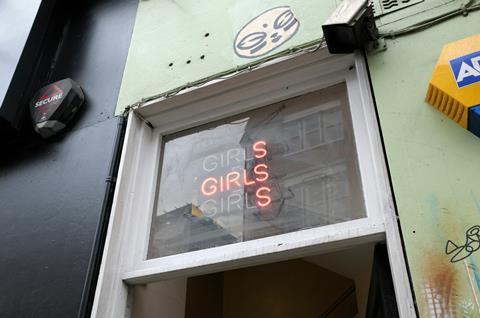 I finally mustered up the energy to watch the recent BBC documentary Sold: The Sex Slaves Next Door in which journalist Jean Mackenzie heads out on a journey to expose and report on the reality of sex trafficking. Am I glad I watched it? If I were to answer that question based on how it impacted my emotions and the seeming hopelessness in my response to this crisis, it would be a definite no. However, I believe we cannot let this evil continue unrecognised and largely unpunished; therefore, being confronted once again with real faces and their stories is something I feel we need to do.

Growing up, we spent a few summer holidays in the mountains of Romania, where we helped run camps for children from Chisinau, Moldova, Europe’s poorest country. It was on these weeks out in idyllic meadows brimming with wildflowers (picture the Sound of Music) where I first encountered the stark disparity in wealth between our two nations and was made aware of my privilege. I remember overhearing conversations about the potential dangers facing some of these young destitute girls in Eastern Europe, and even then my heart was broken. I still had no idea that it was happening in hotels and houses down the road from our cosy family home in West London where everything felt safe.

Typically, they are children desperate for love. They have never been told, “I love you”.

The documentary follows the journey from Romania to the UK, where girls as young as ten years old are targeted and groomed by traffickers. Typically, they are children desperate for love. They have never been told, “I love you”, and desire it so greatly that when a trafficker lures them in with love and affection they want to believe it is genuine. And I fear they do believe it, which is why they remain loyal to their trafficker even when the affection turns to threats, abuse, and ultimately the girls being pimped out, often multiple times a day. One victim was able to recognise that: “They were my friends. But only in my mind. I was just a slave for them. I was doing everything they told me to do.”

The emotional abuse from being trafficked and sold into sex is enormous and each survivor will require immense aftercare treatment in order to restore all the evil they have been forced to endure. There are also huge physical dangers; traffickers are criminals who will not stop at anything. Regularly, girls are murdered by their traffickers. And if a victim speaks out to the authorities, they may be putting not only themselves but also their families at risk. For this reason, there is great reluctance for victims to report the crimes and testify against their traffickers, who are often part of large criminal networks. They simply do not feel safe doing so.

They remain loyal to their trafficker even when the affection turns to threats, abuse, and ultimately the girls being pimped out, often multiple times a day.

And sadly the police do not always provide the protection required. We heard that in a county in Romania there are more than 100 missing girls and only a handful of investigators, meaning it is simply impossible to do what is necessary to find these girls. If we care about and value human life, the systems need to change, both here in the UK and in the victims’ home countries, in order for the most vulnerable to be protected by the institutions who exist to protect them. As things currently stand, it simply feels like we do not care.

A police detective, who is part of a modern-slavery unit in Manchester, was asked if it feels like he’s fighting a losing battle. He thought about it before responding, “No, we’re fighting a big battle, but not a losing one.” I leave you with this challenge: are you willing to be a part of fighting this big battle?

Find out more by watching the documentary Sold: The Sex Slaves Next Door and through organisations such as Justice and Care and International Justice Mission.

Rosie GillumRosie Gillum is passionate about social justice and tackling modern slavery. She works as a family support manager for Safe Families UK.