One woman's fight against FGM

Ann-Marie Wilson talked to Clare Blake about a chance meeting that led her to found 28 Too Many, a charity with a mission to end the shocking practice of female genital mutilation 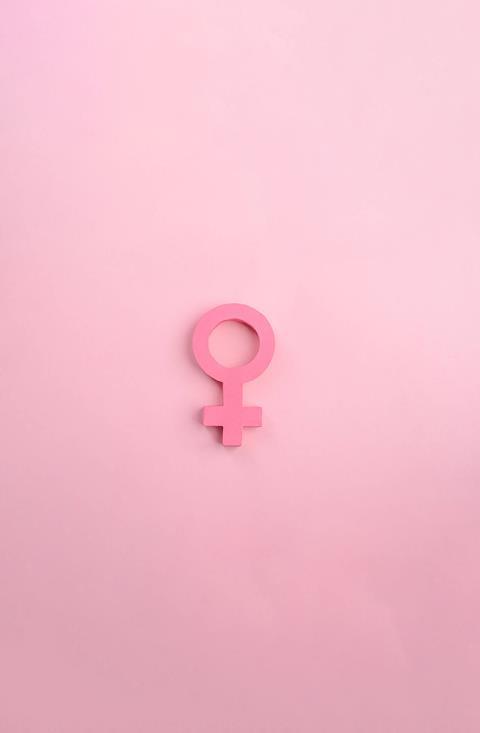 Esther in the Old Testament risked everything to obey God, when challenged to do so. Ann-Marie Wilson’s own Esther moment came when she met a young Sudanese girl called Fatima* wandering through the scrubland of war-torn West Darfur. Fatima’s story was incredibly sad. A savage militia raid had wiped out all her village except Fatima, who survived in spite of being brutally raped and left for dead. Ann-Marie met her when she was just ten…and heavily pregnant.

Ann-Marie was deeply disturbed by Fatima’s situation and worried that the girl would experience further trauma giving birth as she’d been subjected to female genital mutilation (FGM) when she was five, an age-old tradition aimed at preserving girls’ purity.

A horrifying rite of passage

The use of sharp thorns, dirty fingernails and rusty blades to carry out FGM often leads to infection, sepsis or even HIV; while many girls also suffer additional complications with difficulty urinating and menstruating, problematic childbirth and painful sex. Hawa from Somalia recalls the trauma of being cut: “I remember an explosion of hot, searing pain…I screamed like a trapped mouse.”

FGM often has cultural or religious overtones and signifies that a girl has entered womanhood, but to Ann-Marie, it is a violation of human rights. Fatima’s plight made her heart overflow. “Who will help girls like this?” she cried. To her utter amazement, Ann-Marie heard God say: “You will.”

Ann-Marie almost laughed out loud. She was a white, London-based HR consultant with no medical training, but she knew she’d heard God. “It was like a shard of glass pierced my heart and could not be dislodged.”

Fit for the task

After returning home, Ann-Marie started to act on God’s call. She took the radical step of giving up her well-paid job and invested in relevant training, including learning to deliver babies in Pakistan, working with charities overseas and studying at All Nations Christian College.

She thought she’d be supporting a work headed up by an African Christian, but it was soon clear that God wanted her to pioneer something new. Starting a charity from scratch was daunting, but she covered a wall with ideas scribbled on post-it notes which, combined with lots of prayer, birthed a compelling 10:10:10 vision; a ten per cent reduction in FGM in ten countries within ten years. Launched officially in 2012, the charity’s name, 28 Too Many, referred to the 28 African countries where FGM was prevalent. Church Mission Society (CMS) became the charity’s partner, while Ann-Marie received four years of invaluable mentoring via a Tearfund ‘Inspired Individual’s’ scholarship. 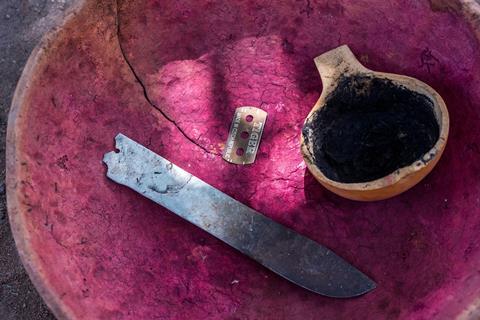 As the charity’s reputation grew, support came from some surprising places. Ann-Marie could not believe her ears when she was offered a totally free advertising campaign by Ogilvy and Mather. It was a surreal experience, spotting red buses all over London displaying the message: “FGM: It happens here.”

28 Too Many adopted a novel pincer approach for tackling FGM. A top-down (policy and legislation) strategy involving extensive research led to detailed reports on each of the 28 countries where it is still common, including information on existing laws and recommendations for change alongside themed reports on specialist FGM topics. These provided a valuable resource for key influencers like faith leaders and activists.

At the same time, the charity focused on a bottom-up (community and education) approach, providing on-the ground resources and training, as Ann-Marie knew how vital it was to get local communities on board.

It was exciting for Ann-Marie to see grassroots action when she travelled with Cricket Without Boundaries. The charity taught cricket alongside addressing important issues. Ann-Marie was only allowed to speak on FGM through a male interpreter. When she saw the women sitting separately in the crowd who had gathered to hear her, and knew that they were all FGM victims, she burst out in frustration: “I don’t even know if I’m allowed to talk about FGM in public”, whereupon the chief thumped his ceremonial stick on the ground and said: “You have permission” in impeccable English.

I remember an explosin of hot, searing pain

28 Too Many has also set out to educate young boys and men as future influencers about the evils of FGM. Ann-Marie had to smile when she saw boys in a Somali refugee camp wearing T-shirts with the logo: “I want to marry an uncut woman.” Slowly, communities where girls have been cut are choosing to abandon the practice.

Pioneering such a work has involved considerable sacrifice, even delaying marriage to the man she loved who promised to wait for her until she retired, but sadly died before that happened. Over the years Ann-Marie has dealt with jealousy, criticism and questions over her integrity, but in 2015 faced a bigger obstacle when she was diagnosed with incurable non-Hodgkin Lymphoma (NHL).

Ann-Marie refuses to let cancer cramp her style and has taken on new roles as a lay pioneer minister, honorary hospice chaplain and Benedictine Order oblate (lay novice). She’s still fundraising too, raising almost £20,000 for a 28-mile wheelchair marathon in the shape of Africa for 28 Too Many and tackling the Virtual London Marathon 2021 (walking) to raise funds for North London Hospice, where she’s a patient.

Ann-Marie’s anti-FGM work has garnered a lot of praise. She’s been given a British Citizen Award, an Evangelical Alliance Inspire award and been chosen as a Good Housekeeping heroine in 2016, while the Ogilvy and Mather FGM campaign won the prestigious Global Advertiser of the Year, beating multi-million brands like Nike.

Another important achievement was getting the elimination of FGM included in the UN’s Sustainable Development Goals, but the one that perhaps brought Ann-Marie most joy was the Sudanese government’s new legislation outlawing FGM following 28 Too Many’s groundbreaking FGM Model Law report in 2020. It is 15 years since Ann-Marie met Fatima in Sudan and Ann-Marie rejoices that Fatima’s grand-daughters are now safe: “It’s an extraordinary answer to my prayers – a glorious legacy.”

Hannah and Grace were horrified when they learned about the health risks of FGM at school and ran away from their Maasai village, only returning when they had received the promise that they would not be cut. The chief let the girls speak up about it and their passion convinced the community to abandon FGM. No girl has been cut since.

Read more of Ann-Marie’s remarkable story in her book Overcoming (Monarch). All profits from its sale go towards ending FGM. To find out more about 28 Too Many, visit: 28toomany.org