‘My garden brought me hope’

Rachel Bearn shares how being close to creation helped bring her back into relationship with God. 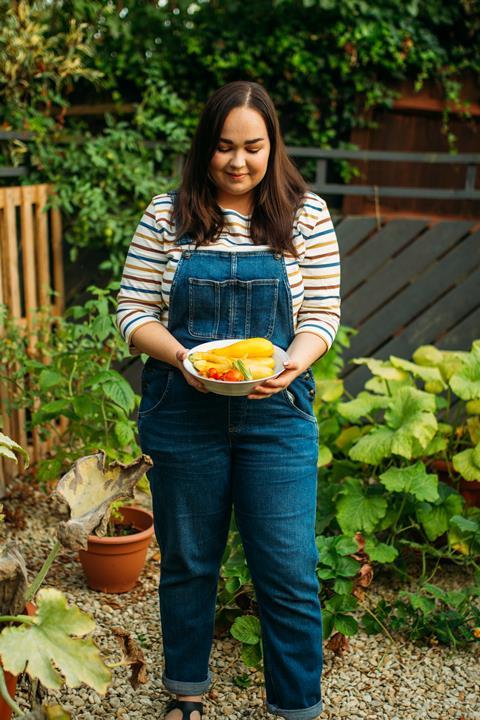 “I’m going to diagnose you with ME/CFS” said the consultant.

I nodded back in response. My mind was numb. It had been just over a year of constant chronic pain and fatigue. During 2019 I had a myriad of tests and treatments, which had only made things worse. The condition they had originally thought I had was treatable but now, twelve months later with my symptoms much worse, it was obvious I had been misdiagnosed. I knew myalgic encephalomyelitis/chronic fatigue syndrome wasn’t treatable. There were no medicines, no physiotherapy, no special diet that would help. This was it. My life would be filled with crippling pain and fatigue for the foreseeable future…possibly forever.

As my husband drove me home from the hospital that day the tears began roll down my cheeks. “This isn’t fair,” I thought. “I’m only 25, this shouldn’t be my life.” I knew that there would be no going back to work now. The last year of illness had rendered me almost completely housebound. I’d had to give up my dream job as a school librarian, I’d lost friendships, I couldn’t enjoy any of the hobbies I once had, and I could barely make it to church or small group. I felt lost and completely alone. Where was God? And why had he abandoned me?

As the months went on I could feel my faith disappearing, and it was replaced with anger and resentment. I couldn’t believe in what my church was preaching, that God loved me so much. How could he love me when the pain was so bad? Why wouldn’t he take it away? If this was supposed to be God’s way of loving me, then I didn’t want any part of it.

For Christmas 2020 my husband and I received a box of ‘grow-your-own’ veggies. It included pots, compost and some seeds. I had been wanting to grow my own food for years but when I became ill it felt like another thing I would never be able to do. With the encouragement and help of my husband, however, I decided to give it a go.

Connection with the earth

One morning in March 2021 I pulled out the packet of seeds and started to plant them up in our spare bedroom. As I repeatedly placed my finger down into the soil to make small holes for the seeds I felt a connection to the earth and creation. Before I had become ill the natural world had been where I’d felt closest to God. I would go on walks through forests and along beaches and feel his presence with every step. But my mobility issues had made those walks hard and painful. Feeling the soil with my bare fingers that day, I was reminded of the connection I’d once felt. A connection to the earth and to our creator.

Each day I watched in amazement as the tiny seeds began to grow into green shoots pushing their heads up through the soil. Every seedling had two little green leaves heralding the beginning of new life. Each day they brought hope and as I tended to them with water, turning them round on the window sill to make sure they got enough sun, I sensed that God was with me.

Soon it was time to plant the seedlings outside. With some help, I got them all into pots on the patio of our rental property. As the days became sunnier and the plants grew stronger, I began to learn just how incredible creation is. Until now I’d had no idea that every fruit begins as a flower and that some are male and some female. I learned that each plant needs a bee to come along and take pollen from the male flower and move it to the female one for the fruit to grow. I couldn’t believe just how intricate and magical creation is. This is true artistry and I found myself marvelling at the artist once more. Soon I had courgettes and tomatoes to eat all from those tiny seeds I’d planted, along with raspberry and strawberry plants from the garden centre.

My illness is still very debilitating, I have constant pain and fatigue but growing plants in my garden brought me hope. It reminded me of God’s steadfastness, his faithfulness and his love for creation. In James 4:8 it says, “Come near to God and He will come near to you.” My illness had caused me to move away from God, but he had never left me. When I began to plant those seeds and come close to creation I came near to God again, where he’d been waiting all along with arms opened wide ready to welcome me home.

Rachel BearnRachel Bearn is a freelance writer and student based in the Cotswolds.