‘I’ve always been a pacifist’

Veronica Zundel reflects on whether war is ever just, and encourages us to live out our ideals today 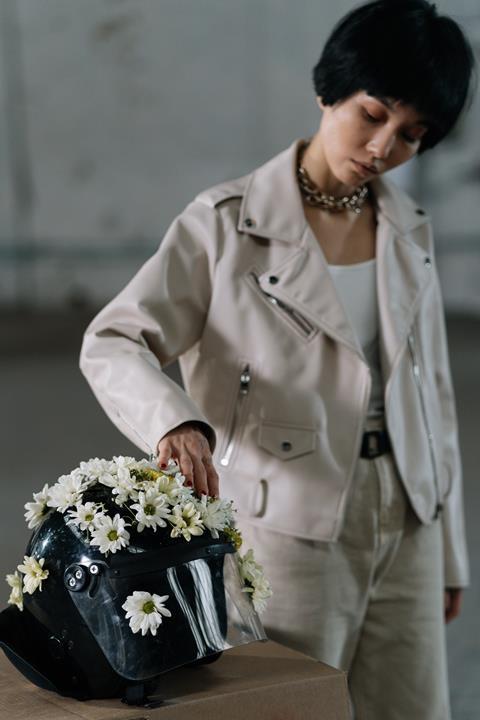 I don’t know if, like me, you’ve been watching David Olusoga’s latest fascinating series A House Through Time. In each series he takes a house in a British city that’s at least 150 years old, and tracks the history of those who lived in it. He turns up all kinds of shocking and inspiring stories of those who rented it.

The latest series profiles a mid-Victorian house in Leeds, charting the rise of the industrial city as it does so. There’s the usual mix of professional and wealthy occupants with the odd murder, financial crash and fraud. But one family in particular struck me. They were Quakers, and the father was heavily involved in anti-war campaigning, first in the Boer War (during which the British invented concentration camps) and later against the First World War. He wrote letters to The Times and distributed leaflets in the streets, and for his pains he experienced huge criticism and even had objects thrown at him. But, hearing about him, I was heartened that, even in the late 19th century, there were peace activists who did not let the unpopularity of their cause put them off.

Is war necessary? In the early 1980s Mennonite writer and speaker Ron Sider, author of Rich Christians in an Age of Hunger (Thomas Nelson), made a speech in which he wondered whether we could raise a cohort of Christians as fully trained in peacemaking as soldiers are in battle, and as prepared to die for peace (but not to kill for it) as the military are to die for victory. The outcome of his challenge was the organisation Christian Peacemaker Teams, who undergo training in non-violence and mediation, and go to live in areas of conflict to stand with those who are being attacked to try to reconcile communities. After 40 years they are still small and little known, though they became front page news when the lovely Norman Kember (who I have met) and three other team members were taken hostage in Iraq, and one of their members, Tom Fox, was killed. The surviving hostages were rescued by the SAS, a move Norman Kember did not endorse, even though no shots were fired; indeed he called for the withdrawal of coalition troops from Iraq.

Not many are prepared to go this far, though there are several other similar peace organisations, such as The Ecumenical Accompaniment Programme in Palestine and Israel (EAPPI), the US Peace Corps and the secular organisation Peace Direct, who work with local peacemakers with considerable success. Mennonites, Quakers and other peace churches now have many years of expertise and experience in conflict resolution and the UK charity Bridgebuilders trains clergy and lay people in mediation skills. Yet still our government, and others, increase our ‘defence’ budget and by comparison the money given to peacebuilding is minuscule.

I think I’ve always been a pacifist, and more so as a result of my 24 years in the Mennonite church. A pacifist is not a passivist, who simply does nothing in response to violence; rather it is someone who seeks alternative, non-violent ways of resolving conflict, accepting the risks attached. And yes, I am a daughter of Holocaust refugees, who is grateful that ‘we’ won the Second World War; but the commonly held view that that particular war was inevitable and ‘just’ is simplistic and inaccurate. A ‘just’ war requires, among up to seven conditions, that the means should be proportionate and not target civilians – hardly true of the Second World War with its carpet bombing and nuclear strikes. We should always remember that Augustine formulated his just war theory in the days of swords, siege engines and bows and arrows; its conditions cannot possibly be met with modern, especially nuclear, weaponry.

A pacifist is not a passivist, who simply does nothing in response to violence

When I say I’m a pacifist, people sometimes say: “Pacifism is all very well in an ideal world.” In response, I would ask: why would pacifism be needed in an ideal world, since there would be no war in such a world? Also, how do we expect to get to that ideal world if we never practise our ideals here and now? I was never likely to be called on to participate in actual warfare; but I do what I can to campaign against our resorting to it, including supporting Conscience: Taxes for Peace not War, which works for an option to divert the military part of our taxes to a peacebuilding fund. Why should we have the right not to fight, but still have to pay for war?

When it comes to the crunch, how can the followers of the Prince of Peace, who taught non-resistance and who died for our salvation – but refused to kill for it – be anything but committed to peace and actively opposing war?