Veronica Zundel suggests that identity gives meaning to our lives, but it is dangerous to make it a source of pride 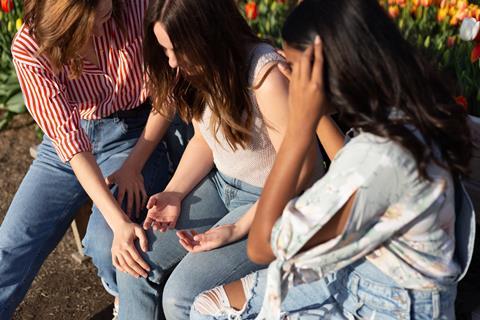 When I was working in my gap year, with my former schoolfriend Val, we styled ourselves ‘Veronica and Valerie, the virgin vegetarian volunteers’. We were 19, and certainly embraced what the teenage years are all about: forging an identity that is separate from our parents.

Nowadays we all seem to have multiple identities: perhaps one at work, another socially, another in our family. It’s not a matter of being different people in different situations (although even St Paul found this useful at times – see 1 Corinthians 9:22: “I have become all things to all people so that by all possible means I might save some”). It’s more one of inhabiting different roles as appropriate: colleague, mother, daughter, friend.

‘Identity politics’ has become a common focus of disdain recently – but really, what other kind is there? Politics is about who has the power to make decisions for the community, and identity plays a big role – often far too big – in who gets that power. I have recently learned, for instance, that my new vicar is against women preaching (even though he serves under a woman bishop). Having preached regularly in another church for over 20 years, my identity as a woman has barred me from exercising what I believe to be a calling and a gift. And there’s nothing I can do about it; I can’t suddenly decide that I’m not a woman. It’s not the only reason I’m planning to leave this church, but it’s a big part of the decision.

A lesson in identity

It’s a cliché to say: “My only identity is as a child of God.” We cannot deny that our birth, upbringing, experiences and choices all give us different elements that make up who we are. I’ve recently been reading the end of the book of Jonah, for a Bible study I was leading. Jonah was very clear about identity: the people of Nineveh were foreign pagans, and he didn’t want to preach to them because he was quite sure they should be ‘zapped’ by God like Sodom and Gomorrah was. When they repented and turned to God he sulked, aggravated by losing the shady plant that had sheltered him as he sat in the hot sun waiting to see what would happen to them.

God’s answer to Jonah’s rage is illuminating. Basically God told him: “If you are so concerned about a plant that grew up suddenly and withered suddenly, why shouldn’t I be concerned about these thousands of people who barely know left from right, let alone knowing me? Not to mention all their livestock?” In other words, the Ninevites are potentially just as much children of God as the Israelites are, and God loves them every bit as much, even though they’re ‘sinful foreigners’. The very identity that in Jonah’s mind divides him from them, in God’s eye unites them to Jonah in a common humanity.

Important aspects to my identity

My identity as a second-generation Holocaust refugee has become increasingly important to me in recent years, especially since my parents both died. It is not an easy heritage to carry, but I still value it, because of everything my Jewish ancestors endured and survived, and the wisdom and strength it gave them.

Being a writer is another identity that means a lot to me, and though I’m officially retired now, I don’t think writers ever really retire. I still identify as a Mennonite too, even though I’ve not had a Mennonite church to belong to for five years. But it would be totally wrong of me to declare that the Mennonite church is the only true church. Church-wise, if our identification with a particular Christian tradition separates us from Christians who are in other, equally sincere and valid traditions, then we are engaging in a type of ‘Christian identity politics’ that in fact makes us less Christian. We should be united in our common identity as followers of Jesus.

If our stance as Christians leads us to think of ourselves as better, wiser and purer than the rest of humankind, then we’re doing it wrong, as Jonah illustrated. Just because we have been found by God (and I prefer that to the idea of our ‘finding God’), doesn’t mean God isn’t busy searching for everyone else. God does not want anyone to perish (see 2 Peter 3:9).

We will reach more people with the good news of Jesus if we identify with them in our common humanity, rather than flaunt our status as ‘the chosen’. Ultimately, our identity is a source of meaning in our lives, but it is dangerous to make it a source of pride. Because most of our identity is a given, not a choice; it may describe us, but it doesn’t define us.