I was terrified of giving birth! 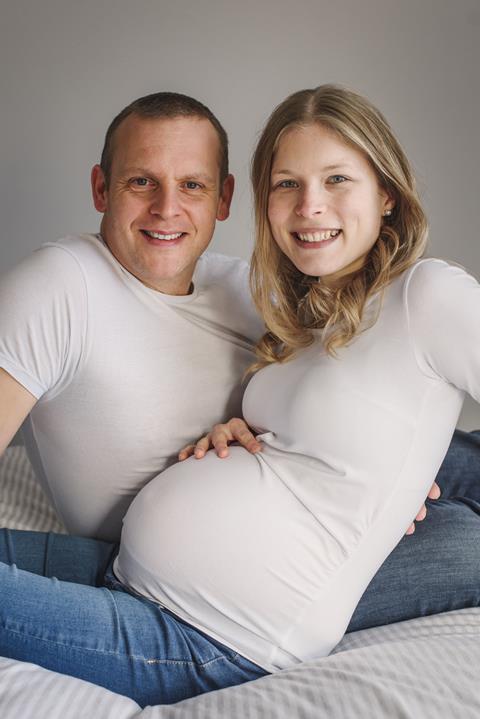 As a young child, I was horrified to learn how babies were born. I couldn’t accept that to have my own children one day, I was going to have to endure the pain of childbirth. I didn’t realise until much later that I was suffering with tokophobia, which is what a severe fear of childbirth is known as. I would often dream I had a little girl with long, golden-blonde hair, like me, and wake up distraught, knowing she’d never really exist. But at the age of 25 I gave my life to Christ and everything changed.

One afternoon while cleaning, I heard God whisper the name Aurelia to me. I felt him tell me it was the name I was to call my little girl. I was astonished when I looked up the name to find it meant ‘golden’, just like I knew her hair would be. My heart ached to meet her, and I felt sure God was promising her to me, but the fear of giving birth was overwhelming and I couldn’t see how it would ever happen.

At the age of 28 I got married, but I kept my struggles hidden from my husband Matt. I couldn’t bear to talk about it, to him or anyone else. I was sure that my fears would be dismissed as ‘normal’. But this wasn’t the case.

Speaking out and getting help

One evening, three years into our marriage, I finally broke down. Every muscle tensed and the tears flowed as I told Matt that I had been living with tokophobia. He was devastated at what I had been going through. A week later, I reluctantly went to see my GP. I sat there sobbing and shaking as Matt spoke for me. The doctor was as understanding as I had prayed for and she referred me straight to a consultant.

As I waited another five months to see the consultant, I kept praying and holding on to Aurelia as a promise from God, but I still struggled to believe that she would ever be real. I knew my fear of going into labour, or being awake for a caesarean, would prevent me from getting pregnant.

In October 2015 we met with the consultant, who was incredibly supportive. She assured me that if I needed to have a caesarean under general anaesthetic so that I could become a mother, then she would make it happen. I got out of the hospital and cried with relief. I finally felt like God was making a way for me. 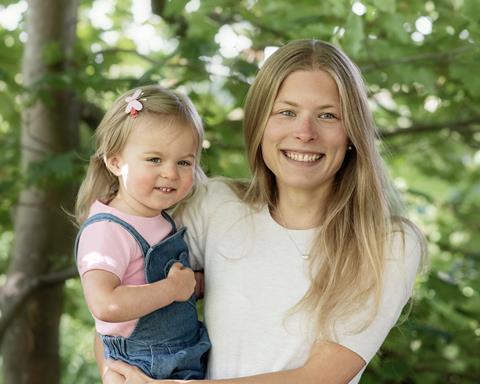 However, two months later, after having no periods since coming off the contraceptive pill almost a year before, I was diagnosed with Polycystic Ovary Syndrome and was told that it would be very difficult for me to get pregnant. After everything I had been through, I was beginning to doubt what God had promised me. I started to wonder if he was protecting me from my worst fears by stopping me from getting pregnant.

I was given medication to help me ovulate and, after seven cycles lasting a year, but only ovulating twice, I was emotionally and mentally exhausted, so I stopped the treatment. Matt and I decided to focus on buying our first home and started considering adoption.

Praying for God’s will

One morning, in May 2017, I sat praying on my lounge floor. I asked God for his will to be done. I had prayed this many times before, but I could never truly let go of what I wanted. This time, though, God knew that I was ready to receive whatever he had planned for me, even if it meant not having children. I felt an incredible peace that morning, as if Jesus was sat right there with me on the floor.

Four weeks later, I discovered I was pregnant! Instead of the excitement that I imagined I would feel in that moment, all the fears I had about pregnancy and childbirth came flooding in. My doctor arranged a scan for the following week to date the pregnancy. I nervously arrived at the hospital with Matt and was shaking as I lay on the bed, ready for the ultrasound. What we thought would be a precious moment seeing the first pictures of our tiny child turned out to be a heart-wrenching moment.

The sonographer explained that there were a number of dark masses within my uterus, and they couldn’t locate a pregnancy sac. We were told that I was either going to have a miscarriage, that it was an ectopic pregnancy or, most likely, it was a molar pregnancy, where tissue from the placenta grows in the wrong places. Either way it was clear that my pregnancy was not expected to progress normally and I was told to prepare for the worst. I was asked to return a week later for another scan and blood tests to know for sure.

We left the hospital in silence, not knowing what to say or how to comfort each other. Each hour that passed felt painfully long as we waited for the next scan. I couldn’t understand what God was doing and why he was allowing this to happen. A few days later a couple from our church prayed for healing over me. I didn’t feel anything unusual at the time, but later that night I woke up suddenly, gasping for breath. It felt like all the old breath had left my body and I was filled with new breath, which was fresher and cleaner. For the rest of that week, I experienced the inexplicable peace of God that is talked of in Philippians 4:7. 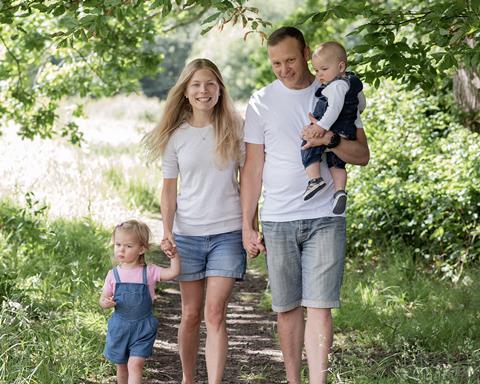 The following Monday morning we arrived at the hospital for the scan. As we sat waiting to be called, I felt God prompt me to read Isaiah 43:19. At that same moment, a friend sent me a message that contained the same scripture. I felt sure God was telling me he was making a way. As I lay down to have the scan, I stared up at the ceiling and silently asked God to help me face whatever was coming. Just then the sonographer turned the monitor towards us and pointed out the black shape at the bottom of the screen. “That’s your baby,” she said. “And that movement you can see is your baby’s heartbeat.” Our tears poured out and I felt my heart burst with love for that tiny life, but also for how faithful God had been to us.

Further scans showed that the dark masses in my uterus had completely disappeared and the doctors couldn’t explain to me how or why. A few weeks later I saw my consultant and she booked me in for a caesarean under general anaesthetic.

As the pregnancy progressed, my peace grew and in February 2018 we welcomed our daughter Aurelia Grace into the world. She was everything we had been waiting for. Just before her first birthday, to our surprise and delight, we found out I was pregnant again. In September 2019, after a smooth pregnancy, I gave birth to our son Levi Matthew, again by caesarean section under general anaesthetic.

Life with tokophobia had finally come to an end, and the new life that God had planned for us was just beginning. However I recognise that my faith and love for God grew enormously during those tough years, as I realised just how good and faithful our Father truly is.

For more information on tokophobia you can search for it on the following sites: tommys.org and nct.org.uk