‘I knew I needed to take action’

On Sunday 29 August, 13 Christians were arrested in the central hall of St Paul’s Cathedral. They were women and men of different ages, many of whom are ordained. Holly-Anna Petersen explains what happened in the run up to this moment, and why she felt it had to happen. 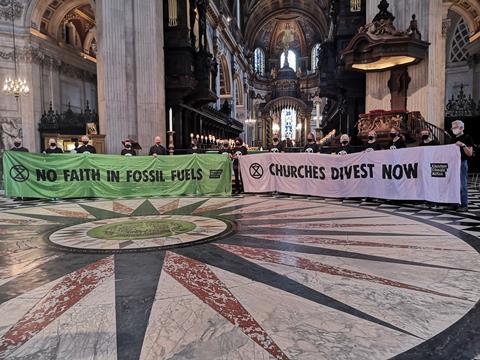 As a good church-going girl, I’d long been told to respect God’s creation and to love thy neighbour. So when I learned that the climate crisis was ravaging both my global neighbours and creation, I knew I needed to take action. I remember being fired-up and excited for the role the Church could play in turning this devastation around. I had high hopes that the principles of repentance and prophecy could be used to puncture a hole in this earthly destruction.

Ten years later, I must admit to being a bit disappointed. Instead of the Church leading the way in the climate crisis, it’s had a difficult time getting its own house in order. And after years of writing letters, campaigning and petitioning, the Church of England, the Church I call home, still has around £70 million invested in fossil fuel companies. That’s £70 million of Church of England money being used to strip the future from my nieces and nephews. And so, as a painful last resort, myself and other’s turned to non-violent direct action, under the banner of Christian Climate Action (CCA).

Taking our protest to church 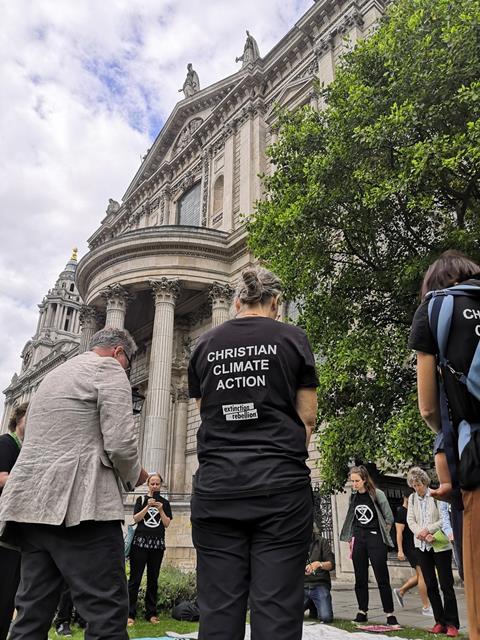 CCA are the Christians of Extinction Rebellion, which began two weeks of climate protests in the UK on 23 August. At the Sunday morning Eucharist service on 29 August in St Paul’s, immediately after the Communion, members of Christian Climate Action processed to the altar. Facing the congregation, banners were held up, which read ‘No Faith in Fossil Fuels’ and ‘Churches Divest Now’. A short talk was given explaining why the Church of England needs to remove its investments in fossil fuel companies and, when finished, a round of applause rang out from the congregation. The service then continued, with banners being held up in front of the altar.

While the service was taking place, around 50 Christians gathered in support and prayer outside the Cathedral, holding banners and signs with similar messages. Members of CCA had planned to remain inside the Cathedral throughout the day, and asked to meet with the Bishop of London, Rt Rev Sarah Mullally, to discuss the Church’s fossil fuel investments. However, police were called to arrest and remove them.

Before the protest, members of CCA had written to all dioceses still invested in fossil fuels, asking them to divest by the end of the year. The letter included these words: “The Church of England National Investing Bodies have pursued a strategy of engagement with fossil fuel companies. This strategy has failed to prevent Shell from harming the people of the Niger Delta and from continuing plans for future fossil fuel exploration, which includes a 20 per cent rise in gas production. On the contrary, the strategy has given moral legitimacy to companies whose core business is destroying lives and livelihoods and continuing to lobby against climate action.” 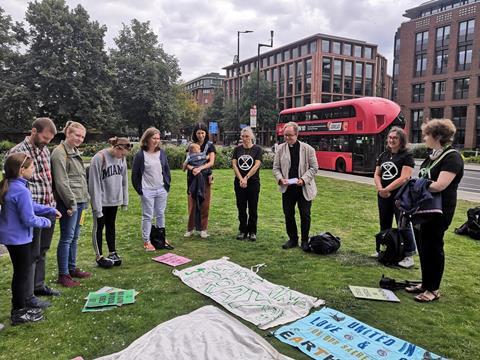 As distress and confusion mount in this climate emergency, we are in desperate need of a force for hope. We need voices willing to fight for the vulnerable – to stand up for young people and the communities already losing their lives and livelihoods. As the younger, hope-filled me from ten years ago dared to dream, what we need is a Church willing to put principles and prophetic action before fossil fuel profits.