Determined to jazz up your church event with a tipple or two? Lauren Windle would urge you not to. Here’s why… 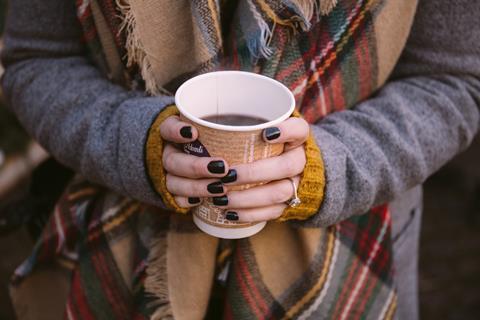 I don’t drink alcohol. Not because I’m super holy or belong to a denomination that advises against it. It’s not that I don’t like the taste or that it gives me anxiety (although it probably would these days). I don’t drink because I’m a recovering alcoholic.

When it comes to me and booze, I quite literally couldn’t play nicely with my toys, so now I don’t get to play with them at all.

Being in recovery is a process. It’s stunning, epic, glorious and searingly painful. I think of the sobriety journey as being most like Frodo’s trip to that mountain thing to destroy the ring. It’s one long battle scene, but definitely worth it.

Some recovering alcoholics will actively avoid any contact with alcohol. They don’t go into pubs, they avoid evening meals in restaurants and they choose an alternative route home if their regular one means passing an off-licence. If you’re in the early days of your recovery, or are just feeling particularly low and vulnerable, these aren’t extreme steps; they’re sensible. It is genuinely an issue of life or death in some cases, so watching the football at home instead of at the pub is a small price to pay for many.

When it comes to me and booze, I quite literally couldn’t play nicely with my toys, so now I don’t get to play with them at all.

I’ve never needed to put these measures in place. I gradually built up to socialising around alcohol again and remember my first time in a nightclub after getting clean like it was a pivotal milestone in my recovery. I was young at the time, so for me it really was a major turning point.

That doesn’t mean it’s easy for me, though. Walking into a situation with alcohol is like taking a punch. Some people in recovery are floored by it, others tense up and push through. I’m not sufficiently strong that I don’t feel it, but I thank God that it doesn’t knock me down. As I know that it comes at a cost, I’m careful to ask myself how I’m really doing before I walk into a party or a pub.

Church is a sacred building. It’s hallowed ground. It’s the place where I stumbled in, broken, and told someone I was three days sober and needed help. It’s the place where someone started singing an acapella version of “O Happy Day” as I emerged from the water of my baptism. It’s where I learned to love myself again and, more importantly, learned to love Jesus. It’s my refuge, my home and my safe place.

But alcohol is not safe for me. It’s not safe for the thousands of recovering addicts around the country, so I truly believe we shouldn’t serve it in our churches. The argument for offering the ‘fun addition’ of a cheeky glass after a service is nothing compared with the agony it could cause a person in recovery who just doesn’t have the strength to resist it.

The argument for offering the ‘fun addition’ of a cheeky glass after a service is nothing compared with the agony it could cause a person in recovery.

Post-pandemic people in recovery are relapsing left, right and centre, and I feel rawer and more vulnerable now than I have over the last 7.5 years of being clean. I don’t know if I’m strong enough to take that punch in God’s house. I don’t want to have to.

So that’s why I don’t think you should serve mulled wine at the carol service, or wine at the social or beers at men’s ministry when you’re in a church building. If you want to have a few drinks, take it off-site to a pub or somewhere where no one can say they’ve been caught off guard. You may never know the difference this simple decision will make to someone’s life.