When God says, "Not Yet" 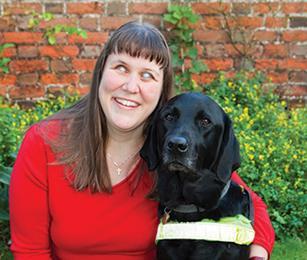 Prayer and "Not Yet"

Lyndall Bywater spent ten years working as UK prayer co-ordinator for the Salvation Army before branching out as a freelance prayer consultant. She talks to Ellie Philpott about her personal journey of faith

I was privileged to attend the Pentecost celebration at Canterbury Cathedral last May and I can still recall the moment when Lyndall Bywater spoke. She was asked a question by the event moderator, “What would you say to people who feel that God doesn’t answer their prayers?” This was her answer:

“I understand that pain very deeply. It was in February 2004 that God first gave me the dream of a Boiler Room – a community which forms around a rhythm of prayer, and around a heart to see a place transformed. I remember being so excited and saying, you know what, it’s going to be amazing when we see what God does in answer to our prayers – and then nothing happened. Nothing, nothing, nothing happened. I prayed for five years before I found enough people who were prepared to pitch in their lot with me and this dream…”

She went on to describe, very briefly, the journey that God had taken her on until the Boiler Room was finally established. I was intrigued to know more of the details. I live in Canterbury and several of my friends have been involved in the Boiler Room, but I’d never heard the whole story. I met up with Lyndall a few months after the Pentecost service and this is what she told me:

“In 2004, I read Red Moon Rising by Peter Greig and I was profoundly moved. I was particularly inspired by the last story about Boiler Rooms – communities of prayer that exist to transform places around it. I spoke to one of my friends about it and their response was – ‘When are you going to open a Boiler Room in Canterbury, Lyndall?’”

Red Moon Rising is Pete Greig’s account of how a simple, student-led prayer meeting grew into 24/7 Prayer – an interdenominational movement of non-stop prayer that has spread throughout half the countries of the world.
Boiler Rooms come in many shapes and sizes, and form part of the 24/7 Prayer initiative. Simply put, they are locations where a community of people dedicated to prayer, hospitality, creativity and outreach meet together. Each has its own unique identity, but all share a common purpose – to build a house of prayer that seeks to make a measurable difference amongst the poor and the lost in its own locality.

Lyndall continued, “I talked to loads of people about it. Everybody was very encouraging and the main reaction was, ‘When you do it, let us know and we’ll get involved.’ I prayed, but for five years I didn’t see anything happen.”

Those five years were not particularly easy ones for Lyndall either. During that time, several of her friends became ill and died, despite the prayers of the Christians around them. She was also struggling with other unanswered prayers that related to deep personal issues in her life. But she continued to pray for the vision that God had given her.

She described the breakthrough. “It was at the end of 2009 that I found myself sitting in Wetherspoon’s with a group of 10 people all saying ‘This is a great idea – Lyndall, we want to do this.’ I remember thinking, how did that happen? The truth is when God’s timing is right, things just come together. I searched the internet to find premises to rent in Canterbury and the first property we saw was rooms above a local estate agency. It felt the right place, but we didn’t have the money to afford it. We laid out a fleece to God – if we got pledges for a certain amount by a certain date, we would go ahead. This was November 2009 when the credit crunch had just hit, so it felt somewhat of a challenge! A week before the deadline we had all the pledges in and we moved into our first premises in 2010.”

But this was only a step on the journey. Although God had made it clear that this was the building he wanted the community to rent, it didn’t enable them to fulfil their entire vision. The rooms were ideal as a base for prayer gatherings, but there was no easy access or visible presence onto the street. As well as prayer rooms, the community wanted a public space where they could reach out to people. The idea was to have a comfortably furnished area, offering tea and coffee, a listening ear, craft activities and God’s love and compassion available to anybody who wanted to call in.

Lyndall describes the challenge of waiting to see the whole vision fulfilled. “There was nothing else we could do with these rooms apart from pray in them together that God would forward our plans and vision. We did this for three-and-a-half years. I began to lose heart and felt we were no nearer our vision, wondering how much longer we could ask people to fund our activities.

“I was sitting opposite her and I remember feeling quite cynical thinking, ‘Whatever – I just can’t see it myself’. Two days later, I had a phone call from a local businessman who wanted to know if we were interested in renting the ground floor of a building as he only wanted to use the upper office space. I’d only ever met this man once before and he had no idea that we were looking for different premises.”

Three months later, the Boiler Room group moved into the new building which was located just outside the city wall in Northgate on one of the busiest thoroughfares into the heart of Canterbury. The clear glass shop front made it easily visible from the street – just what they wanted. It was perfect. It was more than perfect – in addition, the building was located just around the corner from Lyndall’s house, and it also formed part of a series of buildings once owned by a monastic community, so there was a spiritual connection too.

They renovated the space and opened it up to the public four months later, calling it ‘cityspace’. People began to drop in. Many of the visitors were lonely and marginalised, and welcomed the chance to spend time in a loving, friendly environment. Most were happy to join in the short time of prayer before the ‘shop’ closed for the day. A significant number were very open to talk about God, although this was never pushed on them.

But, this isn’t the end of the story. God had more for the group, as Lyndall explains. “Eighteen months ago the other company relocated, freeing up the other rooms in the building. We prayed about what to do and we felt strongly that God was saying we needed a dedicated space for prayer. Our prayer focus had diminished as our energies were being concentrated on running cityspace and the ground floor wasn’t ideal as a venue for prayer. We needed to fill out other parts of our vision which were about prayer. So now we use the middle floor for prayer and the upper floor will be an art studio.

“When we took on the two, extra floors they were just bare boards. There was no furniture, nothing. Last year, we prayed and said to God we needed a new kitchen, some carpets and other accessories. I told God I didn’t have time for fundraising and asked him to show me where I needed to go for the money. Within two weeks, four organisations had contacted me offering potential grants, all of which were fulfilled.”

It seems to me that there are three kinds of answers to prayer. Sometimes, in his infinite love for us, God’s answer is ‘no’. And when we are faced with that answer, it’s good to remind ourselves that God is a loving heavenly Father who knows what is best for us. Sometimes, the answer may be an immediate ‘yes’. And, perhaps more often, the answer is a ‘not yet’.

I find the ‘not yet’ answers tremendously exciting. It may be that God is moving circumstances in the background to best meet our answer. It may be that God is changing us, sometimes making us the answer to our own prayers. The ‘not yet’ answers to prayer often show us, little by little, how our magnificent, vast, creative God is at work to do more than we could ever imagine.

Lyndall told me that she can now see God’s wisdom in not answering all of their prayers immediately. “If we hadn’t spent three-and-a-half years praying in the room above the estate agency, we wouldn’t value prayer in the way that we do. Now we have a fiercely solid commitment to prayer. We hold each other to account and call each other back to prayer. Above everything we need to be a community of people who pray. Had we got the shop front premises immediately, we would have ended up with a community of people who ran cityspace, rather than putting prayer first.”

It took 12 years, from Lyndall’s first prayer to this point. Twelve years of holding onto a vision that often felt distant and elusive. I wonder what would have happened if Lyndall and the others in the community had all given up. Would God have raised up somebody else to carry the vision? Or would there simply have been no Boiler Room in Canterbury?

Talking to Lyndall has made me think of my own life: what is the vision that God has given me? Am I pursuing it with everything I have? Am I hanging on in there, even when the answers don’t seem forthcoming? I wonder how many of us have visions lying abandoned by the wayside and I wonder how many other visions have yet to be fulfilled. I pray that we can all be encouraged by the example of the Canterbury Boiler Room.

+ Ellie Philpott is a freelance writer and communicator. Her latest book, Shipwrecks Happen, is available on Amazon.

Want more?
+ Lyndall Bywater is a freelance trainer, writer and consultant specialising in the subject of prayer. Find out more at www.lyndallbywater.net

+ Come and hear Lyndall at our Women of Peace conference in Woking on 17th June.
For more information and bookings click on link or call 01865 319700