We’re more than our gender 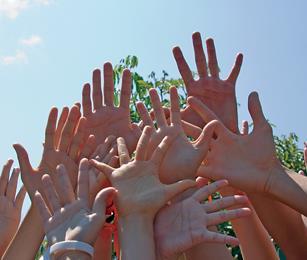 We cannot seem to get away from discussions about gender identity. Last year, ITV released a programme called Butterfly which followed the story of a family with a transgender child. There seems to be an increasing pressure for schools, toy companies and shops to avoid gender-specific items and language. Is this move towards a more gender-neutral world a positive thing for our children, or is it making life more confusing for them?

According to the Government Equalities Office, getting an accurate count of transgender people in the UK is difficult, but their best estimate is that somewhere between 0.3% and 0.7% of the UK population is trans. That’s around one person in 200 – a similar statistic to how many women are colour blind in the UK (www.colourblindawareness.org). It is rare, but present.

Transgender people believe that the sex they are born with (their bodies) doesn’t fit with their gender (how they think about themselves). Sometimes transgender individuals agree with the current gender roles or stereotypes (what is feminine or masculine), and sometimes they don’t, but their primary emphasis is going on a journey to reconcile how they think about themselves with how their bodies look.

As we continue to hear more about transgender people in the media, we can also see the debates about gender neutral toys and clothes, and begin to question if one has to do with the other. Is avoiding gender-specific toys and clothes creating gender identity issues for our children?

This debate centres not around sex, or gender, but around how we as a culture engage with gender roles or stereotypes. For many decades, clothing, toys, television programmes, and more have pushed us into creating different visual worlds for boys and girls. Girls tended to get pink social toys and soft, pretty clothing, and boys tended to get blue, construction, spatial and active toys.

Recently scientists have been researching whether children of different sexes enjoy these different things because of their natural brain sex difference, or whether the society has been creating these differences through the visual and social world we surround children with.

A recent BBC programme called No More Boys and Girls: Can Our Kids Go Gender-free? explored this very well. Professor Gina Rippon, a UK specialist in brain imaging and neuroscience, shared how there is not a ‘female’ or ‘male’ brain, but that they are shapeable, ready to be moulded by childhood experiences. Therefore much of the difference we see between boys and girls has been shaped by us.

This difference appears to be detrimental to our children because once a child accepts attributes like strength, courage, creative, caring, or smart as a ‘girl’ or ‘boy’ thing, they tend to restrict themselves to that gender role box. Our children can achieve and grow in the whole range of human attributes, and yet due to too rigid enforcement of gender roles, our children can opt out of areas they may really enjoy.

We see fewer girls come into the STEM fields (science, technology, engineering, maths) not because they are less capable, but because it hasn’t been a part of their culturally encouraged world since childhood. Many schools have only one or two male teachers because teaching is seen culturally as a women’s job, and our boys are often not praised or equipped for those nurturing, encouraging characteristics when they are children.

The move towards a more gender-neutral childhood isn’t about trying to deny sex or gender, or say that those don’t exist. It’s not about telling children they aren’t boys or girls. It’s about enabling those of all sex and gender to grow without the restriction of gender roles that cut off their opportunities for purpose, joy and usefulness.

Our children are so much more than their gender. By making things like character and teamwork more of a priority, we are enabling our children to integrate the fullness of their interests, personalities, and natural curiosity into who they are becoming.

In Galatians 3: 26,28, Paul says that we are more than just our gender, “So in Christ Jesus, you are all children of God through faith…There is neither Jew nor Gentile, neither slave nor free, nor is there male and female, for you are all one in Christ Jesus.” People didn’t stop being those things, but to God, our identity is in being his children unified with each other, rather than whether we are men or women, or Jewish or not. The move towards a more gender-neutral childhood isn’t trying to confuse children, but rather show them that their gender is only a small part of the vast, wonderful person they have been made to be.