Restoring the years the locusts had eaten 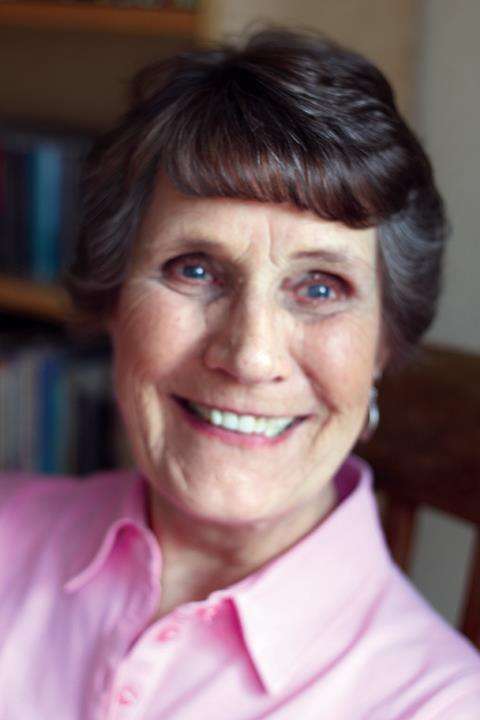 Dorothy Wigan spent her first seven years in care as her mother suffered from mental illness. “My mother couldn’t cope with children,” she says. “She would get hold of a bread knife and saw her throat in front of me. Many times I dragged her out of the oven when she tried to gas herself.”

Having attended church from around the age of ten, Dorothy remembers the church paying for her to go away on camp. “I remember sitting around the campfire, and they were saying, ‘If anyone wants to ask Jesus into their life you can do that today.’ I ran up to the room and locked myself in. The leader of the camp knocked on the door and said, ‘Let me in.’ I said, ‘I’m not coming out until I know Jesus is my saviour.’ She said, ‘Dorothy, Jesus is knocking on your door, and if you just invite him he’ll come in.’ And that’s what happened.”

Dorothy became a police officer in 1962. “That was very special because I wanted so much to have an opportunity to lead people to the Lord,” she says. “We saw tragic cases, but I wanted to be there, where the pain and the shame was. I wanted to care for them and put them in a safe place.”

Three years later Dorothy married fellow officer Hugh, but it was a difficult relationship from the off: “By that time I thought, ‘Nobody else is going to ask me, and I don’t want to be a single woman.’ He was violent right from the beginning. I even had a black eye when we got engaged.”

Hugh developed multiple sclerosis two years into the marriage, losing control of his limbs and bladder. “I remember one time he went into the gents’ toilets. Eventually he came out and I said, ‘What’s the matter?’ He said, ‘I’ve wet myself, my trousers are soaking.’ I said, ‘It doesn’t matter,

I can wash your trousers.’ He said, ‘It does matter.’ I realised then the awfulness of the disease for his self-esteem, and it hit me as much as it hit him. We stood against the wall, sobbing.”

Hugh left the force and began using a wheelchair in 1980, the same year their daughter was born. Aged 42, Dorothy thought she was going through the menopause and her mother feared she had stomach cancer: “That was a miracle because we’d been married for 15 years, and I was told we couldn’t have children. When the doctor said, ‘You’re pregnant’, I nearly fell off the couch!”

Hugh became increasingly angry and withdrawn as the multiple sclerosis worsened, so Dorothy decided to arrange some respite care. But her husband refused it, determined that he could look after himself. “I thought, ‘Right, I’ll just see how well you can cope.’ He said, ‘Can we have a cup of tea?’. I said, ‘No, you can make it.’ I’ve always served my family, and at that time I almost broke my heart and died. Then he said, ‘I want to go to bed now.’ It would often take me five hours to get Hugh up the stairs, because he would not sleep downstairs. He tried to get up the stairs and kept falling down. The suffering I felt because I just so wanted to help him!

“When I had these times of severe grief and sadness, I would go out for prayer and say, ‘God, help me to love him as you love him.’ Every time I went out, people would say, ‘God will restore the years the locusts have eaten’, and I used to hang on to that. Many times he would grab my arm behind my back in his frustration. He would fall out of bed deliberately so I would have to lift him, and he was 17-and-a-half stone.”

Hugh passed away in 2000, but Dorothy experienced a moment of brightness before he passed away: “Before he died I went through a very dark time looking after him. I said, ‘Please tell me you love me.’ He wouldn’t look, he wouldn’t say anything, and I was weeping. I thought. ‘I’m just a nurse. He doesn’t love me; I’ve got to accept this.’“

One night I was walking up the stairs, and I always used to say to him, ‘Goodnight, Hugh. I love you’. And he called from his room, ‘Dorothy, I love you. I’ve always loved you, I love you.’”

In her 60s by this point, Dorothy advertised for a companion in the paper. The first person to respond was Colin, whom she ended up marrying: “It’s just been so special, because I can honestly say that everything that I didn’t have Colin has blessed me with.

“Hugh couldn’t go out in the end and buy birthday cards. He was never really romantic, and I’m terribly romantic. So I would go to the local shop, and I’d get the simplest card, and then I’d give it to him, and it would say, ‘From Hugh.’“

It was our 16th wedding anniversary on Friday, and Colin gave me the most beautiful anniversary card. On it was everything I’d always wanted. The card said, ‘You’re a wonderful woman, and every day I feel so lucky to call you my wife.’ There’s a real sense of those Bible verses about God restoring the years that have been taken coming into fulfilment.”

The icing on the cake came on Dorothy’s 79th birthday, when she published her short story collection: “I so enjoyed it because I’ve got a vivid imagination. One of them was about a leper. I just thought, what would it be like to be shunned by people? It was the look of love and the compassion Jesus gave the man that restored him.”