My mum ran a brothel 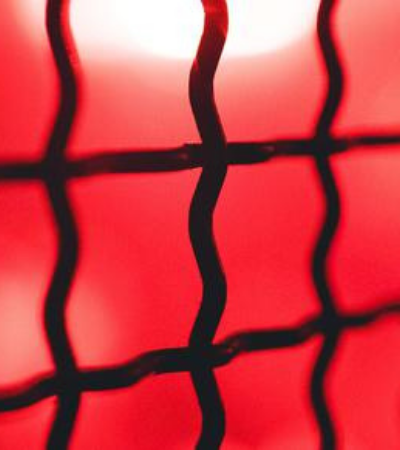 Your mum ended up setting up a business to try earn money so she could have you back with her. How did you find out what it about the plan?

It was through a telephone conversation while I was in England. Prior to this setting up of the business she'd been working as a cleaning lady in other businesses similar to this, and saw the corruption in it, and saw the dishonesty so thought she could do something better if this was the rock bottom, the pit that she had to go to. She saw there was money being made. She thought, "I have nothing to lose, I have tried everything else, I'm going to do this, but I'm going to do it better, in an honest way, in a protective way. And if that's all I can do to get my child back and get some money for the first time, then that's what I'm going to have to do."

Did she open up with you about the fact that this was essentially a brothel that she was running?

Not at first, no. At first she was very guarded. very protective of me, because I was 16 1/2 at that time, so she was very protective of me about that area of life.  She was brought up in a convent, and was Roman Catholic, so sex and all of that scenario she did want to keep me protected from. It wasn't until I went back on holiday that I discovered what was going on.

Emma, how did you then get wind of it?

Just before I'd booked off my plane tickets to come over to see her in Spain. She phoned me up and said, "By the way, this is, this is what I'm doing. I've set up a brothel." Obviously I couldn't go in it because I was under-age, so when I was going to visit her, she just made me aware that she might be quite busy, and not able to spend a lot of time with me because she had to be there. But when I went over there ,she sneakily took me in. We went up the stairs and inside the building, but I was hiding in the girls' room. There weren't any men there, it was the daytime. It was quite exciting; I'm not going to lie. If you're a teenager, you're like, "Oh, my gosh, what's going on?" It was like a sense of adventure. I was only in there for five minutes while she showed me around. It was essentially an apartment, so we went in, and I met a couple of very nice young ladies who were very beautiful and just studying at university, trying to find ways to pay for their university fees. It was all very, very natural, unfortunately.

You say that God has been part of your life all throughout your life to varying degrees, so was there any part of you that thought it's not quite right?

Yes, there was, especially as my mum was saying I had to support her and the alternative for her would be begging on the streets with no money. There was a bit of emotional abuse as well in our relationship, my relationship with my mum was always cat and dog - very, very difficult. There was some emotional abuse there saying, "If you loved me, you'd support me". There was some shame in it but I couldn't express that to my mum because then would be me turning my back on her. I couldn't express the guilt and shame. There was part of me that was disgusted, but you just have to get on with it. As I became older and turned 18 she wanted me to help out at work and cover for her. It was her business and therefore, in her eyes, it was going to be my business. She was going to leave me to run it and manage all the staff and the girls, and the clients, and everything that goes with running a business.

As an 18 year old on holiday visiting your mum in Spain you would sometimes be left to sit on reception, having to deal with some big issues whilst your mum was having a break - did you feel overwhelmed by these situations?

I was very overwhelmed. I was very scared. I had no idea how to deal with these scenarios. Mum would go out for a meal and she'd leave me in charge until she returned at three in the morning, because the venue was open till seven o'clock in the morning. She would go out for a meal and leave me in charge and leave me responsible. I couldn't really turn my back on it and walk out the door, so I had to somehow just face it and deal with it. Somehow, I managed it and dealt with it with authority. When I finished dealing a scenario of demanding a woman leave the toilet who was doing a line of coke on the toilet seat, I went to a quiet place and locked myself away in a lounge as I was shaking. I was absolutely shaking.

Emma Weaver is now prayer co-ordinator in her church and married to the pastor. You can find out more about how her story unfolded here