My children were sexually abused 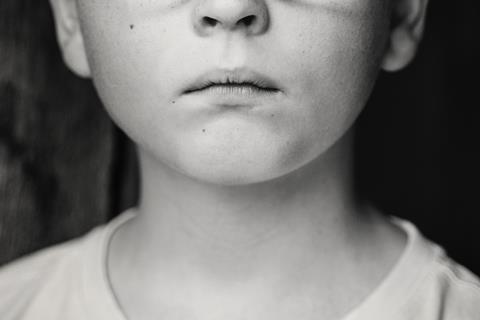 Working in the area of trying to combat sexual abuse in children is a very specialised work, so what was it that prompted you to get into this preventative training?

Sadly, it was out of pain. In 2004, I discovered that both of my two little girls ages 9 and 10 were both sexually molested by a 78-year-old, trusted family member. He was my stepfather. As you can imagine, it was the darkest day of my life. As a mum, there are a lot of things that go through your head. Why didn't I see this? How did I not know? How could this have happened under my watch? He was not only a trusted stepfather, he was also a devout church member, so when my children would go to their house, I thought my children were safe. I just let my guard down. They were not only family members, but they were also Christians.

How did this come to light?

My youngest child, who was 10 at the time, told me. She told me that he had taken her for a ride on his lawn mower and he put his hands down her shirt and told her that her little boobies were getting nice and big and pretty. She didn't tell me right away. The next time she saw him, she woke me in the middle of the and asked me to come lay down with her. She was very visibly upset. Then she disclosed what he was doing to her. I was just shocked. I just couldn't believe it. Did he have a bad moment? I just couldn't understand it. I asked her if she thought he had done that to her older sister, who was then 13. And she said, "Oh, no, Mummy, she would tell you". My husband prompted me to ask my oldest daughter. When I asked her if anybody had ever touched her inappropriately in her private part, she said, "No". I kept prompting her, only because at the time, 16 years ago, Oprah Winfrey had a lot of television shows on sexual abuse and I remember her having someone on that said, "Most of them will say 'no', when you ask". So something kept me wanting to keep asking. Finally, the tears came down her face. He had been abusing her for four years and she never told. It was the darkest day of my life, as you can imagine.

It must have been doubly shocking, that it was somebody who was professing a faith in Christ. Did that add insult to injury in the situation?

It sure does. I trusted him when my children went there. That was the last thing I thought would happen. How could somebody who at the time was teaching my husband and I the book of Revelation, who says that they know God and love God harm children? On the outside, he did everything to be holy. He read his Bible, he taught the Bible, but obviously didn't have the character of God, because we know God loves his little children. It really can affect a child's faith when people abuse children. I believe it really grieves God.

How did you respond? Did you confront him?

First I had to confront his wife - my mother. That was very difficult. I had to give her the news that her husband was gaining sexual pleasure from my children, when he should have been gaining sexual pleasure from only her. She was very upset, but she believed that he did it and said that he was very sick. He was confronted by his son and he admitted what he did. I think they thought we would just forgive and then life would go on, but when you sexually abuse children there must be a consequence, it's against the law. It took a long time, but I had to report the abuse; I had to and it's not easy to do that with a family member. He had people in his life that cared for him. He had golf buddies, he had church members, you know, and it was not easy. But my children had to see the consequence anbd that when you abuse children, it is against the law. It's why we have laws and no-one is above the law, even the people we know and trust in love.

What did you do then to ensure that your girls had a safe place to be able to process and heal from this?

First, I believed them, and then I told them it wasn't their fault and that they did nothing wrong. Offenders love to blame children and let them take on that guilt. We never blame children for sexual activity. I don't care if a child stands in a room naked and begs somebody to have sexual contact with them, it is an adult's responsibility to protect children, not to gain sexual pleasure from them. So I had to reassure them that what they did by telling me was the right thing, and that I believe them, and that what happened was not their fault, and that we will get through this together. I had to encourage them that we cannot keep this secret because secrets keep us silent, and we can't heal when we have secrets. I encouraged them that we must report this and that I was going to be with them. They had to see accountability and consequence. It was not my fault that he was going go to jail and it was not their fault. It was his fault. This was 16 years ago and it was very taboo, I think it still is, but we're breaking down those walls of shame. Nothing silences us more than shame. I encouraged my daughters that I was going to be there and support them through it and that they were going to receive healing. I was born from assault, I'm the product of rape. I do not know who my biological father is. I was sexually abused as an eight year old little girl by a 25-year-old babysitter, and then both of my children were abused. That's three generations of abuse, but what I do know, is healing is possible.

Debi runs online training courses for adults, to educate in an attempt to prevent the sexual abuse of children. You can find out more by visiting scarsbermuda.com

Photo by Kat Jayne from Pexels