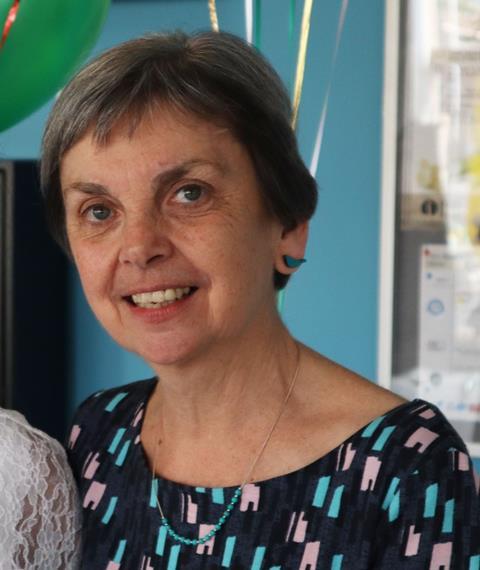 Pat Gaffney was General Secretary of the English and Welsh branch of Pax Christi, the International Catholic Movement for Peace, for 29 years until she retired earlier this year. She was one of 1,000 women from 150 countries jointly nominated for the Nobel Peace Prize in 2005 and in 2012 was listed in the Independent on Sunday’s Happy List of people who make useful contributions to society. Known for her passion for uniting prayer and action for the common good, she says it all began when she was doing her teacher training in the early 70s.

“I went to a Catholic teacher training college and we were really encouraged to look at how faith was put into action. I think we were very lucky to be exposed to projects like the Simon Community, working with the homeless, and a project called Third World First, which was looking at linking students with development issues. The seeds were sown there.”

Pat was a teacher for six years before retraining and joining CAFOD in its education department for nine years, and it was here that she recognised how wars and conflict brought lasting damage to communities.

“I think many of us have grown up in the tradition of a sort of just war, that there are occasions when it’s right to use armed force; but I hope we’re beginning to move beyond that now and recognise that we need to look at the causes of war and conflict and strife, and tackle them at the root sources rather than waiting for crises to occur.

“What are the real problems facing our world today? I would say global poverty, migration and climate change. If we were to put a fraction of the resources that we put into looking at war as a way of solving problems, into looking at poverty and protecting the environment, then I believe we could really start to change things.

“We also need to recognise that war doesn’t solve problems. It causes trauma and stress, it divides communities and degrades the environment, and it leaves things unresolved, which leads to further conflict.”

Pat has seen the results of war first hand, as her work with Pax Christi has taken her to some dangerous places, including East Timor, Israel and Palestine.

“I was in East Timor in 1996, when Britain was selling military aircraft to Indonesia, which were being used to persecute the people of East Timor. Part of my visit was to make contact with groups who were experiencing violence. There were curfews and Christians, particularly Catholics, who were working on human rights were being watched. Their lives were in danger, so I got a glimpse of what it could be like living under that kind of occupation.”

Britain’s continued involvement in the arms trade is a national scandal, believes Pat. “We’re selling arms to Saudi Arabia and Saudi Arabia is bombing the people in Yemen! And look at what happened in Afghanistan and Iraq. Yet when the media talks about our arms trade, it’s usually done in a celebratory way: we just achieved a great contract with a country or we’ve created some sort of new deal. It’s presented as something we should be proud of, which is why I think as Christians we need to look critically at the way the news is presented.”

But we might also need to look closer to home, suggests Pat. “We need to encourage each other to think: how am I involved in this? It might be that you have a pension fund that is invested in arms industries or there is a multinational company that is selling arms, but hiding behind a facade on your doorstep. You may have children going to university and considering a course in computing or engineering that leads to a career in the military industry, and wondering how to talk to them about discernment and decision making. We need to start thinking about how these things connect with our daily lives.”

Pat’s concern about the arms trade led to her involvement in peace demonstrations at the Ministry of Defence in Whitehall and resulted in her being jailed four times.

“They started in the 1980s and the focus has always been on Britain’s nuclear weapons programme and its impact both on the world and on our own communities. The actions that I’ve been involved in have all come out of a kind of liturgy or worship framework. So we sing, we pray and then maybe we block the entrance to the building or, if it’s on Ash Wednesday, we’ve perhaps marked the building with blessed ash and charcoal that have come from our liturgy.”

They are all non-violent actions, but because they were deemed to be against the

law, Pat was arrested on charges of breach of the peace or criminal damage.

“When the cases come to court, I take the opportunity to explain the reasons for my actions. It’s a way of trying to engage the legal system in moral arguments because I think quite often things might be legal, but they protect immoral actions and that’s one of the things we’re trying to highlight,” she explains.

“As a result we may be fined or we may be asked to sign something to say we wouldn’t do that again. I’ve never felt able to cooperate with that because to me it would be inconsistent with what I’d set out to do. So I’ve been imprisoned four times for not paying fines or refusing to sign bind overs to say I would keep the peace.

“It’s not wilfulness, it’s about seeing through the consequences of my actions,” she adds. “If I’m challenging the government and government policies, and the legal system is in some way partly protecting those policies, then I need to challenge that as well. For me, it’s all part of my Christian witness and comes from my belief in the value of life. I believe in the Gospel teachings to love our enemies and that evil cannot be overcome with more evil and more violence, it can only be overcome with good. So my actions really come from my Christian vocation.”

Pat sees her experiences of being in prison as very positive, even a privilege.

“I feel I’ve been very lucky because my prison sentences have always been short – one or two weeks – so I know I’m getting out after a short period of time and I know I’ve chosen that path. It may sound strange, but I also found it a privilege because it opened my eyes to yet more injustice.

“In the 80s and 90s, many women were being imprisoned for economic rather than criminal reasons. Some were there for not paying fines or were involved in prostitution. And many of the women had been separated from their children and were worried about what was happening to them. That’s madness! Fortunately that is changing now, but my experience really opened my eyes to those who were victims of policies that were unjust. It was a privilege to hear their stories. I valued that greatly.“

Her family, however, though they understood her motivation and always supported her, were understandably worried.

“I think it was difficult for my parents at the time. They were people of faith and they could see the reasons and the value of what I did, but they did question, ‘Why you, why do you have to do it?’ I remember on one occasion my father saying to me, ‘If it’s the right thing to be doing, why aren’t the bishops out there doing it?’ And I thought, ‘that’s a very good question!’”

At the moment, it’s what is happening in Europe that disturbs her. “I feel very upset that there is a possibility that Europe will fragment,” she says. “Christians played a key role in creating the foundations of the European Union because they didn’t want to see wars happening again in Europe. They wanted to create models of cooperation and unity, and so it was a peace project. We have lost that vision for Europe and that really concerns me.”

Being part of a network of people who share a similar worldview and faith has encouraged Pat to continue despite the challenges. “Prayer underpins everything,” she says. “In our peace actions we do it as people of faith, as a worshipping community. We have a language of lamentation, repentance and celebration, and we bring that, together with our prayers, to places where we need to pray and to challenge because life is being diminished, denied or threatened in some way.

“Personal prayer is also important and I find times of retreat very helpful, as I can reflect on what’s happening in the world and let God speak to me in the silence. I find this a very powerful way of praying and it guides and directs my motives and actions, keeping them right and keeping them focused.“

Being a peacemaker is really about putting our values into action and finding ways to be a force for good, explains Pat. “For some people it may be important to look at peacemaking in a family context and think about how you can support and help one another to make decisions in a creative and faith-based way.

“For others, it may be looking at how they use their money and ensuring it is being invested wisely, or looking at the political arena and engaging with prospective candidates in elections or with their local MPs about the things that are going on. We produce briefings that people can use and there is a wonderful organisation called The Network of Christian Peace Organisations, which includes Baptists, Methodists, Quakers, Anglicans and Catholics, who come together to help both churches and individuals to think about how they can work for peace.

“But for all of us, I think being a peacemaker starts by looking at our own personal commitment, our prayer life and our values. We need to be sure that our decisions come from a centre of peace and of Gospel inspiration. Prayer should be the foundation of everything we do.”_ 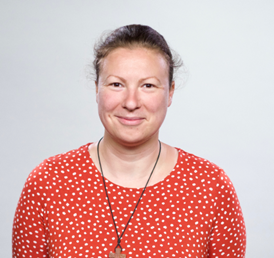 Maria Rodrigues presents Woman to Woman on Premier Christian Radio each weekday morning 10.30am to noon.