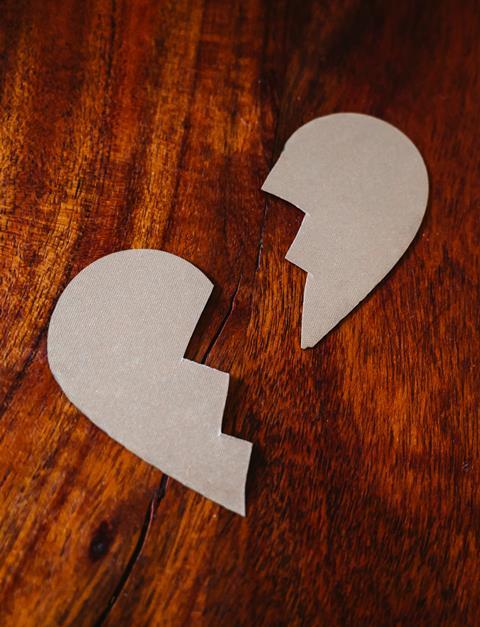 MR: What was it that your friend encouraged you to do?

KA: It was so profound because I was so broken, literally walking through the valley of the shadow of death emotionally and spiritually. My friend said to me, "Karen, one of the things that I admire about you is the way that you're walking through this". And at the time, I just I didn't get it because I wasn't paying attention to the way I was walking through it. And she said, "I think you should really write down the lessons that you're learning. I think you should write a book about it'. I'd told God already, "I'm not writing a book, I'm not doing this stuff". And she was like, "Seriously, the way that you're going through this is really powerful". People were expecting me to just lash out, people were expecting me to lose my mind, but the opposite was happening, and she really paid attention to that. And she said, "I think you should really write down". So after a lot of struggle and a lot of rebellion, I just started making a note, I said, "Okay, Lord, what are you showing me?", and He said to me, "I want you to write a book. This book is not about the detail of what you're going through, it is about the lessons that I'm teaching you as you're going through it". The whole concept is about how God taught me to brace myself and realise that I have a choice about when to keep my mouth shut and my ears open. It is about how to get through challenging times. One of the things that God showed me, and I am a living witness to it, is that nothing will be wasted. Nothing's wasted. It doesn't matter how many years you put into your marriage, or your kids, or your business, or your church, whatever it is that has broken your heart that has devastated you, that has made you feel I wasted all that time, from God's perspective nothing is wasted. He takes every speck of brokenness, and he puts it to good use, if you trust Him.

MR: Karen, very sadly, that friend who had given you the advice to write down the things you were learning died, then a few years later your brother whom you were very close to also died. How did your relationship with God get affected by these extra tragedies on top of what you were already processing?

KA: I was seeing a psychotherapist after my marriage breakdown and she pointed out that there are five things that if you go through one of them it could literally make you lose your mind. She talked about bereavement, divorce, being bankrupt, and I could tick four things on the list, but I still had my mind because God's grace is sufficient. I lost myself in God's word. I saturated it myself in His Word. With the whole of my pregnancy, the only thing I listened to was the Word, so it was even on the TV and on my phone. It was a reminder. In the night when I couldn't sleep, I just put the Bible on, so God's word literally sustained me through that. By the time my brother, who was my everything, passed, I realised that my husband leaving and one of my best friends dying was almost like preparation for my brother's passing. If it had happened the other way round, if my brother had passed first, I don't think this would have been my story. I think you'd be talking about who Karen Allen was, as opposed to who she is right now. God in His sovereignty knew that. It's almost like I had to have some painful tests before my brother died for me to know that God brought me through that so it means he can bring me through this. And he did.

MR: Because of the things you've been through and the lessons God has taught you, when difficult things come along do you think you are facing them in a different way nowadays?

KA: Yes, I think that now my perspective on struggle, on trials, on hardship and pain has completely changed. I said to someone just yesterday that the cross is the symbol of our faith, and the cross lets us know that Jesus died so that we can have life. This is one of the revelations I got at a most painful point. That's when Jesus's purpose was being fulfilled.

You can read more of what Karen Allen learnt through hardships and trials in her book: 'Broken into Useful Pieces'

Photo by RODNAE Productions from Pexels