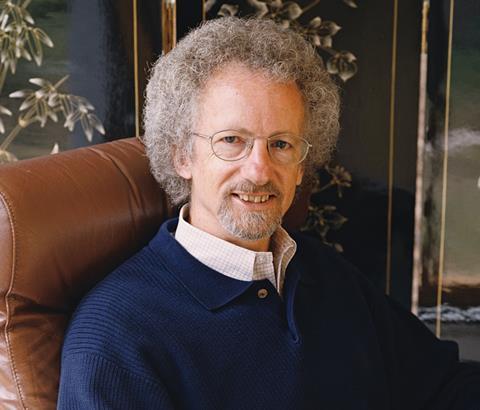 Philip Yancey is known around the world for his inspirational and honest writing. He grew up in Georgia in an unhealthy church background that he has described as ‘toxic’. After a crisis of faith at college, he gradually pieced his faith together again over several years. He has written over 20 books, often exploring issues of pain, suffering and grace, including the bestselling What’s So Amazing About Grace? He lives in the mountains of Colorado with his wife Janet.

What compels you to write about pain and suffering?
It is the first question that any thoughtful person has about the world. You look around and say, “OK, God is powerful, God is good - but wait a minute, look at the earthquake in Haiti, look at the tsunami in Indonesia . . .” Every day there’s something in the newspaper that raises the question: how could a good God allow this to happen? It’s a huge barrier for faith for many people and was a question that I had.

When I was one year old, my father contracted polio, was completely paralysed and placed in an iron lung. Christians from my church believed he would be healed because he was planning to be a missionary and why would God allow this person to die? So they had him – against all doctors’ advice – removed from the iron lung and believed that he would be healed. Within a week or so he died. So what happened there? Well, they had a mistaken theology. They thought, “This is God’s will”. They were wrong. What we believe makes a huge difference and in that case it cost my father his life. But those are issues that we all face.

That same church did not really teach me about grace. In fact, quite the opposite. Many people come from churches that are quite nervous about grace. We’re about rules, we’re about holiness, we’re about proper, right behaviour. But our faith is not built on right living. Jesus said, ‘I didn’t come for the righteous, I came for the sinner.’ And that is the message of grace that I missed as I grew up in the church.

Why are we so uncomfortable with the idea of grace?
It’s dangerous to let loose. The opposite of grace is control and it’s interesting that God, who has the ability and the right to control us, doesn’t. He sets us free. Even at great cost – we killed his son for goodness’ sake. But he didn’t intervene, instead the pattern we see again and again in the Bible is that once the evil happens then somehow God finds a way to redeem it and create good out of it. The crucifixion is the best example of that.

Is grace more evident in the Church these days?
In some ways the Church is a lot less legalistic, certainly than the church I grew up in. But I think in terms of the average person in the pew there is still a deep instinct that I have to do this to get God to like me. I gain God’s approval by my behaviour. Jesus was not a libertarian: Jesus was strict, Jesus kept rules – but he did it out of the motive of wanting to please his father because he knew his father, not because he was trying to impress the people around him. And I think that’s where the Church misses the point. The point of grace isn’t, “Now I can do everything I want”, but rather, “What is my motive for being good? Is it to get God’s approval? Is it to avoid hell? Or is it to respond in a worthy way to a God who has given all that he’s given us?”

Does God ever test us through suffering or does he just redeem it?
There’s a phrase that C S Lewis uses, he says: “Pain is the megaphone of God”. I’m always very cautious about disagreeing with C S Lewis, but I would not feel comfortable with that phrase because it sounds like there’s God on the other end using pain to get our attention. I’d rather use a phrase like “Pain is the hearing aid”. It gives us the chance to tune in. So I do have problems with people who say God caused this, God caused that. The Bible is pretty careful about that. It usually avoids issues of causation and basically says to let God worry about that. When Jesus is dealing with people in pain he doesn’t lecture them, he doesn’t usually discuss causation issues, he says, “Don’t worry about that, the question is what ‘works of God’ can now be manifest in this person?”

What about unanswered prayer?
I have a couple of chapters in my book on that! The classic response is that God always answers: sometimes he says yes, sometimes he says no and sometimes he says wait. But to me that sounds like a non-answer, it doesn’t really help! I would just say that there’s a lot more going on in the universe than we’re privy to. Prayer is not about me trying to get God to do what I want, but it’s primarily about me getting in that stream of what God wants done on earth.

I decided that prayer is a childlike act. It’s a way of coming to God saying, “I’m not God, I don’t run the world, I don’t know everything that’s going on, but my friend has brain cancer and I want my friend to be well”. And that’s a virtuous prayer, a good prayer, to think of God as a loving father. And often people who have cancer don’t get healed. But that process of expressing our wants and needs to God is a very important process. And we also believe that sometimes miracles happen, they’re not every day but they’re miracles. And there’s something very right about coming to God saying that is what I want.

You have said that, as Christians, we should be “fully alive”. What do you mean by that?
A lot of people would say that Christians are missing out on life – that there are a lot of things they disapprove of and they don’t do. But I can’t imagine anybody observing Jesus and saying, “Oh, look at him, poor guy, look what he’s missing out on!” Jesus was fully alive, fully present in every situation. In fact, mostly they would say, “Oh, here’s all that I’m missing out on”. And I don’t think that we are put on this earth just to endure our 60, 70, 80 years or whatever, just so we can live forever. This world is a worthy place. God saw it as so worthy that he sent his son. I truly believe that part of why we’re here is to enjoy the good gifts that God has given us.

In 2007 you had a very serious accident. Has this changed your view on anything?
I was in a rollover vehicle accident; Colorado is full of mountains and I slipped off one of them. The car hit a patch of ice and started rolling – and I ended up with a broken neck. I was strapped down to a body board and the doctor came in at one point and said, “We’re trying to determine if a bone fragment in your broken neck has pierced one of the major arteries. And we have a jet standing by to fly you to Denver for emergency surgery if necessary. Truthfully, if the artery is leaking, you won’t make it to Denver. So here’s a mobile phone, you should call the people you love and tell them goodbye just in case”. So it was quite a day.

I lay there for seven hours, strapped down so I couldn’t move and thought through my life. And I realised that so much of what we spend our lives concerned about – do I have the right clothes? The right hairstyle? How much money do I have in the bank? – when you are facing what might be the last day of your life, those things just don’t matter at all.

As I thought about it, I could only come up with three things that are worth thinking about at a time like that: Who do I love? What have I done with my life? Am I ready for whatever is next? And that’s it, I couldn’t think of another single thing. And so at the end of every day I should say, “OK how was today in the light of those three questions?” Obviously you can’t go around all the time thinking about this – you still have to get your car repaired and go through life – but it did have a dramatic effect on my sense of gratitude for life.

Is the Church’s calling to minister to those who are suffering, and offer grace to all?
I was speaking in a church in Mumbai the night of the terrorist attacks in November 2008 and one of the first things that I said to them was a line I had learned from Dr Paul Brand, a British surgeon who had worked with leprosy patients in India. He said, “A healthy body is a body that attends to the pain of its weakest part”. And the Church has done a pretty good job of that over the years. Wherever a tragedy occurs around the world, there are always Christian agencies right on the front line. That’s a gracious response – and grace like water flows to the lowest part. That’s the pattern, down, down, down. Get in the stream, respond to the weakest part and do it in a way that elevates those at the bottom rather than presses them down. Because we live in a world of un-grace that just keeps pressing people down.

What are you most proud of?
[Janet (Philip’s wife) interjects, “Being married to the same woman for 40 years!”] Thank you dear! I didn’t have a role model for marriage with a father who died when I was one year old, and Janet grew up with five sisters, so she didn’t know what men were about, so 40 years has been quite an education for both of us!

We have a lot of mountains in Colorado, 54 of them are above 14,000 feet . . .  so I started climbing them. I was one of those kids at school always picked last for any sports, so I never thought of myself as an athletic person, but I started running and getting in shape. I ran a marathon and I thought I can climb a mountain! So every summer I would try to climb a few of these.

The year I had my accident in 2007, I had climbed 51 of the mountains and I remember thinking, “I may die. What are my great regrets?” And the biggest one was, “I can’t die, I’ve got three mountains left to climb!” So that summer, after I got the neck brace off, I climbed the last three. It’s great for a person who works inside their head, in an office, attached to a computer all day, being completely unplugged in the grandeur of God’s creation.

What would you like to say to readers of Woman Alive?
I find it’s always dangerous when you get into gender differences, but from my wife I learned how to live more in the moment. She does it by nature, I don’t. I‘m off sorting through how I’m going to write about it and she’s like, “Philip we’re here, now. You have to live now.” And it’s been a great gift. I think God knew what he was doing when he made us different and then put us together – so we can help each other with those gaps.