‘Everyone looks forward to Christmas except me’ 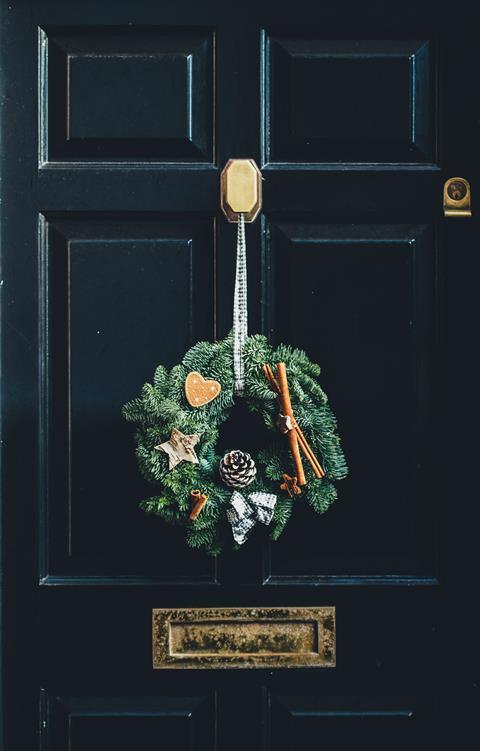 I was an only child, and Christmas holidays were spent with my mum, dad, and extended family. We didn’t live close to my extended family during much of my childhood, due to my dad’s job, so it was always special to see grandparents, aunts, uncles and cousins at Christmas. I remember the extravagantly decorated dinner table, the real tree with presents underneath, and strings of cards hung from ribbons.

However, when I was eleven, our elderly neighbour who I was very fond of, died on 23rd December. In the years that followed, my grandad and then unexpectedly, my uncle, died around Christmas time. A couple of years after that my parents split up, and I remember thinking: ‘I’ll never see them together again at Christmas.’ It meant an end to the extended family gatherings too. I became very cynical about ‘families’ and especially about Christmas.

I became a Christian in my twenties, and you might think I saw the spiritual significance and found a new love for the festival. I certainly found that to be true of Easter but I discovered that many of our Christmas traditions were rooted in ‘Saturnalia’ and I became a staunch scrooge.

Since then, I’ve tried (unsuccessfully) to ignore Christmas by working through it, but mostly, I’ve spent Christmas with friends. In truth, I’ve had some good Christmases. But there has always been a ‘shadow’ over the season.

It seems quite odd, then, that I’ve written a series of books about advent. A publishing company got in touch with me one year and asked if I would write an advent book based on the film ‘A Miracle on 34th Street’. I was asked to write about Jesus, drawing seasonal themes from the movie. It was a challenge and hugely ironic, given my dislike of the season. God definitely has a sense of humour and he really does bring good out of brokenness.

After Someone to Believe In was published, I was asked me to write another advent book. This one was based on the popular classic, ‘It’s a Wonderful Life’ and was called To Live Again. The third, published in 2019, is called Humbug and Happiness; all about Scrooge, who liked Christmas even less than me. But I really enjoyed writing the books, viewing these great films and pulling out ideas around the advent themes of  joy, peace, hope and love. In fact, I found that writing about the beautiful themes began to thaw me out a little about Christmas. God is good.

These days I try to intentionally focus on the ‘reason for the season’ in the run-up to Christmas. Last year, someone gave me an advent candle and I burned it down a day at a time, all through advent, reading the Gospel narratives around the Nativity, trying to focus on Jesus, and looking out for the themes I had written about. The ‘days’ burned slowly, and I seemed to spend a lot of time shoring up the candle’s sides with melted wax rather than focusing on Jesus. Still, my spirit lifted, and I was grateful again for God’s grace.

Perhaps you, like me, struggle at Christmas. This advent season, why not try to make room for the One who found ‘no room’ when he came to earth, by looking intentionally for the joy, peace, hope, love that can be found in the Gospels? Be blessed. And happy Christmas!

Photo by Annie Spratt on Unsplash