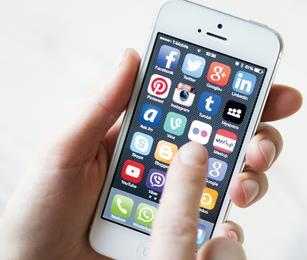 Many people use apps every day, others are not sure what ‘an app’ actually is. We asked Bex Lewis to explain

In 2010, the word ‘app’ was described as the word of the year by The American Dialect Society and in the same year Apple trademarked the term “There’s an app for that”. Basically, an app is short for ‘application’, a special type of software that runs on a smartphone or mobile device – each has to be written for the right ‘platform’, so an app available on an iPhone might not be available on Android. Apps can also refer to software that runs from your web browser, rather than purchased for a particular machine, but for the purposes of this article, we’re focusing on mobile apps.

Each app is a small, self-contained programme, designed to offer increased functionality in a simple, user-friendly way. It’s entirely possible to do almost everything on a mobile device that you can do on your main computer, but it can be fiddly on a small screen. An app can give you shortcuts to particular functionality, present data in a simplified format and give quick access to the latest information – particularly news apps.

What kind of apps?

General patterns of computer use indicate that mobiles predominate during commuting times, deskbound machines during working hours, and tablets in the evening. In 2013, 32% of apps were used for games, 24% for social networking (mostly Facebook), 8% for entertainment, 8% for utilities, and the remainder for news, productivity, lifestyle and ‘other’ – with a growing number using them for health and fitness (source: smartinsights.com). Introducing gaming elements to learning experiences is helpful for many: I’m currently ‘swimming across the Irish Sea’ with the Speedo app, and learning Portuguese with Mind Snacks.

Google is still the most popular way that people search for information, but social networks and apps are fast taking over. The other week I was in a hotel that appeared to be in the middle of nowhere. I used an app called ‘AboutMe’ to find out where the nearest food outlet was, and then used Google Maps Navigation app to find my way there.

You can download a mix of free and paid apps from iTunes for Apple devices, Google Play Store for Android, and Windows store for their apps. You will have to enter your credit card details for most of these, but should have to enter a password to download each new app. There are other options, but there is the danger of downloading viruses with unchecked apps.

Most phones and tablet devices allow you to drag and drop apps into folders, so seek to re-arrange your apps so that the ones that you use most often are at the front of your phone and easy to access.

1 YouVersion
Offering Bible reading, studying, sharing options and reading plans, this popular app has been installed on nearly 150 million devices, is available in 924 versions, and in 628 languages … and it will send you regular reminders! Click here for YouVersion

2 PrayerMate
A space in which to gather together your prayers for friends, family, and subscribe to online prayer diaries from a range of organisations. The app suggests prayers from the Bible; PDFs and photos can be attached, reminders can be given, and all is protected by a PIN code. Click here for PrayerMate

3 Kindle
Kindle is an app that can be downloaded on any device – you don’t need a Kindle There are hundreds of free (and paid) books to download, so challenge yourself to read something new. Syncs across a range of devices so you should always be able to find your page. Click here for Kindle app

4 Todoist
Todoist is a simple to-do list that works both on the web, and on your mobile device. Create an item on your to-do-list (optionally recurring), give it a date, allocate it to a particular project (e.g. house, car, finance, birthdays), and then focus on today’s tasks. With a paid upgrade you can look back at what you’ve achieved. Click here for Todoist

5 Timehop
A simple app that shows you what you’ve posted onto social media in previous years.  Curiously intriguing look back upon your own history – what has changed, and where are you stuck in a loop? Click here for Timehop