From atheism to faith 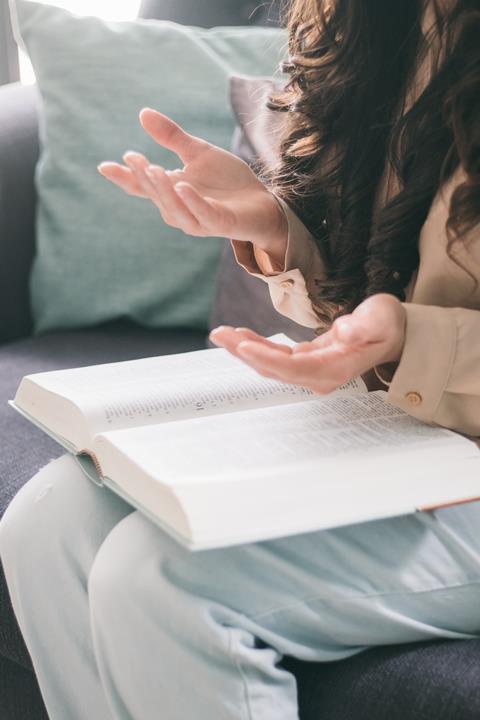 Faith and science aren’t in conflict with each other. Justin Brierley, host of The Big Conversation from Unbelievable? and Jana Harmon, a researcher on adult conversion, interviewed three female scientists who have made the journey from atheism to faith.

Challenged to read the Bible

Rosalind Picard was raised in a non-religious household and grew up believing that “people who were religious had thrown their brains out of the window”. Today, as a leading expert in Artificial Intelligence research and a pioneer of life-saving wearable tech, she credits her passion for science to God. So what changed?

Rosalind’s adult conversion began when she was asked to babysit for a Christian couple. She evaded their invitations to church, but was intrigued that two such intelligent people could be believers. When they challenged her to read the Bible she accepted. “I started to realise there was a lot of wisdom and intelligence in that book and that it wasn’t just a bunch of goofy, made-up stuff.”

A straight-A student with a career in science ahead of her, Rosalind took a logical approach to the evidence for Christianity. To her surprise she found the evidence was stronger than she had expected. “I became somebody who started to believe not only in the possibility that God existed, but maybe it was more probable than not.” 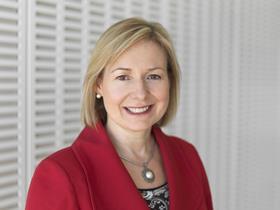 Eventually Rosalind went to church, and was challenged to make a decision about Jesus. “I decided to run it as a scientific experiment: If it’s really stupid it won’t make any difference. And if it makes a difference wouldn’t it be better to have the Lord of the whole universe as Lord of my life?” She took that step and it made an enormous difference. She felt “an amazing peace”.

Rosalind has gone on to have significant career as founder of the Affective Computing Research Group at Massachusetts Institute of Technology where she and her colleagues have developed life-saving wearable technology that can monitor emotions and seizures.

She says her work has only served to increase her awe of the God she now serves. “The more I learn about how the human mind works and how the human emotion system works, I’m just in awe. I’m in awe of how fearfully and wonderfully we are made, and it inspires me.” 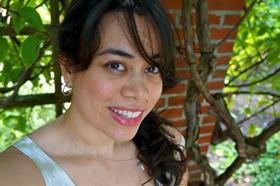 For Marie Wood, God was “an unnecessary explanation” for reality. Belief in God didn’t reconcile with her understanding of science, philosophy or history. She saw ‘God’ as “a concept people used to explain the impulses of life, meaning and love in the universe”. In her rational mind, religious belief didn’t make intellectual sense, dismissing God after growing up in Catholic faith.

During university, Marie’s movement towards atheism was influenced by her study of philosophy and biological evolution. In her words: “I was so arrogant and smug that I was right and evolution was this impenetrable fortress that was completely true. Nobody doubted it. No intelligent person would not believe it. She came to understand that “knowledge was something that is proven through evidence and reasoning. Christianity is not like that.”

Confident in her own evolved thinking, she viewed Christians as anti-intellectual. But she also understood the logical contradictions of her evolutionary mindset in her desire to be a doctor, stating: “I want to help people through medicine, but I’m actually making things worse on that genetic level for mankind.”

In this dilemma, Marie saw her education as meaningless until her atheistic worldview was unexpectedly challenged. She was “completely stunned” by exceptionally intelligent students who were debating the truth of Christianity. She began studying with them daily, reading and discussing books that made her question her resolute presumptions about evolution, naturalism and God’s existence.

Eventually her stalwart belief in a purposeless process of evolution was dismantled. Sobering clarity came when she realised evolution’s inability to explain the origin of life itself. It opened her to go where the evidence led. Reflecting on her change of heart, she said: “I had a commitment to truth. When it became clear that I was in error, I accepted it. It was humbling and unpleasant, but I would still accept it.” She wanted to believe what was true, leading her back to the faith she once lost. But this time she reclaimed it in God as the necessary explanation for all reality.

Creation points towards a designer

Julie Hannah pursues life through her intellect. A university professor, she sees things analytically, logically and scientifically. As a teenager, she rejected belief in God based upon her minimal exposure to Christianity, “judging it the way you would judge a culture of a country from someone’s holiday photographs”.

Christianity was a narrow and simplistic worldview “based on strange myths of miraculous things, an obvious thing to reject”. The French existentialists convinced her that atheism was a brave, courageous, thoughtful way of looking at a meaningless world. But, as a curious intellectual, she wanted to critique that worldview as well.

Julie’s investigation led her towards the science of understanding the origins and fine-tuning of the universe. But science was unable to account for the birth of the universe, nor could it account for the extreme narrow margins of physical constants required for life to develop. She realised that our universe is phenomenally improbable and that the postulation of an infinite number of universes was simply unprovable. There seemed to be an overwhelming impression of design which “opened my eyes to the strong possibility that there might well be a transcendent designer” albeit an impersonal one.

“There seemed to be an overwhelming impression of design”

Through further investigation into quantum mechanics, space-time dimensionality and human consciousness, Julie realised the limitations of her naturalistic framing of reality. Science was pointing towards the need for an intelligent mind outside of the physical universe.

Julie looked towards Eastern religions but found them unable to explain her questions. She then moved in “a completely unexpected direction” after she saw references to the Cosmic Christ in non-Christian sources. Exploring Christianity before she rejected it, her extensive study revealed a surprising authority and depth she could not ignore, far from the simplicity and fabrication she expected.

Putting the pieces together, she realised that God was the best explanation for our observations of the natural world. “No other belief system had answered those questions with such clarity and intellectual satisfaction.” Christianity became an obvious thing to embrace.

Listen to Ros Picard discuss AI, God and the future of humanity’ on The Big Conversation