Sharon Bricker, 73, was mum to three boys, but she always dreamed of having a daughter. After a hysterectomy due to ill health, she wondered how it would ever happen 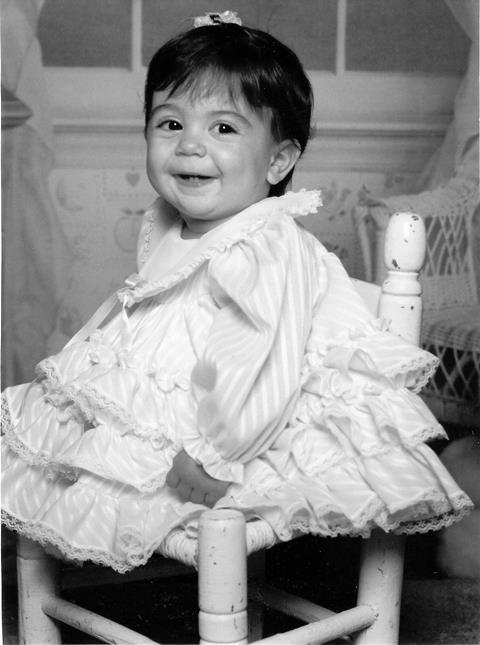 I was born in Palestine, Illinois. I had five older brothers, and one younger sister. We were poor, and things were tight, but we were a close family. My parents took us to church just down the road from where we lived, and from as young as I remember I believed in God.

I graduated from high school in 1965, and went to work at a shoe factory. From there I moved to work at the Heath Candy Plant. I met Gerald, the man who was to become my husband, there.

Gerald came to meet my parents first, as that is what you did at the time, and we had our first date a few days later. After the first meeting, my mother said he seemed nice, and I told her I was going to marry him!

We did everything fast; our first baby was born on our first anniversary. We had three boys, Gregory, now 48, Bradley, now 47 and Brian, now 45. I was so thankful to have my three boys, but I always wanted a little girl. My hopes of getting pregnant again were dashed when I had to have a hysterectomy at the age of 35. The need of surgery was from a problem that started when I was much younger.

When I was a teenager I had been hositalised after a cyst on one of my ovaries burst. I had so much scar tissue that it messed up my insides. They had to scrape my appendix off my rib cage. It was so serious that they didn’t think I would live and, if I did, the doctors said I might not be able to get pregnant.

Miraculously, I had my three boys, but then continued having severe pain in my abdomen each month; it was so bad that I couldn’t do anything. Eventually the doctors said my only hope was to have my womb taken out. I was devastated. I knew I had to let go of my dream of having a girl, but somehow I still believed I would have four children – I just didn’t know how.

When some friends of ours adopted a little girl from China, I started thinking about adoption. I began to pray: “God, there has to be a little girl who needs a family, please bring her to us.”

After what felt like years of praying, I was at a friend’s house one day. She had recently adopted a little boy, as she couldn’t have children. While I was there, she got a call from the Department of Children and Family Services (DCFS). The person from the DCFS said there was a baby girl born without legs who needed adopting.

Could this be my daughter? 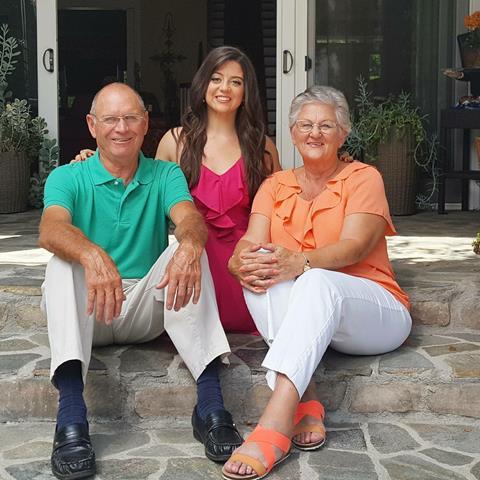 Sharon with her husband and daughter.

My friend felt it would be too much for her to care for such a child, but as we talked about her, my heart leapt. I drove home praying: “God, is this my girl?”

I told Gerald about the call from the DCFS, and that there was a little girl available, but she had no legs. He knew of my desire to have a daughter, and agreed that we would try and adopt this little girl. We then talked to our boys, and they unanimously said they wanted us to adopt her. They seemed more excited than we were!

Jennifer came to us only two and a half months later, back in 1987. She was two and a half inches long, and weighed just four pounds. She had big brown eyes, a radiant smile and huge amounts of energy.

I was in love. My boys were too: Bradley would feed her with a bottle, and then Brian would lay her on his chest as he did his homework. Jennifer was so adored.

Embracing all of life

A doctor advised me to carry her around in a bucket, but I refused. We never used the word ‘can’t’ with Jen, in relation to what she could or couldn’t do without legs. I didn’t want her disability to be her identity.

Jennifer learned to walk – and run – on her hands and bottom, and grew up fearlessly climbing trees and bouncing on the trampoline with her three older brothers. Her brothers encouraged all of that by having her jump off everything!

At the age of three she was fitted with prosthetic legs, but she never really took to them – she moved much more freely without.

At school Jennifer loved competing in ball games. We didn’t want to treat her differently, and she played softball and volleyball and rode horses. Whatever she wanted to try we would figure out a way for her to do it. She grew up around the same kids, and they accepted her. She never really thought about having no legs, so it didn’t hold her back. One day, after watching the Olympics, Jen said she wanted to try tumbling, and I told her I would find a teacher.

Jen became so successful as an acrobat and aerialist. She was a performer in Britney Spears’ Circus Tour in 2009, and was the first disabled high-school tumbling champion in the state of Illinois. In 1998 she competed in the AA Junior Olympics and came fourth in power tumbling. We are all so proud of her. 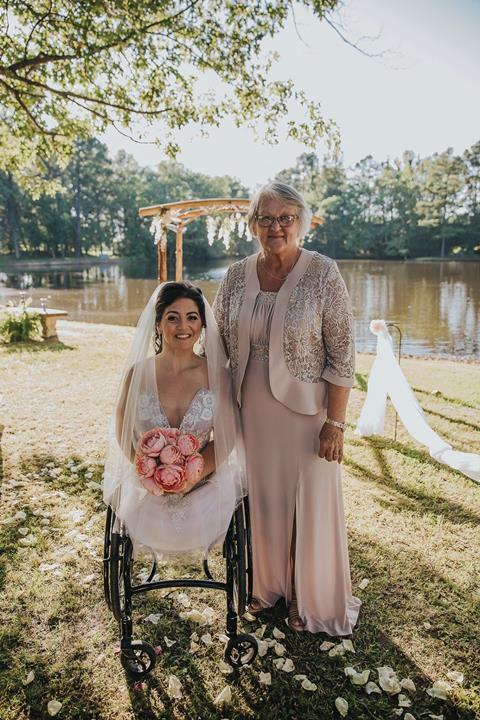 Sharon with her daughter at her wedding in July 2019.

When she became a teenager I realised there were no kids her age at our local church. I talked to a friend, and she recommended a church in nearby Robinson, Illinois, which had lots of young people.

I wanted Jennifer to have her own faith, and knew the importance of Christian friends her own age. She loves Jesus, and has recently married a wonderful Christian man.

God put Jen in my heart

When I had to have a hysterectomy, I could have given up hope of ever having my girl. But I believe God put Jen in my heart, and I knew she would come to us somehow.

I would encourage everyone to adopt. Children just need to be loved; it’s that simple. It says in James 1:27: “Religion that God our Father accepts as pure and faultless is this: to look after orphans and widows in their distress.” Adopting Jen has been the best decision we ever made, and I will be forever grateful.