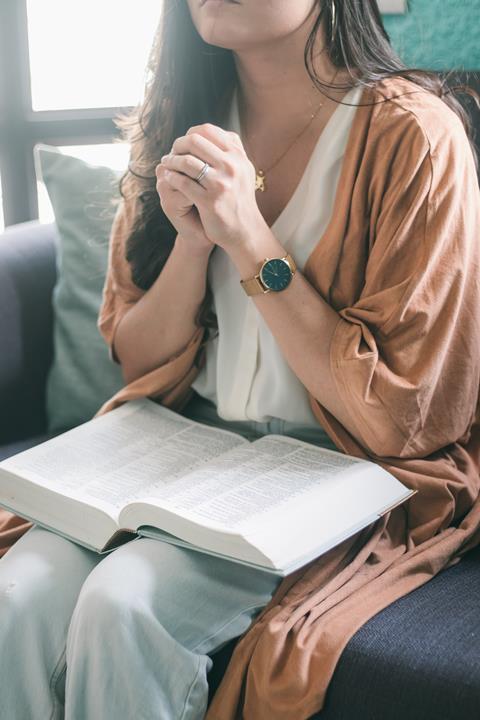 Seeing healing during an outreach trip

In 2018 my Youth with a Mission (YWAM) team and I were on an outreach, visiting a church in Luton. At the end of the service, we offered the congregation prayer for healing. I went up to a man called Paul, who said he had broken three ribs a few days earlier go-carting with his kids. When he pressed his ribs it hurt, and there was a crunching noise. I prayed a very simple prayer: that he would be healed immediately in Jesus’ name. I asked him to check his ribs and shock hit his face. He said there was no pain. None at all. Even the crunching was gone.

Later that week in Gloucester, a student of mine and I prayed with a lady who asked us to pray for her husband, who had just taken a week off work with sciatica. We prayed a simple prayer of healing over her husband and suggested that when she got home from church, she pray for him. Later, in the evening service, the same lady walked into the church with her husband. She told us that she had gone home and prayed for her husband. He instantly felt 90 per cent better so was able to get up and come to church. We decided to pray for that remaining 10 per cent, and the lingering pain went. He no longer needed time off work!

In 2017 I had to have surgery on my ankle. They put in a metal plate and I was a bit traumatised from it, as it had not been a nice experience. I was worried, too, that I would not be able to properly walk again. The physiotherapist and doctor had told me I wouldn’t be able to go on my holiday without crutches and that it was going to be a long process to get back to walking. I went to church the following Sunday evening. I was sat at the back and hadn’t really tuned into what was happening, but felt God saying I needed to get someone to pray for healing for my ankle. (That morning when I got up I couldn’t put any weight on that ankle. I was wearing an air-cast boot, and had to use my crutches.) I felt I needed to ask a specific person to pray for me. They were speaking that evening so I decided to wait to the end. In that waiting time, I felt God was saying that me asking for healing wasn’t for my faith, but it was for my family (who don’t know Jesus). At the end I asked someone else to pray, which they did. However I wasn’t satisfied, as I knew God had said I needed to ask a specific person. I waited and waited until he was free. He eventually prayed, and then told me to get up and walk to see how it felt. I still couldn’t put much weight on my ankle. He said: “OK let’s take the air cast off and pray again, and give thanks for what God has done.” I sat back down and he prayed again. I got up, and tried walking. This time, I was able to walk all the way around the church building with no crutches and no boot on, and then walked home! The first thing I knew I had to do was tell my parents. I feel God is drip-feeding them with his goodness by how he blesses me.

The audible voice of God

I always wanted to get married, and had felt God tell me that I would get married. But, as the years went by, I began to wonder whether I had heard from God or whether it was simply my eternal optimism! In my 30s I was living in Hong Kong working with drug addicts at St Stephen’s Society. One day, I got off the metro, and heard the audible voice of God. He said: “Don’t worry, you will get married, it is going to be good. Trust me.”’ I remember stopping in the middle of the platform and looking around to see if anyone else had heard it.

Not long after, when I was 36, I got together with Rob (it was 2012), a co-worker from St Stephen’s. We were together for 18 months and then split up, which was very hard. I did hold on to God at that time; all I could do was pray and worship. One morning I was praying and felt absolute peace as God reiterated what he had told me at the metro station. I then checked my Facebook page, and discovered I had a message from someone I didn’t know well. She hadn’t heard that I had split up with Rob, and told me she had had a dream in which Rob and I were getting married. For me it was confirmation.

Rob and I both separately returned to England after over seven years in Hong Kong. I remember saying to people: “If Rob is ready for marriage, it would be as much of a miracle as if a leg grew back.” We didn’t have any contact with each other at the time. I went to church in London one morning in mid 2015, and just couldn’t worship as I felt so sad and depressed. I went home afterwards and opened my computer to find an email from Rob asking to meet up. We ended up getting back together and got engaged by a river in the countryside. As we walked up a hill afterwards, looking over the countryside, suddenly lots of church bells started ringing; it felt like heaven and the angels celebrating us! We married in early 2016, just before I turned 40.

My husband, Tom and I were driving through the Pyrenees down to Spain. Tom didn’t have any sunglasses, and we had been talking about what sort of style he would like. He said he liked the aviator style and they had to be black. He was very specific about the shape and the colour. We were driving on very remote roads through the Pyrenees, so we weren’t meeting much traffic, and were driving very slowly. We went around a corner, and saw something in the road in front of us. As we got closer, we realised there was a pair of sunglasses on the tarmac! We stopped the car and got out to have a look. They were exactly what Tom had asked for – black aviator glasses. There wasn’t a scratch on them. We looked around to see if there was anyone they might have belonged to, but there was no one who could have dropped them. Tom tried them on, and we realised they God’s wonderful provision. It was such a specific and incredible encouragement for us. We were thankful to God for hearing our intimate conversation and answering so clearly.