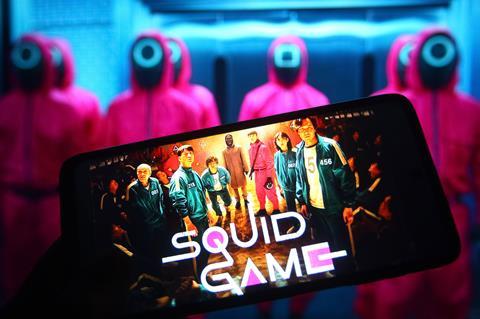 I watched it. Of course I did. I resisted for longer than most, but the immense pull of Squid Game was too much to bear.

The premise of the show

For those who’ve opted out of Netflix’s new, most popular show ever, I’ll give you a run-down of what you’ve missed. No spoilers, just a broad-brush synopsis.

First of all, it may be called Squid Game, but they are not here to play.

The premise of the show is that a group of desperate people, who are down on their luck and in dire need of money, are cruelly recruited into a game where they are promised great riches for winning six challenges.

What they don’t know is that only one of the 456 players will walk away with the money and those who lose the game are killed.

To add to the sinister nature, each of the challenges is a game you may remember from childhood. It’s life-or-death tug-of-war, marbles and ‘What’s the time Mr Wolf?’ Prepare to have your playground memories forever tainted.

We can all agree the premise is grim. The execution – and I’ve used that word deliberately – is also brutal.

The deaths aren’t implied with a scream from a distant room, they are graphic and relentless as the player count slowly ticks down to one.

In order to pose a balanced argument for the show, I will concede that cinematically, it’s great. It uses Wes Anderson style pastels to create a visually enticing dystopian landscape. But the story is effectively an adult Hunger Games (or Battle Royale for hard-core cinema fans).

Films and TV are getting increasingly violent and graphic. A friend of mine went to see a PG film that had the word s*** in it the other day and was completely blown away that the salty language had made it into the children’s category.

When I was younger, I was banned from reading Goosebumps, Harry Potter and Roald Dahl’s The Witches on the grounds that they were not in line with my household’s biblical principles. A move I deemed tantamount to child abuse at the time.

But as an adult – with the ability to make my own choices – I am increasingly opting to watch things that enrich me rather than shock me.

In the last week I’ve watched both Squid Game and Bake Off and enjoyed Bake Off immeasurably more.

Ultimately Squid Game – unlike Bake Off – will leave you with the impression that, when pushed, almost anyone can turn on you in order to protect themselves. It’s an unsettling and anxiety-inducing narrative and doesn’t fall into any of the criteria Paul listed in his letter to the Philippians.

So, who should watch it?

Your kids? I don’t have children so have to say that’s up to you. But my hope is that children would be protected from the gruesomeness of the show until they are adults (maybe mid-40s).

Should you watch it? Again, that’s up to you. It’s important to be “wise as serpents” in this world (Matthew 10:16, KJV), which means knowing what’s going on out there. But we also need to protect ourselves. We still need to be “harmless as doves” even with that knowledge.

I think all of these graphic programmes need careful discernment and should be watched on a need-to-know basis. So maybe ask God…do you need to know?