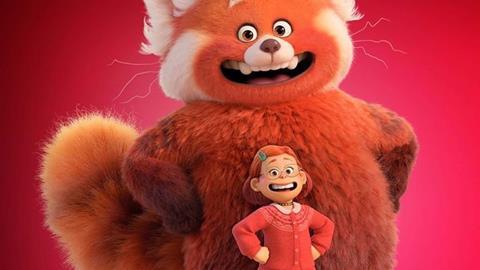 Pixar’s most recent release, Turning Red, explores the disorienting experience of puberty through the eyes of Meilin, a Chinese Canadian tween growing up in Toronto in the early 2000s. It struck a chord with me because I was coming to terms with my emerging womanhood in those years, with similar levels of horror. However, I did not have multiple ethnic identities and value systems to navigate, nor did I have the slight inconvenience of turning into a red panda every time I got upset! There were many contradictory messages in the film – some helpful and some I thought could be harmful. Here’s what I took away from it…

Family pressure can be overwhelming

From the opening sequence, Meilin is presented as a dutiful daughter, who is highly responsible and an overachiever. She is striving to do her best in school in order to meet her mum’s expectations. Perfectionism is a generational coping mechanism that is passed down from Meilin’s mother and grandmother, and it has destroyed the relationships in the maternal line. Meilin’s mum, aunts and grandmother have repressed their emotions, but they are still striving to keep up appearances. Meilin’s mother is presented as the enemy, the source of her anxiety. She criticises herself: “You are her pride and joy, so act like it!”

Meilin’s relationship with her mom is too close, and her father seems to be a non-entity in their family life. As Meilin begins to distance herself and craft her own life as all teenagers do, her mother’s neediness becomes more suffocating and overwhelming.

Male and female perspectives complement each other

Meilin’s father seems to be side-lined throughout the film, and yet he is the one who truly sees her and encourages her. While this is clearly a movie focused on women, he demonstrates the importance of male perspectives. We see things differently, and we need each other.

Overidentifying with emotions is not the path to freedom

Meilin decides that rather than hiding her panda, she is going to let it out. I struggled with this decision, as it creates a false dichotomy: repress it or let it out. The emerging cultural narrative encourages us to just let it out, and while I agree that shaming ourselves for our emotions is a cruel kind of self-torture, overidentifying with our emotions is not a wise way to live either.

My emotions can change like the weather, and it is exhausting when I let them take over. I become self-focused and struggle to relate well to others. I am learning to receive grace from God in these moments, and to speak words of grace to myself (my version of self-soothing). When I remember that I am God’s dearly loved child, it enables me to accept my emotions in the moment, but not to let them control me. I want the children of the next generation to experience the freedom he gives, neither repressed by shame, nor ruled by their passions and desires.

The gospel is good news

Meilin’s mum says she has just one opportunity to get rid of the panda, or she will never be free. Only one chance! When I heard this sentence, I said “Thank you for Jesus. I will fail you so many times, Lord.” It reaffirmed to me the grace and good news of Christian faith. We will continue to fail; He will continue to have mercy. Breathe.

Meilin’s friends offer her their unconditional love and presence, which enables her to calm and ground herself. It’s a picture of what community in the church could look like if we commit to walk alongside each other - even the ugly parts of ourselves. Curt Thompson (psychiatrist) and Jim Wilder (neurotheologian) write about the transformative power of belonging and group identity for people with attachment trauma. The church could become a community of support that provides grounding and safety, but Wilder says we often fall short because we lack the relational skills that are needed for this kind of compassionate presence.

If your children have watched Turning Red, what could you say in response? Here’s some suggestions:

Rachel HannaDr. Rachel Hanna was born and raised in Northern Ireland. She earned her PhD in English language and linguistics, focusing on readers’ and listeners' responses to asylum seekers’ stories. She spends a lot of her time thinking and reflecting. Her interests lie in spiritual formation and direction, and she seeks to encourage others to slow down. She is slowly learning to take her own advice.