Nowhere is safe for women, but this new helpline is a step in the right direction

A new helpline has been set up to help women feel safe as they walk home. Rachel Pearce explores why this is needed and considers other ways we can effect change in this area. 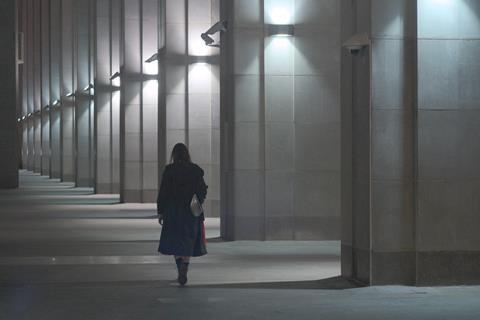 It’s happening right now, I thought to myself. I was only 17 at the time, but I already knew what was coming next.

‘Where you off to?’, ‘Does your boyfriend know you’re out on your own?’ And then, as I picked up the pace and he followed closely at my heels, ‘Fancy a f***?’

Worse still was the uninvited touching that followed. The grab of my arm, the back of his hand brushing my cheek. Barely an assault, but it chilled me to the bone. I turned and sprinted until I almost collapsed, and I never walked that route again, even though it meant taking a much longer way home.

Sexual harassment happens so often it’s a ‘normal’ part of life for many of us.

Sexual harassment happens so often it’s a ‘normal’ part of life for many of us. Sometimes it seems fairly innocuous, but there have been many occasions when I felt really unsafe. Walking to work early one morning, sitting on a bus alone one night and even – dare I say it? – getting a lift home from youth group with a married guy at my church. Nowhere is safe.

Because we all know that it does happen. It happens far too often.

‘The caller might have been running at the end, crying.’

I was really pleased to discover that a telephone helpline called Strut Safe has been set up to accompany women as they walk home alone. Callers can share their location and even what they’re wearing, and the volunteer at the other end will make a note in case they need to speak to the police, then talk to callers until they are safely through the door.

‘Sometimes you come off a 20-minute call that’s been really emotionally intense, really serious,’ co-founder Alice Jackson told the BBC. ‘The caller might have been running at the end, crying. And then you’ll hang up, and you’re sitting on your sofa, the telly paused, and there’ll be silence.’ Before long, the phone will ring again as another frightened woman heads home.

This kind of service shouldn’t be needed. Women shouldn’t have to moderate their behaviour or make frantic phone calls to feel safe. We shouldn’t have to travel in pairs, avoid public transport after dark, wear baggy tracksuits or change our usual walking routes to stay alive. We should be able to go for a run, meet up with friends and go to church groups without looking over our shoulders.

Women shouldn’t have to moderate their behaviour or make frantic phone calls to feel safe.

But that isn’t the world we live in right now, and Alice recognised that: ‘To people who say Strut Safe is just a sticking plaster, we understand that – we can’t solve the issues. But…we are here for anyone who needs us, and more change will hopefully come.’

How can we make further change happen? First, we can pray. Second, we can stop propagating unhelpful gender stereotypes. Third, we can teach our children to respect and champion others, regardless of gender. Fourth, we can address these issues in schools, in the workplace and from our pulpits. Fifth, we can report harassment and get the support we need. Sixth, if we’re feeling brave and it’s safe to do so, we can speak out when someone makes a sexist joke or an unwanted advance – even if it’s not directed at us.

We don’t have to smile and play nice because someone on the street tells us to. Because as we all know, ‘it may never happen’ is usually a fair assurance that it’s just about to.