I’m healthy and in my 30s but I’ve planned my funeral, including recording a message to be played - people think it’s crazy

Writer Lauren Windle explains why she decided not to leave her dying words to chance, but instead to record them to be played at her funeral and why she thinks it could be the most important thing she ever says.

This is going to sound a bit crazy given that I’m 33 years old and perfectly healthy – but I’ve already planned my own funeral. Some say it’s morbid and my sister flat out refuses to discuss it with me – but I think it has potential to be the most impactful thing I could do in my life. 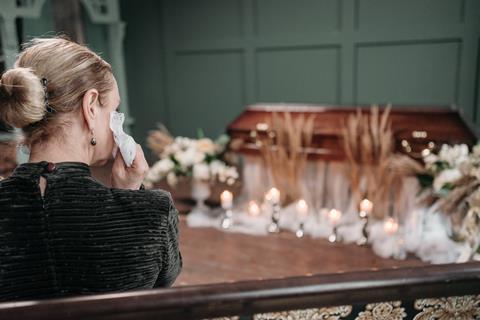 A few years ago I attended the funeral of a family friend. He died too soon at the age of 36 from complications associated with sickle cell. It was a huge shock to everyone and left his mother and two brothers heart broken. His funeral was heaving with people who had to stand in the street despite there being a break-out hall with screens next to the church. There would have been at least 1,000 people all crammed in to celebrate his life and support his family.

The service was long and desperately sad but also incredibly moving. I was already a Christian at this point, but when one of his friends stood up and said, “he knew where he was going after this life, but do you?” I felt a ripple of conviction flow through my body leaving the hair on my arms raised. If I hadn’t already known about Jesus, in that moment I would have wanted to. And that’s when I decided I wouldn’t leave anything to chance for my own funeral.

If I hadn’t already known about Jesus, in that moment I would have wanted to.

I set up a folder on my laptop called “When I die” and gave my sister written instructions with how to access it, she was massively unimpressed with this dubious honour. In the folder I left a type word document will – that’s how wills work right? And also my wishes for my funeral and for my social media after my passing (along with passwords). My funeral song has bounced around over the years between the theme from Pearl Harbour, the theme from Fast and Furious (the one after Paul Walker died) and BeeGees’ Staying Alive – because I think I’m funny. These days it would be something far more spiritual although I haven’t yet landed on the perfect hymn or gospel track for my last hurrah.

But more importantly than that, I’ve recorded a ten-minute message to be played to the congregation. At that family friend’s funeral, I realised that you have your most captive audience after your death and I wanted to capitalise on the attention of so many of my loved ones.

What matters most to me is that those who are trapped in a cycle of addiction break free and those who don’t know Jesus, meet him. So that’s what I said. I explained that I wasn’t afraid of death, that I had loved my life and I explained into the camera exactly why. I encouraged them to explore these things, I told them that there would be plenty of people (hopefully in the room) who would love to answer questions about it and help them work it out. I suggested they find a recovery group or an Alpha course. I promised I would never bother them about it again.

I realised that you have your most captive audience after your death and I wanted to capitalise on the attention of so many of my loved ones.

I don’t know when I’ll die and if it’ll end up being played but it mattered to me. People always ask: “If you died today – what would you regret not having said?” Now I can confidently answer that I regret nothing. My last words will be full of love and a reflection of what was truly most important in my life, and I’m proud of the prospect of leaving that legacy behind.