Christian Tim Bechervaise has been doing online dating on and off for years. Here he explains the things he’s experienced women do on the apps which make it far more difficult to date. 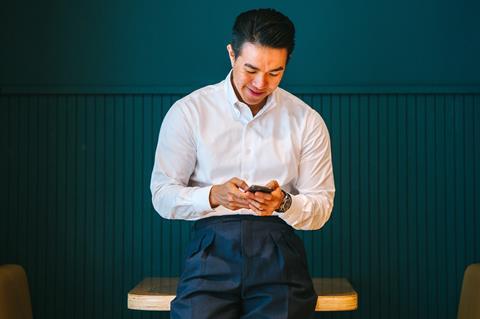 The date was over and I had no clue what to do next. Do I text first? What do I text? When do I text? I hadn’t been on a date in years, and this was my first through online Christian dating. It went well, I thought. She seemed nice and I was keen to get to know her more.

I left it 24 hours before sending a chilled text that belied my stress: “Had a lovely time last night. Would love to meet up again, if you’re up for it?” And breathe.

She replied within ten minutes (that’s good, right?) saying she was keen, too, and added that she’d get back to me in a few days once she knows her plans for the next week (what does that mean?). Two days later, another text: “Hey Tim. Really sorry, but I’m not sure that meeting up again makes sense for me…”

And so began my journey with online dating, which (after the odd period away) continues to this day. There’s been some genuinely lovely times, plenty of awkward moments, plus the odd heartbreaker. In among it all, I’ve spent an unhealthy amount of time scrolling through profiles and often said/done the wrong thing.

But is there anything that women do that I find difficult? Here are four things… and yes, before you @ me, I’m aware that men often get the following wrong, too.

On several occasions, I’ve been chatting to someone and, before long, the conversation has staggered to a halt, like a car on its last dregs of fuel. I’ve asked a question, but the answer never comes. If a conversation has begun and you’re not feeling it, please just say so like my first online date. Without closure and clarity, more questions emerge that linger dispiritingly in the air. Did I offend you? Will you reply? Online dating is challenging enough as it is. Let’s at least look out for each other by being polite.

I viewed a profile that had a handy tip for guys: write more than one sentence for different sections, because women like that. I had to smile, because it’s not something women always do themselves! I’ve seen many profiles where sections are either left blank or covered with minimal words. Even if I’ve found someone attractive from pictures, I move on, because there’s little to get a sense of your personality and interests. We don’t need an essay, just a little more that tells us about you.

Sending a message to introduce yourself is a thoughtful way to initiate contact, but the key is balance. I’ve received a few opening messages which are a tad on the long side, and it can come across as overly keen. This alone hasn’t me put me off someone, but can make responding feel awkward.

Once on a date I offered to do what I felt was the gentlemanly thing: cover the bill. The invitation didn’t go down too well with my date, who curtly replied that she could look after herself. I’m aware this is controversial territory. Consequently, guys can feel nervous over how to approach this without causing offence — all the more so on a first date. So if we happen to do or suggest something that may not be to your liking — be that paying the full bill or splitting it — be gentle with us. And if we get it wrong first time, we’ll be sure to get it right next time. That is, if there is a next time.