I don’t blame Will Smith for not acknowledging his Golden Globe, I wouldn’t either

Last night’s Golden Globes were nothing like the lavish ceremony of previous years, after a slew of scandals and accusations hit the organisers. With many winners not acknowledging their awards in protest, writer Lauren Windle ponders if she would do the same. 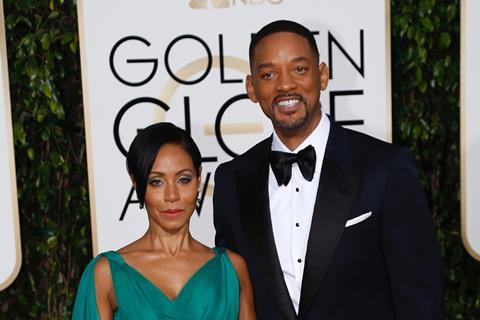 Let’s be honest… no one is ever offering me an award for my acting. Between my mediocre performance as ‘Star 3’ in the nativity and my C in GCSE drama, I think it’s pretty clear I wasn’t destined for the silver screen.

But when I woke up this morning and read the news that many of the actors awarded a Golden Globe this year hadn’t even acknowledged the accolade, I asked myself if I would do the same. And I think the answer is yes.

If you haven’t been following the furore, let me fill you in. The Hollywood Foreign Press Association is the organisation behind the Golden Globes, they are the big wigs who decide you to give ‘the nod’ to. The group have been embroiled in scandal with accusations of unethical behaviour and a lack of diversity. These poorly considered actions include accepting lavish gifts, trip and holidays from studios hoping to ‘woo’ them. In 2019 no less than 30 members of the HFPA were flown out to France to visit the set of Emily In Paris, all put up in a hotel where rooms start at £1,030 per night.

Actor Scarlett Johansson alleged that she was subjected to ‘sexist questions’ by a member of the HFPA and Hollywood’s nice guy Tom Cruise returned his Golden Globes in response.

But the final nail in the coffin was when it was discovered that of the HFPA’s 87 members, not one was black.

The uproar started last year when the awards were scaled back due to the pandemic anyway, but since then huge players like Netflix and HBO have decided to boycott the Golden Globes as they don’t feel the issues have been sufficiently addressed.

But the final nail in the coffin was when it was discovered that of the HFPA’s 87 members, not one was black.

As a result NBC, who usually broadcasts the ceremony in the US, withdrew its £44million contract and the organisers decided to issue their prizes in a low-key social media ceremony that lasted about 100 minutes last night.

A spokesperson said that they have taken steps to correct their errors; they are no longer accepting freebies and in October 2021 they announced the addition of 21 new members the majority of whom are black, Asian or Latin to their fold. But it seems for the jaded movie industry – this may be too little too late.

Some of the winners at last night’s awards acknowledged them, but the likes of Will Smith, Nicole Kidman, Michael Keaton and Jason Sudeikis did not.

It doesn’t hurt for people to fully appreciate the damage that sexist comments and whitewashing can do and for people to realise that it won’t be tolerated anymore.

I think it’s great that the Golden Globes have started to make changes and hopefully they will learn from past mistakes and privilege. I think time will tell how seriously they are taking this reform and to what extent it’s empty gestures. While that time is passing and they are proving themselves, I think it’s OK for actors to take a step back. There’s a difference between a boycott and a step back… and sometimes we all need to take a step back. It doesn’t hurt for people to fully appreciate the damage that sexist comments and whitewashing can do and for people to realise that it won’t be tolerated anymore.

I’m not saying that I would never publicly accept Golden Globe in the future (that’s right, the award I’m definitely never getting). But I am saying that for now, while they work it out, I would feel most comfortable not engaging with it, like many of the big-name winners last night.