Looking back over her Christian dating disasters, Rachel Pearce identifies five disturbing phrases that are a sure fire sign you need to run for the hills.

I’ve been on a fair few dates in my time, and most were harmless enough. Some weren’t soulmates but turned out to be great friends. With others I discovered I’d rather be single for the rest of my days! Here are some of the warning signs I did (or should have) heeded: 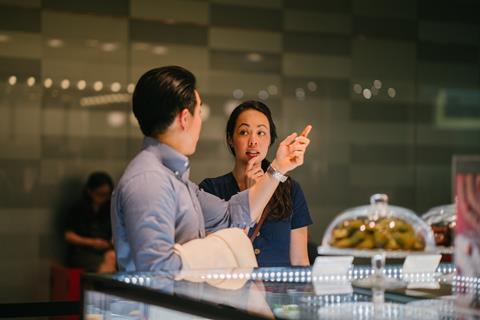 “My wife just doesn’t understand me”

This is a definite “get behind me, Satan” kind of statement. The guy (a youth pastor!) had conveniently forgotten to mention he was married, so the date was over before it really began. I suggested he go home and talk to his wife if there was a communication issue. He got very angry (another warning sign) and left me on my tod to pay the coffee bill.

“God told me you’re the one”

A guy I’d been at church with as a child said this when we met up for a drink. The problem was, God hadn’t mentioned any such thing to me… and what’s more, this fella was not marriage material. I strongly believe that if God is in the business of sharing this type of info with one party, he’d probably let the other know. And, having subsequently heard this phrase from a married man (not the one above!), I can even more confidently suggest that God will never matchmake a married man with a single (or married) woman!

I met a young man who was of a rather nervous disposition one sunny Saturday. He swiftly announced that he’d “had a bit of Dutch courage”. Given that it was 2pm and he was clearly plastered, I decided the date probably wasn’t going to go well. This feeling was confirmed when my delightful date vomited a belly full of Chardonnay and prawn cocktail crisps into my handbag. What is it the Bible says about “winebibbers”?

“I was just passing your house…”

After a fairly innocuous first date, one chap frequently messaged to say that he just happened to be passing my house – even though he lived an hour away – and did I fancy hanging out? I didn’t… not that this made any difference. He’d knock on the door anyway and I’d spend the next few hours gently trying to get rid of him. I eventually moved house, but I often wonder whether he still shows up and talks the hind leg off whoever has the misfortune of living there now.

The one that really takes the cake is the guy who proposed on date one. It turned out he was recently divorced and his ex had just got engaged. So competitive was this dude that he’d have married his own reflection to beat her down the aisle. I declined his kind offer, but later learned that he had successfully tied the knot with another lucky lady within three months. I really hope God had told her he was the one!