Christmas isn’t over till January 6, here’s why you shouldn’t stop celebrating the birth of Jesus

If you’ve already started packing up your baubles and taking down the tealights, stop right there. Belle Tindall explains that Christmas lasts a full twelve days and it isn’t over yet.

If, like me, Christmas always seems to come to a halt before you’re quite ready, consider this an excuse to shamelessly prolong the festivities. I know - you’re welcome. 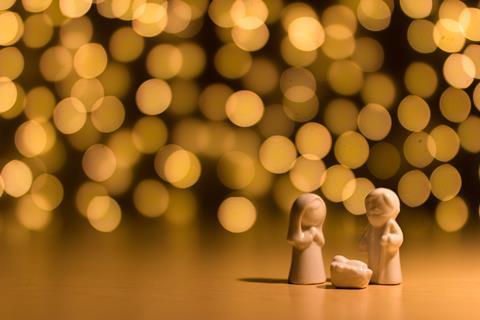 The world’s Christmas rhythm tends to go a little something like this: the season starts nice and early, it’s slow and subtle at first, but before we know it our days are filled with mince pies and Mariah Carey. This is all in anticipation for THE day, of course. Once that’s over we have ourselves the Crimbo Limbo - you know that week where you barely get dressed and you steadily make your way through eight tubs of celebrations and all the cheese you can get your hands on. This hazy week culminates in New Years, and then… it’s done. We move into the new year, leaving Christmas in the last one.

And that can feel a little abrupt, right? It can leave us with a case of festive whiplash.

Well, for Christians, that’s not the end of the party. Here’s how the church works its way through the season: it kicks of with advent, the four weeks before Christmas Day where we fix our eyes on everything that the first Christmas brought with it. Then we have Christmas day… and then, we have the twelve days of Christmas. That’s right, those twelve days start on Christmas day and take us all the way to the 6th January.

I know what you’re thinking, I always thought it was just an annoyingly long song too (you’re humming it in your head right now, aren’t you?!). But actually, the Twelve Days of Christmas is so much deeper than that.

Those twelve days are in honour of the mysterious Magi (most commonly refered to as the three wise men). We know basically nothing about these people, other than the fact that the universe was quite literally shaken by Jesus’ arrival and the Magi noticed. God used the stars they knew so well to get their full attention and announce that Jesus had just changed everything.

The Epiphany reminds us that Jesus’ birth had impact. It did then, and it still does now. It still has consequences, it’s still changing things, it is still news too joyous to be contained in one day.

As a result, these mysterious people gave up so much just to see Jesus’ face, their journey to find him shows us what it looks like to take God at his word. Tradition tells us that this journey to Jesus took the Magi twelve days, in reality, we don’t really know how long this journey took them, it could have been up to two years, but maybe two years of Wham and the Pogues would be pushing it! The exact timings aren’t really what matter here. What matters is that the Twelve Days of Christmas (culminating on January 6th AKA The Epiphany AKA the day the Magi arrived) reminds us that Jesus’ birth had impact. It did then, and it still does now. It still has consequences, it’s still changing things, it is still news too joyous to be contained in one day.

So maybe it’s not only acceptable to prolong the joy until 6th January, maybe it’s a helpful and even holy rhythm. Maybe it’s the perfect time to remind ourselves that the goodness of Jesus moving into the neighbourhood will spill over into the year ahead of us. 2022, whatever it may look like for you, will be yet another year of Jesus being the right-here-with-us God, perhaps setting aside an extra few days to fully process and celebrate that is no bad thing. Christmas is, after all, a 365-day reality.

So, to sum up: you have full and complete permission to keep on celebrating until 5th of January. And don’t let anyone tell you otherwise. Don’t thank me, thank those mysterious Magi guys.