Life Lessons: Following God’s call all around the world

Marti Green, 77, and her husband set up Youth With A Mission in England, and helped train thousands of young people to share the gospel 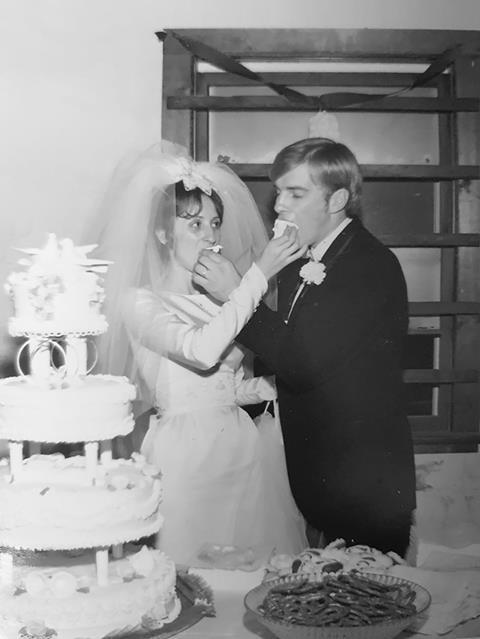 During the early decades of the 1900s there was a huge immigration of Italians to the USA. Among those were my grandparents.

Both sets of grandparents became committed Christians after going to Pentecostal meetings on the East Coast of America. My parents met and married, and in 1944 I was born. I was raised with the understanding that there was no better way to live than fully committed to God.

When I was 22, Loren Cunningham, founder of Youth with a Mission (YWAM), spoke in my home church in New Jersey. He gave a clear challenge for missions and I responded.

I joined a YWAM team that was going to Jamaica in the summer of 1967. There I met a newly married couple, Floyd and Sally McClung. They were part of a handful of full-time YWAMers based in southern California.

At the end of the summer the McClungs invited me to pray about a move to California to work in the small YWAM office, as the mailings and logistics were growing quickly. I moved there right after the outreach, and God provided for al my needs, as it was a volunteer position.

In 1969 YWAM began training centres, the first being in Switzerland. That summer, I felt the Lord speak to me about attending a school of evangelism there, which was based in Lausanne.

While there, I met Lynn Green. He was from Colorado, and had recently had his life completely turned around by Jesus. His sister and brother-in-law, Don and Deyon Stephens (who later became co-founders of Mercy Ships), had suggested strongly that he join them for that same school in Lausanne.

Six weeks after we met, Lynn asked me to marry him. I said yes straightaway! We were both convinced that the Lord had brought us together, confirming it with our family and leaders in beautifully specific ways. After we married in December 1970 we returned to Lausanne.

From there we were invited to take some meetings in Northern Ireland. We set off in a loaned VW van with just a name and phone number as contacts and very little money. An unexpected postal strike meant we didn’t find out that all the meetings had been cancelled! When we phoned the number an absolute angel of a man said to drive to Portadown. He met us, fed us and took us to stay at his house until he and his friends found a tiny flat we could camp in. They opened doors for us into Christian Unions in schools and youth meetings.

From Afghanistan to the UK

From Ireland we recruited a number to go to Afghanistan for the summer of 1971. Fifteen of us drove overland to minister to the hippies. Afghanistan was a haven for travellers at the time, as drugs were cheap and so was the cost of living.

Loren then asked us to move to the UK in order establish a full-time YWAM work there. Our initial response was that we felt too young and inexperienced. However, in the end we said yes, and committed to going for a year.

In 1972, we took a large number from the UK to the Munich Olympics to share the gospel with the attendees. Michael, our firstborn, arrived just six weeks after we returned in October, Mark arrived January 1976 and Stephen in March 1977.

In 1980 I found I was unexpectedly pregnant. Because of two previous miscarriages I was worried. One morning I was out walking and asking the Lord for understanding of the timing. He reminded me about my Bible reading that morning. I had read about Leah and Rachel and how God spoke of their pregnancies. I felt him assure me that he had opened my womb for this baby and that I would carry to full term. Sharon Joy arrived in August 1980. 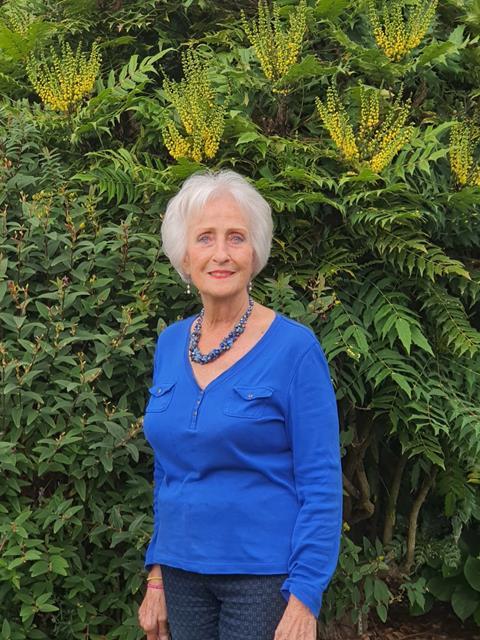 ‘My cup runs over’ (Psalm 23:5, NKJV) is a verse that has frequently popped into my mind over the years. Now, eleven grandchildren later, it is still overflowing! So much of who I am and wanted to be has been reflected in and through motherhood and family - it is a huge privilege.

In 1986 we were living in London with a team of 40 others in a building that used to be a seamen’s hostel, but had to move. Our deadline was fast approaching, so we were all praying fervently for God to provide somewhere else.

Ten days before our deadline, we were given the opportunity to move to Highfield Oval, Harpenden. It was owned by the National Children’s Home, and comprised of ten houses, a chapel and other buildings. We were told we could rent some rooms in three of the buildings on an initial six-month lease. Through a series of miracles, we purchased the entire property in 1993 and have trained and sent out thousands of young people to be missionaries, in every sphere of society, around the world!

Looking back, it is easy to see God’s hand, his incredible faithfulness and his provision in our lives, but sometimes what we were walking through was tough. We had to trust him when two of our children were hours from almost certain death. Michael had an operation at two months old and the surgeon unknowingly stitched through an artery. We returned home from the hospital and put him into medicated sleep, but after an hour and a half he woke up screaming. We found his nappy filled with blood and rushed him back to the hospital. The surgeon was white-faced and shaking when he realised what had happened. If Michael had slept any longer, he would have died.

Years later, Sharon was travelling around the world on a mission to raise finances for some of our neediest works in remote areas. She contracted cerebral malaria in Tanzania, though she didn’t realise it until she developed symptoms in Lebanon. Ten days later, when I arrived to meet her in Beirut for a couple of days, she was very unwell.

She was hospital-tested for malaria, but due to not testing her properly, the result showed as negative. Three days later, I took her to the hospital and was told her life was hanging in the balance. Many around the world became aware of our situation through the YWAM network and prayed alongside us.

Three days into treatment, I felt God say to me: “This is not about who you are or what you do, nor who she is or what she is doing for me…but, you can ask me for mercy.” So, I cried out for mercy over and over through the night.

The next day I went into the hospital, and the hospital manager, who had been very worried himself, greeted me saying: “Your daughter is going to live!” 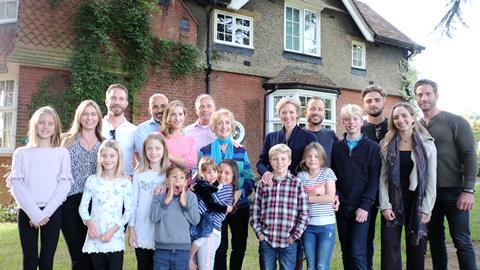 Marti pictured with her husband, children and eleven grandchildren

Later, Sharon told me what had happened. She said a ‘man’ walked into her ICU cubical. He had something like a lamb’s fleece, which he shook out, and then laid down on the floor. She felt total peace. I know it was somehow the Spirit of Jesus and he had shown my daughter and all of us mercy.

I have no other explanation for Sharon’s healing, and why some healings happen and others do not. I don’t think any of us do, but God’s word says we are to “Ask and keep on asking” (Matthew 7:7, AMP).

Thirteen years ago, I was diagnosed with breast cancer. Through a connection in the USA, a doctor at a prestigious cancer clinic, whom I did not know, asked to see my pathology report. He advised me to have treatment that I had been told I didn’t need. I took his advice, and we later realised that the treatment almost certainly saved my life.

Daily I hold on to Deuteronomy 33:12: “Let the beloved of the Lord rest secure in him, for he shields him all day long, and the one the Lord loves rests between his shoulders.” It is my place of security.

Youth With A Mission now has over 20,000 full-time workers around the globe, with the mandate “To know God and make Him known.” Find out more at ywam.org