If you are considering a career in porn…don’t 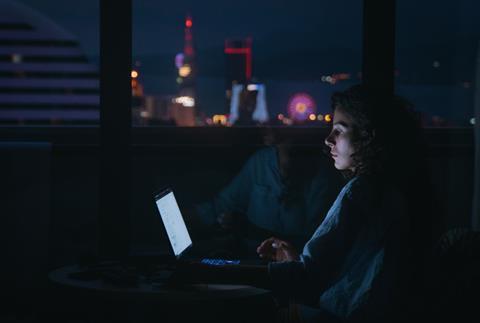 When I saw the results of a recent study conducted by Naked Truth, which found that 19 per cent of Brits would be open to working in pornography if the salary was high enough or if they were guaranteed a safe working environment, I wanted to shout: “Don’t do it!”

Having been a counsellor and coach for more than two decades, I have worked with thousands of people, many of whom have been impacted by the use of pornography. Here are just a few examples: The teenager filmed having sex with her boyfriend only to break up and know that her images are out there. The man who became addicted to pornography and lost everything, including his family and his work. And the young girl filmed by a paedophile ring.

I have counselled many couples who have cited pornography as an issue. Women whose partners are addicted (there are many female addicts too, but I have only worked with male addicts) say that it feels like their partner is having an affair. The men are always shocked to hear this.

Did you know that…

· Like class A drugs, users need more and more to feel the effects?

· Women are struggling with this addiction as much as men?

As an ambassador for Restored, a charity working to end violence against women, I would like to ask a question. Does pornography support the idea of women being treated with respect?

I willingly worked as a topless model for six months, appearing in tabloids and magazines across Europe. Why? Because the photographer I asked to take pictures of me as a 19-year-old, told me to take my top off, and I assumed that was the only way to make it. I was left with a portfolio of topless pictures, so that was the work I ended up doing.

I stopped travelling down that road after a film director suggested I change my agent, but 30 years later I was found on the internet…naked. By then I was a counsellor working with people affected by pornography use.

The horror I felt at seeing my 19-year-old self was complicated by the fact that I had a daughter of the same age. The idea of men leering over her image was repugnant, and I felt the same way about myself.

So if you are among the one in five, ask yourself the following questions. Would I be happy if someone masturbated over a photo of my daughter? Or if my son or daughter watched the pornography I appeared in?

The fact is, pornography is far more complicated than sexy movies, and the repercussions can be earth-shattering for those who make and those who watch it.