I spent years mourning infertility, even adopting didn’t take the pain away, until I realised something

Author Ellie Carter struggled to come to terms with not being able to have a baby with her husband, until she realised the part her faith had to play in her pain. 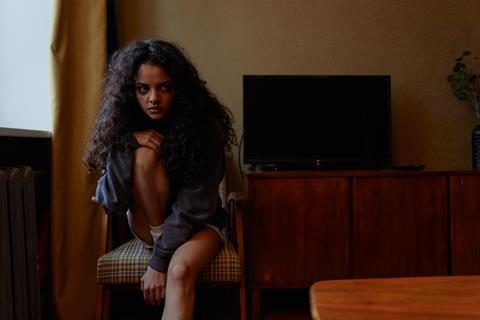 Have you ever heard someone say that, when faced with a difficult situation, their faith helped them through? I’ve heard this many times, and I truly thought that, as a Christian, when times were tough God would make it better for me, easier perhaps. If God was with me, I reasoned, it wouldn’t hurt as much if I was faced with challenges.

I will never forget the day when, aged ten, my classmates and I arrived at school to be told that we would be doing something different today. The whole year group came together and we had the lesson. The one where we found out where babies came from!

I had never been so shocked in all my life. I had absolutely no idea! Then a little girl sitting in front of me put up her hand and told the teacher that her auntie couldn’t have babies. The teacher asked if her auntie was very upset about it. I can’t even remember what the little girl answered. I was so horrified to think that there were women in the world who couldn’t have babies. From that moment on I dreaded it happening to me. Ridiculous though it may sound, and I’m sure I wouldn’t feel the same now, I dreaded being unable to have a baby more than finding out that I had a life-threatening illness. It was my worst nightmare.

And then the nightmare came true.

The year we got married, we were invited to ten weddings. We couldn’t attend all of them. Some clashed with each other and a couple clashed with our honeymoon. Having married a little later in life, we hoped a baby would come along fairly soon. Inevitably, two and a half years later, we received Christmas cards from friends and family, who had married the same year as us, with extra names at the bottom or sometimes “and the bump”. Sadly, it hadn’t happened for us. We tried not to worry and we prayed a lot.

We received Christmas cards from friends and family, who had married the same year as us, with extra names at the bottom or sometimes “and the bump”.

We sought medical advice and were soon told that it wasn’t impossible for us to have a baby, but that we had a reduced chance. Our prayers continued as we sought advice from our vicar and a Christian GP friend from our church. Medical intervention could assist us, but what was the right thing to do in God’s eyes?

Years went by, we took medical intervention as far as we felt able to as Christians, but I was still the barren woman. I knew that God had never promised me a baby, but the sadness was overwhelming and I couldn’t understand why God didn’t take it away. It was one thing to know that God had allowed this to happen, but another to consider why He wouldn’t stop the pain? We prayed for God’s wisdom and began to feel that adoption was the right thing for us to pursue. It was a slow process, but two years later we adopted our first little boy and, three years after that, our second. Our children can be very challenging, because of things that happened to them in the past, but we love them and we believe that God always knew these two were going to be our boys. They are our children. Despite this, the desire to have a birth child didn’t leave me. The sadness didn’t get any better and I still didn’t understand why God hadn’t taken it away.

The desire to have a birth child didn’t leave me. The sadness didn’t get any better and I still didn’t understand why God hadn’t taken it away.

When my sister had a baby, I felt jealous. At my lowest point I considered harming myself. I turned to prayer again. And that was when it hit me. My faith had helped me. My faith may not have taken away those feelings which were, after all, very natural, but it had given me a reason to keep going through it all. Jesus Christ had given up everything, come to earth to live and die a terrible death on a cross, to save me, to save us all. He was my reason to keep going. I lived to love and to serve Him and He had given me some important jobs to do, not least to support my husband in ministry and to help bring up our boys to the best of my ability. Looking back, God had always given me a reason to keep going, serving at church, being part of a home group, running the church youth group, being a wife, a daughter, a sister and, eventually, a mother. I could go on. God never said life would be easy, but my faith did get me through those years.

Six years later, I attended a healing service at the church where my husband was coming towards the end of his curacy. I asked for healing for the sadness, whilst acknowledging that those feelings were very natural. From the moment I said “Amen”, the sadness changed. It was as if those feelings went into a box in my head, very real and still present. Now, I only had to open the box if I wanted to. For that I am very grateful to God, but I still don’t doubt that it was my faith that got me through that very hard time in my life.