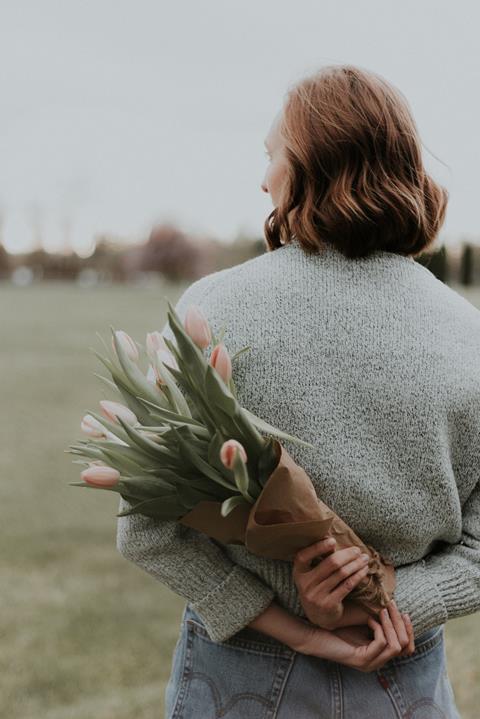 I recently turned 50 and, looking back over my life, I can definitely see a rollercoaster behind me. I became a Christian at twelve years old and thought that my life would be pretty simple – marry, have children and live happily ever after! Needless to say it hasn’t worked out like that.

I got married at 21 to a man I had met working on an evangelistic team. I walked down the aisle wondering if I was doing the right thing as he was adamant he didn’t want children, but I naively thought that would change. The marriage lasted two and a half years and then I left; I was so miserable it was making me physically ill. Having walked away from a Christian marriage I felt that God was angry with me. I beat myself up for a long time and didn’t feel worthy enough to go to church. Although I still believed, I had lost my relationship with my heavenly Father as well as my marriage.

During this time of feeling far from God, I married my second husband – who was not a Christian. Again there were doubts walking down the aisle, but I didn’t think they mattered too much because I wasn’t walking with God.

We had two beautiful daughters and life seemed to be going well. I found my way back to God and, while my husband wasn’t interested, he was happy for me to take the girls along to church with me. We moved nearer to my parents, as mum’s health was deteriorating. My husband had a good job so we bought a large house and enjoyed entertaining people and having guests stay with us. I joined the same church as my mum and hosted a home group at our house.

One afternoon my youngest, then about ten, showed me something on the computer that had popped up that should not have been there! I quickly managed to hide it from her. Confronting my husband later, I discovered that he was addicted to porn. Things spiralled from there, and eventually I asked him to leave. We separated for six months and during this time he couldn’t understand where my strength was coming from. I explained that the Holy Spirit was my strength, although there were times when my prayers were basically groans of anguish to God. Jesus met me where I was, in what I thought was the darkest time of my life and, through worship and my church family, gave me everything I needed to cope.

My husband started going to an Alpha course to try and understand this God who was helping me. He actually attended two Alpha courses while we were still separated and then became a Christian. We started attending marriage counselling and he was also having therapy for his porn addiction and anger management sessions. At this point I felt it was right to give the marriage another go so he came home. We renewed our vows in church before our family and friends. Although life looked pretty good on the outside, within the home things were never quite the same, as he was still very angry and I found it hard to trust him.

About three years later we were arguing a lot and our now teenage girls didn’t seem to have a good relationship with their dad, especially my youngest. I thought it was just part of being 14 years old and living in a house where the parents are not particularly happy. The girls went to the Christian festival Soul Survivor and, while they were there, life changed forever.

My youngest was in a meeting worshipping and when they started singing ‘Good good Father’, she started crying. She went outside with her boyfriend and he asked why she was upset. She couldn’t tell him but he asked God to show him, which he did. As a result of what God revealed, he [her boyfriend] took my daughter to see her youth leaders, where she disclosed that my husband had been abusing her. I knew nothing about this, until my church leaders called and asked to see me (the girls were still at camp). They came around and explained what had been disclosed and that they had a duty to call MASH (the Multi-Agency Safeguarding Hub) and the police. At home that night, I had to pretend nothing was going on.

The next day the girls came back and we went straight round to my mum and dad’s house. The police came and interviewed my youngest daughter and advised us not to go back to our house. My husband was working in London that night so I had time to go and collect a few things for an overnight stay at my parent’s home. The police arrested my husband as soon as he arrived back from London and he left the house the next morning never to return.

I had thought the separation had been hard but this was a whole other level! We went through a court case, where my husband was convicted and placed on the sex offenders’ register – and we got divorced.

Through all this my Father God held me close. People at church would give me words and pictures, without knowing details about what was happening (apart from my husband no longer being around). I spent a lot of time at home worshipping flat on the floor sobbing to God, as there were no words to express the pain and heartache. Three years ago I thought I would just have a casual look at a Christian dating site just to see how it worked. I ‘chatted’ with a couple of guys and then one man reached out to me. We started to chat and felt we connected well. He lived 150 miles away so meeting up was tricky. He has family 60 miles away, so we decided to meet on a Monday after he had been to visit them for the weekend. We met at a local pub at 11am and spent the whole day together, feeling very comfortable with each other. Then, after about three months of daily phone calls, he realised that if the relationship was going to go anywhere he would have to move, as I couldn’t move the girls away from home and family. He found a God-given job and moved into lodgings with a couple from my church. He would come to my house most nights for dinner.

He asked me to marry him two years ago, after asking my parents and both girls! I have never experienced a relationship like this. There are some arguments (that’s simply real life) but he apologises when he is in the wrong, which never happened in my previous relationships. We pray together regularly, he encourages me, supports me, champions me and makes my heart sing.  I know that I can trust him with myself, and also with my two girls.

We planned a wedding for eleven months after our engagement. Due to COVID we had to postpone the wedding three times. But, this time, as I walked down the aisle there were no doubts; I knew that the man waiting for me was chosen by God and that I would be safe with him always.