How did my grandparents survive the war?

Maxine Hallett reflects on the desperation and determination of her ancestors 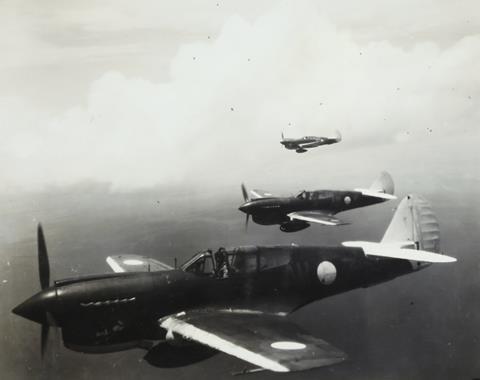 If I had the chance to sit down with one special person, it would be my late grandmother Molly. The older I get the more I realise just how amazing she was. My grandmother was full of wisdom and as an adult I now appreciate the life skills that she taught me. My mother gave birth to me at my grandmother’s home, which is where we lived until I was about two years old. As young children, my brother and I spent most weekends with my grandparents. We moved back for a few years when my parents’ marriage fell apart – I was about ten years old. When I was a teenager and started to go off the rails, I went to live with them again for a while. That was challenging for them, but they never gave up on me.

Molly was a petite lady but with the strength, wisdom and kindness that held our family together. I still struggle today with the knowledge that Molly collapsed on the floor when she found out that I was a heroin addict. Not long after that she was diagnosed with cancer and died in May 2005, aged 84. My drug dependency meant that I was unable to travel down to Cornwall and attend the funeral, which I deeply regret.

My grandparents, Arthur and Molly first met briefly when she was 16 but started dating properly four years later. On Boxing Day 1943 they were married while my grandad was on leave. Three days afterwards, Arthur was sent overseas to India with his regiment. Arthur was a gunner in the Royal Artillery, working on the anti-aircraft gun, shooting down enemy aircrafts. The constant noise caused permanent damage to his hearing.

Molly did not see Arthur again for four years. During this time she worked full time at a local houseware store, served 15 hours a week in the evenings as a plotter for the Royal Observer Corps, spent two evenings at the YMCA cooking for soldiers and one evening on fire watch.

When the war ended and people started to embrace the peace my grandmother was left feeling emotionally and physically drained. As soldiers started to arrive home, my grandad didn’t appear. Every day Molly waited in anticipation at the train station for Arthur. When Arthur eventually found himself back in Truro Molly hardly recognised him, as he was suffering from malaria and memory loss. Most of his kit was missing, and gifts and mementoes from his years in India had been stolen.

Arthur was not the same person Molly had fallen in love with and married four years previously. She had to get to know this stranger who did not even know himself. Arthur spent months in Plymouth hospital where Molly would visit him when she could. He even had to undergo shock treatment. My mum remembers, years later when she was a child, how he would be in bed for days sweating and in pain. He also drank gallons of quinine, which was a tonic water developed as a medicine to fight malaria.

Molly and Arthur also suffered the hardship of losing their firstborn son Paul when he was a few weeks old. They were overjoyed with the arrival of Yvonne (my mother) 18 months later. Molly went on to suffer many more miscarriages and so my mother grew up an only child.

John 14:27 (TPT) says: “I leave the gift of peace with you – my peace. Not the kind of fragile peace given by the world, but my perfect peace. Don’t yield to fear or be troubled in your hearts – instead be courageous!”

I sometimes wonder: Did Arthur and Molly pray during those endless difficult years? Did they turn to Jesus to find the peace that comes with his love, the peace that will sustain us through our suffering?

I hope that my grandparents would have been proud of the life that I am now living, and that they were able to forgive me for all the pain I put them through. They are often in my thoughts, especially when I am spending precious time with my grandchildren.

Dear Lord, our Father, as we remember our grandparents and family members who suffered during the Second World War we thank you for any peace that they found in their walk with you during those terrible times. We ask that your per fect peace drenches those people who are today living in the midst of conflict. We pray that as you watch over them, they sense your presence and turn their eyes to you Lord in their time of need. Amen.