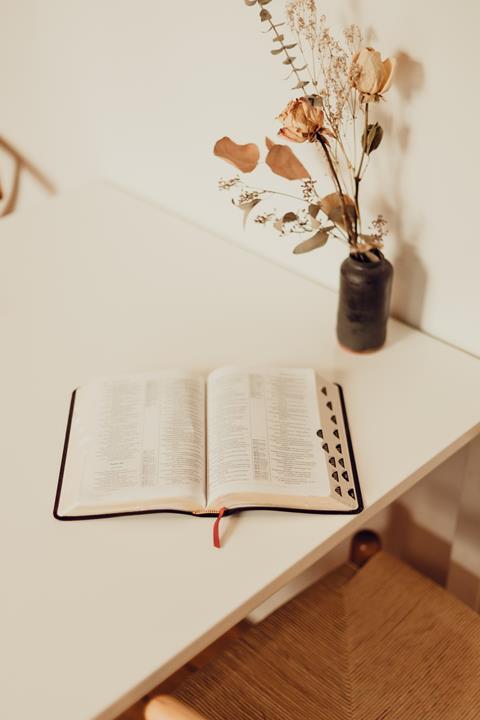 Identity is one of the big issues in the Bible. Questions about ‘Who are you?’ and ‘Who am I?’ crop up in lots of contexts.

For the people of Israel in the Old Testament, human identity was tribal and tied to family lineage. The different tribes were allocated land according to their size, and they occupied different regions of the nation.

Yet beneath the different tribal identities lay a deeper identity that united the Israelites. They identified themselves as the people of God. They were different from pagan nations; they were not to sacrifice to idols or exploit the vulnerable, but to follow God’s explicit commandments for their lives. They were called to justice and worship, and to shun all forms of idolatry. Throughout their history, the prophets of God reminded the Israelites of their identity, and the responsibilities that went with it.

Identity in the New Testament

In the New Testament, the ‘people of God’ were not identified by family membership but by belief and commitment. They were drawn initially from the people of Israel, but then from many other nations. This means God’s people may not have spoken the same language, had the same customs or shared the same skin colour. A diverse, often scattered group of people, nevertheless they experienced unity as followers of Jesus. What they had in common was the acceptance of God’s offer of forgiveness for their wrongdoing, and they lived out their belief that Jesus is the Christ.

Christian identity, then, starts with Jesus, and who he is. The question of Jesus’ identity absorbs many pages in the Gospels. In Matthew 16:13–15 Jesus asked his disciples:

“Who do people say the Son of Man is?” The disciples had heard people identifying Jesus with John the Baptist, Elijah or Jeremiah. They recognised him as a prophet – someone who publicly spoke God’s word. But when Jesus asked his disciples who they thought he was, Peter came up with a different answer: ‘You are the Messiah, the Son of the living God” (v16). Jesus’ closest followers had seen something unique.

Women who recognised their Lord

Christian identity is always linked with Jesus’ identity. Two women in the Gospels found this out in quite dramatic ways. One woman was Martha, a close friend of Jesus who, in John 11, had just watched her brother, Lazarus, die and was grief-stricken. She was also very hurt that Jesus had not gone to them in time to save him. In a conversation where she rebuked Jesus, she found some consolation in her belief in the resurrection (see vv17-22). But then Jesus told her that he is the resurrection, and that whoever believes in him shall never die. He asked if she believed that. Martha’s simple but powerful response has echoed down the centuries. “Yes Lord…I believe that you are the Messiah, the Son of God.” Jesus went on to affirm his identity to her by raising Lazarus from the dead.

Jesus met the Samaritan woman in John 4 when she went to draw water from a well. In a very unexpected conversation (in Jewish culture it should never have taken place), Jesus revealed to her that he knew her identity. She had had five previous husbands (several of whom would have discarded her) and the man she was living with hadn’t even married her. She then guessed his identity; a prophet. But after an amazing discussion with him about deeply spiritual things, the true reality of who this man was began to grow on her: “I know that Messiah (called Christ) is coming. When he comes, he will explain everything to us,” she said expectantly. And Jesus replied: “I, the one speaking to you – I am he.”

Two things about identity leap out of these stories. The first is about our understanding. We don’t always recognise who Jesus is at the beginning. It is when we listen more carefully to him, and weigh up his life and teaching, that his identity becomes clearer to us. Many people in the New Testament took time to fully accept the truth about Jesus’ identity. But others never accepted it because it challenged their way of life and meant they would have to repent and change. It is the same in our world today.

Christians are often people who have undergone an identity change

The second is about our responding. Our own identity can change when we are confronted by who Jesus is. At the end of the last story, the woman was no longer a much-divorced, despised Samaritan woman. Instead, she became the first evangelist! Christians are often people who have undergone an identity change. As St Paul says in Ephesians 4:22-24, they have ‘put off ’ their old selves, and the things that dragged them down, and ‘put on’ a new self, which reflects their changed life and freedom in Jesus. The New Testament is packed with people whose identity underwent complete renewal, because they discovered who they really were in the love of God through Jesus.

Many people today experience a crisis of identity, especially in secularised societies where boundaries have shifted. With family break-up, and changes in people’s sexual lives, many can struggle to understand what makes up their real self. In a culture that has lost its roots, we soon begin to identify ourselves by what we do or what we have. But to define ourselves by something external to our full selves often leaves us drifting. A stable sense of self can’t fully exist when identity rests in what we have accomplished, what we feel about gender or what other people think of us. External circumstances change, and then our identity becomes more fragile and changes too.

We know who we are because we know whose we are

The truth is that the security of Christian identity lies in our relationship with the God who made us and knows us better than we know ourselves. That wonderful message from God in Isaiah 43:1 is a word of reassurance to each one of us: “I have summoned you by name; you are mine.” All The New Testament writers recognised our identity is rooted and grounded in Christ. He is pictured as our rock, our anchor in the storm. They remind us that our personhood rests on a secure foundation. We know who we are because we know whose we are.

Part of something bigger

The biblical writers speak into our culture today with a further insight. In a society where so many people are lonely, their message is that Christians are not isolated individuals, trying to relate to other competing egos. We are an intrinsic part of a bigger whole.

We often talk about Christians being members of a family, yet Paul catches the meaning of identity even better when he talks about us being part of a body in 1 Corinthians 12:12-31. Each Christian is an essential part of the body of Christ; we all have different functions and gifts, but we use them together to build up a healthy, functioning body. This involves care and prayer, love and patience. It requires us to not gossip, judge or hurt one another.

Biblical teaching touches down deeply into the search for identity today. It reminds us that Christian identity is inextricably linked with Christ’s identity, for we are members together of his very body.