When did parenting become a competitive sport?

In the month celebrating Mother’s Day, Veronica Zundel says it is time to stop competitive mothering 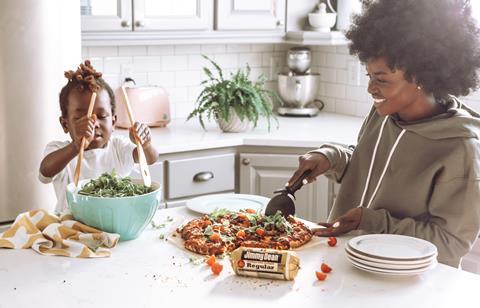 When my mother had her first baby (my brother), in 1947, the go-to expert on childrearing was the stern Dr Truby King. He said things like: “On no account pick up the baby when he cries” (I don’t have the exact wording but I’m quite sure he would have said ‘he’). Being an only adopted child with no experience of babies and whose adoptive mother – who herself had no experience of babies – had by then been gassed by the Nazis, she took his advice as gospel. Post-war babies were supposed to be bouncing, to be left out in the fresh air in all weathers, and if they cried they were just exercising their lungs. I blame Dr Truby King, among many other factors, for my brother’s severe mental illness and consequent death.

Fortunately, by the time I came along, five years later, I think she had given up on baby manuals, and learned to trust her own instincts. It wouldn’t be long, in any case, before Dr Benjamin Spock came along and reversed everything Truby King had ever recommended. (I was still, however, like my brother, a second-generation Holocaust survivor, and no one knew at the time how that trauma affected subsequent generations.)

Of course every parent wants to be the best parent they can be, whatever their own limitations and circumstances. But I wonder how much parenting guides are to blame for what I call ‘competitive mothering’, a trend which seems only to increase with each generation. Sit in the toddler group or stand at the school gate and observe how mums compare milestones and their little darling’s academic achievements; see how the special needs parents are left on the edge of the group, just as their children are relegated to the corner of the playground, and you will know what I mean.

When did parenting become a competitive sport? Was it when the birth rate fell and the whole focus fell on the just one or two children people allowed themselves? Surely when having seven or eight children was normal, they had to more or less scramble up by their own efforts. There was no internet full of parenting forums then, and the only guidance you could get was from your own mother, if you were lucky enough still to have her.

Nowadays, the school gate and the internet are full of mums boasting how quickly they got little Tarquin toilet trained, and displaying photos of perfect Penelope receiving her PhD in particle physics at 20. Perhaps this is just a middle-class phenomenon, but I happen to be middle class (I didn’t choose to be!) and so its discouraging effect is powerful. Where does it leave the mother whose one precious lamb taught himself to read at three but couldn’t tie his shoelaces till he was 17? Or the mother who has to fight to prove her child with cerebral palsy is actually highly intelligent and desperate to communicate?

A present for Mother’s Day

Mother’s Day is this month, at least in the UK. While it began as a day when servants and labourers could visit their families and their ‘mother church’ back in their own village, it has become its own form of competition, testing how much you can indulge ‘the best mother in the world’ (how can there be so many of these?). Being the wife and mother of men on the autistic spectrum, to whom every day is alike, I am usually forced to give a strong hint by leaving a chocolate catalogue or an article on Mother’s Day in a prominent position on the dining table. Even then I will be lucky to get as much as a card.

But really, there is only one present I would like for Mother’s Day. And I would like it for every mother like myself who has entered this race hobbled from the start, feeling like she is running a three-legged race while everyone else is on a sprint. This is what I would like: for competitive mothering to be called out as readily as racism (or increasingly, sexism) is, for it to be recognised as an undesirable social phenomenon. Because parenting is not a competition, it is a vocation, and every mother and every child is different and should be allowed to be so.