Youth With A Mission (YWAM) is a global mission organisation started in 1960 that today reaches out in more than 180 countries through training, mercy ministries and evangelism.There are many church partnerships working in recognisable mission activities such as teaching, food and clothing provision and evangelistic outreach. But what about a coffee and tattoo studio in the middle of London?

Doll: You’re a coffee shop, hair salon and tattoo studio in Camden. How did this come about as an initiative for YWAM?

Peri (head of operations): It had been a dream of ours for quite some time. Our base leaders were always pushing into the spheres of society and really wanting to be involved in the cities that they were in. So we sat down as staff in 2013 or 2014 and each said something that we wanted to see God do in the next five years. A coffee shop or a business on the high street came up. We started dreaming and pushing for it and then in 2016 opened a small café inside a church in Notting Hill that we used to partner with.

That was like a test run for us, as it wasn’t open to the public – just church members and staff. We stopped that after a year and a half and went some time without having a physical location. Then, around the middle of 2018, we decided to go for our dream. We started calling properties up and down Camden High Street to see what prices were like and when things were going to be available. We thought this shop might be a bit small because we had already decided we were going to do coffee, tattooing and hair – mainly because those were the skillsets that existed within our base team. The landlord of the property wasn’t too sure about letting to us initially, but by some miracle said yes in the end. 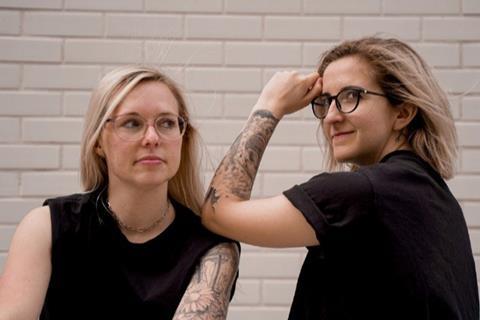 Doll: So what did the proposal actually look like?

Peri: We submitted a few different proposals highlighting that we really thought it would suit Camden and how it was going to be community space as well, not just solely for the profit.

We truly saw it as being a hub for the community on the high street.

Sometimes YWAM can be a little bit of a bubble, as we focus on our schools and our training and do outreach and evangelism.But having a location that is perceived as ‘secular’, really opens up a whole new range of people that you can reach. We signed the contract on 1 May 2018, so this year we’re actually celebrating three years of being open!

Doll: Congratulations! So how does it work in terms of staffing at THINK+? Is there an outreach element there too?

Peri: We started out with everyone from the YWAM staff and we’ve recently started receiving people as volunteers from outside. One of the new staff members is a Christian outside of YWAM who is volunteering because she’s going to be opening a church café and wanted to learn. But we’ve had some university students who have met us on the streets during the evangelism or from flyers that we’ve handed out. They’re not necessarily Christian, but they really love the projects that we’re doing and come and volunteer in the café sometimes. 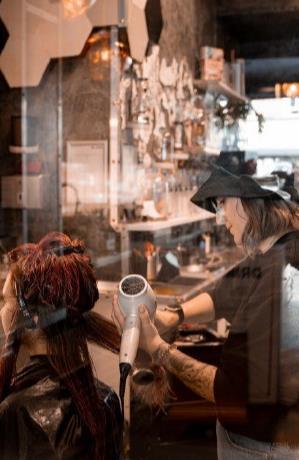 Doll: It feels like a really brave time to have a business model reliant on volunteer staff; is it true that 100 per cent of the profit goes back into the business?

Alyssa (tattoo artist): It’s true!It’s a bit hectic, but YWAM is a faith-based organisation so a lot of it is about depending on God for finances. Some of the staff have part-time jobs, but our priority and our main focus is with the ministry. We are fundraising constantly and looking for supporters. But honestly, watching how God provides is really, really cool!

Doll: What does it mean to have such a public-facing mission coming from a place of Christianity, which might not be immediately obvious to clientele?

Sami (hair stylist): When I’m doing hair, I don’t hide my faith, but even if we don’t say anything, people will often say stuff like: “This place just feels so different” and “You guys seem like a family; you clearly love each other.” And I’m like: “Yeah we do!” People share everything with their hairdressers and it has really been a beautiful thing for me to build relationships and be there for my clients in a lot of really hard life circumstances. One particular client was in what sounded like a pretty abusive relationship and I was able to talk through it with her while she was in the chair. I hadn’t seen her in almost a year but a couple of weeks ago she came in and said: “I broke up with my boyfriend” and I was so happy! She was completely changed. Those moments are really precious and it means a lot to be able to provide this safe space.

Doll: So let’s talk about the elephant in the Christian space: tattoos! We know in Leviticus 19:28 there is a pretty clear instruction not to mark your body. How do you navigate that?

Kelcey (hair stylist): I feel like many Christians are at least willing to have a conversation about it now. They’re interested to know how we got here based on what we read in the Bible. It takes a lot of proper research and intentionality, because it is clear that the Bible says not to mark your bodies. But it is important to go back and look at the context and what was happening in that time which – as I understand it – was that people were essentially marking their bodies with the same markings as other people who had died, or were getting tattoos to remember or honour the dead. Spiritually this means they were linking themselves to the dead and that’s not OK! But yeah it does take a lot of digging and it really is a taboo topic, which is why we like to talk about it.

Alyssa: I got into the tattoo industry about two years ago, but I was just learning on my own and then felt God tell me to start pursuing it more as a ministry rather than a hobby. And then, quite surprisingly, I had interest from a lot of my parents’ friends, who might have been too afraid to go into a shop because it’s quite intense and often a dark environment. So to have someone that they trust and know to be actively seeking the Lord about it as well means they were like: “Oh, sign me up!”

Sami: Being here as Christians means we can bring light into some areas of the arts that have been known to be quite dark, like tattooing and hairdressing. They don’t have a lot of Christian presence at all. We are showing that there is a light in this industry.

Find out more about THINK+ at thinkcoffeeandink.com