Tamar: God can redeem any story

Widowed twice, sent home in disgrace, prostituted to her own father-in-law, this woman from Jesus’ genealogy lived a life full of shame at the hands of men, and yet Elaine Storkey reveals how the grace and blessing of God was on her life 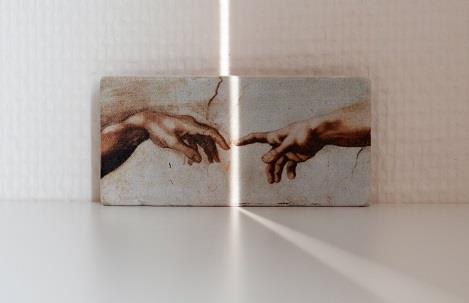 If you were writing about Jesus to inspire people to follow him, where would you start? With his nativity, maybe? Or his death and resurrection? What about his miracles, or teachings? Any of these would grab people’s attention. But Matthew starts his Gospel account with a genealogy. While this may seem strange to our eyes, the original readers would have known that Matthew was establishing that Jesus had impeccable Jewish credentials, that he was in King David’s line and that he was the one the Hebrew prophets had identified as the Messiah.

The genealogy contains a curious choice of names, however, some of whom had chequered histories. One of them, Perez, was the product of a very dubious liaison. Even though Tamar, Perez’s mother, was an ancestor of Jesus, I’ve never heard a sermon on her. Her story in Genesis 38 illustrates what it was like for women in a patriarchal world.

The perils of widowhood

Genesis 38 starts with Jacob, whose sons’ rivalries and betrayals were shocking, but God still worked his purpose through them as they eventually formed the twelve tribes of Israel. They were forbidden to marry outside the family of those worshipping God, as their surrounding neighbours were idol-worshippers. Judah, Jacob’s fourth son, ignored this and married a Canaanite wife. They had three sons, Er, Onan and Shelah, and Er married Tamar. That is when her story in Genesis begins.

The writer of Genesis tells us that Er was a wicked man (v7), without saying what form this wickedness took. Usually, people described as ‘wicked’ are idolaters, people who have no interest in God’s law and who exploit others. Wicked men don’t usually make good husbands, so we can assume that marriage may not have been happy for Tamar. He didn’t stay around very long, however, because he died. They had had no children and, since the role of a woman was to give birth to the next generation, this left Tamar with the stigma of childlessness and made her vulnerable.

The people of Israel had an answer to that: if a husband died without an heir, the husband’s brother was to marry the widow and then produce an heir for him posthumously. This would provide a ‘name’ for the man who had died and ensure land passed down to his line, and would also give the widow a male protector and provider. This practice eventually became codified in the law of Israel (Deuteronomy 25:5-6). In that society it was an important provision for women, and it is still widely practiced in patriarchal societies today (for example in Somalia, Kurdistan and Cameroon).

So, Tamar was then given another husband, Judah’s second son, Onan. He took on the responsibilities largely because he was obliged to. He was happy to have sex with Tamar, but not at all happy for her to conceive because the child would technically be his brother’s, which would mean his own portion of land and inheritance would be smaller. So he made sure his semen didn’t enter Tamar’s body (v9). We’re told that this displeased God and Onan died too, leaving Tamar as a widow for the second time.

The only son left was Shelah, who was much younger than his brothers. Judah promised that Shelah would marry Tamar in due course, but it was clear she had become a burden to his family. He was even afraid that Tamar might bring about the death of his youngest son, and so was more interested in protecting him than any daughter-in-law. His answer was to pack her off back to where she came from, to live as a childless widow in her father’s household with promises of marriage for the future (v11).

The stigma attached to this would have been overwhelming. Tamar would have had no money and no options. She would not have had any priority within her birth family and would not have been allowed to marry outside her husband’s family. Her sisters-in-law would have resented her being dependent on their husbands’ support. As her biological clock ticked on, Tamar saw that she was never going to be Shelah’s wife and her options for child bearing were diminishing.

Taking matters into her own hands

Then, news came that Tamer’s mother-in-law had died and Judah had gone into mourning for his wife (v12). At the end of his public grief, Tamar was told that Judah was leaving to join the men shearing his sheep in a place called Timnah, close enough for Tamar to go and meet him. But to go as she was, in her widow’s clothes as his offended daughter-in-law, would be counter-productive. So she worked out a strategy to achieve a different outcome. Disguising and veiling herself, she sat on the road he would take, outside the entrance to Enaim. Judah saw her, assumed her to be a shrine prostitute and, with the promise of a young goat as payment, engaged her services (v16). Tamar asked for some promissory items – a sort of deposit. This was nothing out of the ordinary, but it might have seemed odd to Judah that she wanted his seal, cord and staff! Whatever he thought, he complied. Having had sex with her, he sent a goat as promised, then made enquiries to try to retrieve his belongings. He must have been bewildered when he was told that there was no such shrine prostitute (v22), but thought nothing more of it.

I imagine that Tamar may have been delighted to find out she was pregnant. But she would also have been aware that an unmarried widow pregnant with child was an outrage in the patriarchal world she lived in. For Judah, particularly, the news created a scandal. After all, she was his daughter-in-law.

He had the power to determine her fate and he ordered her to be put to death (v24). But Tamar was prepared for this. She sent the promissory items to Judah with the allegation that their owner had made her pregnant (v25). Once he realised he was the father, Judah immediately acknowledged that he had wronged her. God used Tamar to reveal to him his failings: he had broken faith in refusing her marriage to his youngest son. Tamar endured no further exploitation or rejection, and the story ends with her giving birth to twins, with Perez as the official firstborn. The echo of her story still sounds in the genealogy of Matthew’s Gospel. 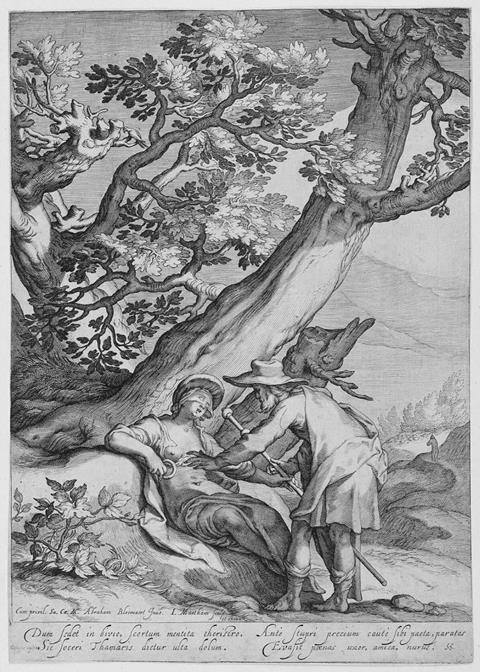 What can we learn from Tamar’s story today?

Tamar lived centuries ago and yet many parts of her story are replicated in societies even in our day. When I was researching my book Women in a Patriarchal World, I came across so many cultures where women’s lives are still being dominated by systems that give them few choices and no legal rights. They are often punished for being raped, and if they step out of line, male family members have the right to decide their fate. Christian organisations like Restored and Press Red work hard, advocating for change. Open Doors works to protect vulnerable Christian women across the world who are doubly at risk when persecuted for their faith. These organisations need our prayers and support.

But Tamar’s story also challenges us not to judge people for actions they take out of desperation. People often focus on Tamar’s wrongdoing because of her deception and prostitution. Yet in the passage it’s the disobedient men who are judged. Er dies because he is wicked. Onan is judged because he fails to honour his brother’s widow. Judah is judged because he has wronged Tamar, but he acknowledges that and repents, saying she is more righteous. Meanwhile, Tamar is blessed with twins! God sees into our hearts and his grace goes beyond human judgment.

Tamar’s story also reminds us that the Bible doesn’t sanitise messy situations. There is no need to, as God can work through any problematic background or personal history. Despite the past, Tamar and her child were used by God to develop a family lineage culminating in the birth of Christ. If Jesus can come from a generational line that includes such chaotic relationships, then none of us should feel that our past or relationships cut us off from God. When we turn them over to him, Christ’s redemptive love can release us from family pain and restore brokenness, to achieve his life-giving purpose for us.