Tackling the horrors of child trafficking 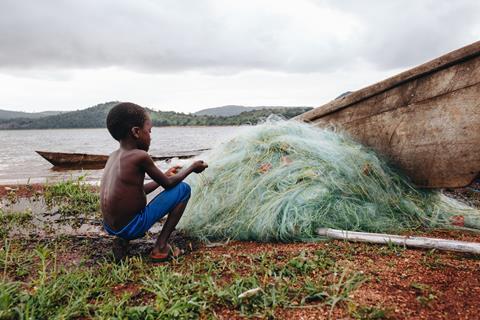 Imagine diving deep into a lake, holding your breath till it feels like you’re bursting as you pick at knots to untangle a fishing net, knowing that if you run out of air or get trapped in the meshes, you are just another casualty. This is the brutal reality of child trafficking, which views children as disposable. Starved, diseased, deprived of love and beaten with ropes and canes, sadly freedom seems an impossible dream to these young ones.

Children trafficked into the fishing industry on Lake Volta in Ghana are generally taken from communities in poverty, deceived by promises of good education and a bright future. The truth is very different. They endure cruelty and harsh labour, often working 12 to 14-hour days.

Anita Budu was living and working in London as a social worker specialising in child protection when she heard about the work International Justice Mission (IJM) was doing in Ghana. She had always been passionate about supporting the most vulnerable in society, so how could she turn a blind eye to the violent injustice of child trafficking in her home country? Hadn’t God talked about release for the captives (Isaiah 61:1)? Anita felt compelled by God to do something to help these vulnerable young people, as their plight broke her heart. “These children are deprived of the opportunity to go to school…to play and just be children.”

IJM’s values and vision strongly resonated with Anita. As one of the world’s largest anti-slavery organisations, it not only works with governments worldwide to find victims of trafficking and bring them to safety, but also drives systemic change and strengthens justice systems to help stop the problem at source. She could readily identify with its mission, which was both huge and simple: to stop slavery and violence and bring protection to the most vulnerable.

How could she turn a blind eye to the violent injustice of child trafficking in her home country?

Kaign Christy, director of IJM Ghana’s field office, gave Anita a warm welcome. From him she learned the importance of not giving up as he led the team in earnest prayer for over a year, asking God to open doors in places of influence, raising up men and woman who would take steps to stamp out child trafficking instead of ignoring it. In November 2016 the team’s prayers bore fruit as IJM, government and police embarked on a collaborative effort to tackle this menace.

A heart of compassion 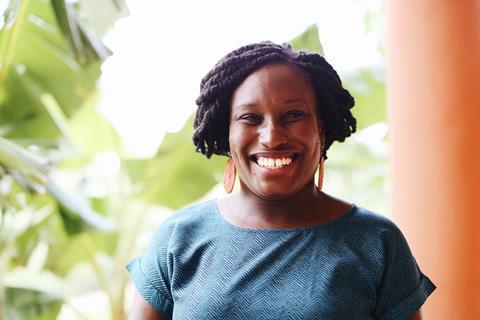 At first, Anita served in the aftercare team, where her skills as an experienced social worker were invaluable in helping survivors of child trafficking adjust to normal life. As well as receiving medical treatment and counselling, the children were provided with what seemed like luxuries after the hardships they’d endured – a bath, a bed and nourishing food. One day Anita saw a child sitting beneath a sign on the dining room wall that said ‘God’s child’ and was struck afresh by the reality of God’s love for every child. “That is my vision for each of these children, that they would grow to know that they are special, unique and loved by God.”

However, gaining trust often meant taking the time to gently unpick the story behind what might seem strange or aggressive behaviour. The team couldn’t understand why one boy kept scavenging food from bins when there was a table full of food until they learned that his boat-master had starved him and he’d had to steal scraps to survive. Anita’s heart went out to him. “It was really hard to hear that any child should have to go through that.”

Fear was another common response as boat-masters told horrific tales of what would happen to children who ran away. One poor boy was terrified when he stumbled across a skeleton in a science lab at the aftercare centre. He was convinced he was going to be killed and his blood used for black magic, so it was hardly surprising that he lashed out at the people trying to help him.

Such challenging behaviours could lead to misunderstandings, as Anita explains: “Sometimes our partners would feel a child was being difficult or rude or obstinate, but really it was because of the trauma they’d been through.” To combat this, IJM provides specialist training to its aftercare partners and NGOs on understanding trauma and its after-effects and offers helpful tools to manage it.

The road to justice

In July 2018 Anita became director of justice projects, and is now responsible for leading multi-disciplinary teams of investigators, aftercare workers and lawyers. “It’s often challenging,” Anita comments: “But I enjoy empowering others to do God’s work, whether that’s through other NGOs or other government agencies. There is a chance to bring about real change.”

A typical day involves lots of meetings and decision-making, which might include assessing whether a referred case really is trafficking, planning fresh ways to engage and motivate IJM’s government partners or developing strategies to achieve success in a rescue operation. However, one very important activity is always on the agenda – making sure that traffickers are held accountable for what they’ve done. “Without consequences for wrongdoing, why will a person change their behaviour?” Anita explains. “It’s a great day in the office when we get to the end of a case and there’s a conviction. It’s then we truly feel that justice has been done for the survivors.”

There is no doubt that the fight to end child trafficking is far from over but Anita sees every operation, whether three or 30 are brought to safety, as a victory. She never tires of watching the miracle of transformation. “Within three weeks…they look like a normal child – they look happy. For me, serving these children is a joy.” 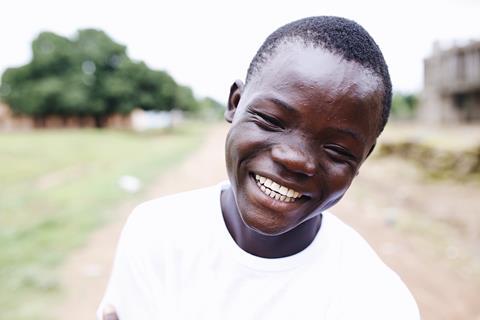 During the school holidays, straight A student Godwin was trafficked into the fishing industry on Lake Volta by a woman calling herself an aunt. After three years of backbreaking toil, Godwin was brought to safety by the Ghanaian police and IJM. At that moment, he could have walked away from his suffering, but refused to abandon other children. “I don’t want to leave alone,” he said. Less than 24 hours later, he bravely returned to the island where he’d been trafficked to identify others. Thanks to Godwin’s courage, 29 children and young adults, including one infant, were brought to safety. Some had been held for over ten years.

PRAY FOR THE WORK OF IJM

• Pray for children trapped in trafficking on Lake Volta and around the world. Pray they will be found and freed.
• Pray for child survivors of trafficking like Godwin who are healing from trauma. Pray for social workers working with these children.
• Pray for more churches to join the global movement to end trafficking and individual hearts to be moved with compassion to give, pray, advocate and fundraise for IJM.

Find out more about IJM at ijmuk.org
Follow IJM on social media @IJMUK