Founder of the Princess Project, Emma Tanner, looks back over the past ten years of the charity, and celebrates how God has used it to transform women’s lives. 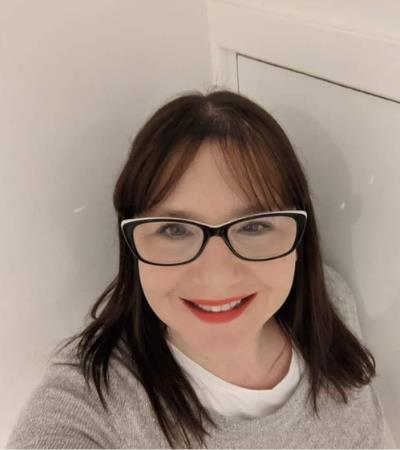 In 2009, I met Erin, a young woman who changed my life. She was 17, and a typical teenager – bubbly, feisty, and fun to be around. Fast forward a year, and she found out that she was expecting a baby. Everything changed.

She had to move out of the hostel where she was living, to a second floor flat on her own, just a few weeks before the baby was due. Once Erin’s beautiful baby daughter Leila was born, her boyfriend decided he was not cut out to be a dad, so vanished. Her friends quickly stopped inviting her out with them as she could never go anyway. Erin was all on her own, with a little baby, and her self-esteem was at rock bottom.

I had not long had babies myself – my daughters were then two and five. I remembered well how difficult those first few weeks and months of parenthood were, and yet I had a husband who was a very hands-on dad, supportive biological and church family, friends who were already parents, a house and a car. Unlike me, Erin was having to walk this season alone and unsupported. And I felt that God was clearly telling me that that wasn’t OK, and that he wanted me to do something about it. The Princess Project was born.

Bringing women together into community

Out of my relationship with Erin grew Mum2Mum, a befriending service that matches young mums in need of support with trained volunteer befrienders (all mums from local churches). We started giving gift bags to new mothers, to help them feel valued and special – reminding them that they are princesses, daughters of the King. As we became aware of the material needs experienced by the mums we were getting to know, we started Totcycle, a baby and toddler goods bank. In 2016 we opened our first Mums’ Hub: a safe, welcoming, non-judgemental space for isolated mums to visit and find support and community.

We found that a shared heart for vulnerable mums bought together women from many different churches, and there was a great richness and strength in that. The Princess Project has grown from a little one-woman-band to an awesome team of four part-time members of staff and over 50 volunteers drawn from 25 churches. We have Hubs in four different locations and, with the help of the Cinnamon Network, are starting to replicate Mum2Mum through churches across the UK.

Celebrating all God has done

This month we celebrate our tenth birthday. I am in awe of how faithful God has been at every stage. As we have stepped out in faith, he has consistently met our needs as an organisation, but also beautifully and perfectly met the needs of so many individual, hurting mums. They have found healing in the person of Jesus through many faithful women of God being prepared to be his hands and feet to them.

And Erin? With a bit of support and encouragement, she went to the GP and started treatment for postnatal depression. We started attending groups together, and she met some other mums. She found she didn’t need support any longer. Erin became one of the founder trustees of the Princess Project when we registered as a charity, and has now got a great job that she loves, and her daughter Leila is thriving at school. Being able to stand beside her on her journey has been one of the greatest privileges of my life. I couldn’t be prouder of her – our first Princess.

Emma Tanner is the founder and CEO of the Princess Project, a Christian charity with a vision to transform the lives of vulnerable mums through unconditional love, support and encouragement.

Emma TannerEmma Tanner is the founder and CEO of the Princess Project, a Christian charity with a vision to transform the lives of vulnerable mums through unconditional love, support and encouragement.