Spreading hope in the House of Lords

Baroness Caroline Cox, 84 has been a nurse, social scientist, and now a humanitarian. She shares some reflections about of her life of service with Jemimah Wright 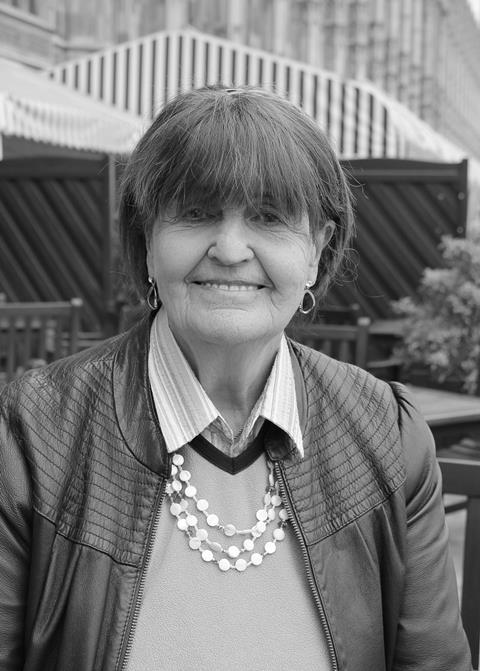 I was born and brought up in London. Wartime was part of my early life, and I remember an unexploded bomb fell in our garden. I grew up in a Christian family and was confirmed at the age of eleven. I remember the confirmation text that was given to us: “Have I not commanded you? Be strong and courageous. Do not be afraid; do not be discouraged, for the Lord your God will be with you wherever you go” (Joshua 1:9). I hang on to that, because I’m afraid an awful lot of the time.

I always wanted to be a nurse from a very young age. My school wasn’t impressed with me, because they wanted me to go to Oxbridge. But I got into nursing and never regretted it; it’s a wonderful profession. I worked as a staff nurse at a general hospital in London. And then I had the best nursing education anyone can have; six months as a patient with renal tuberculosis, which I caught from the hospital.

I met my husband, Murray Cox, when I was a junior nurse and he was a junior doctor. We met on night duty. On our breaks we would go out to the garden and share poetry together. Murray and I married in 1959.

I did my degree in social sciences because I had a passion for trying to provide healthcare in a much more human context. I trained in the 1950s, and people would talk about the ‘coronary’ in the second bed on the left, ignoring that they were a person. So I studied sociology at London University. It took five years because I was a part-time student, but I got a First class degree. There were only three Firsts out of hundreds, but I think it was God’s gift as it meant I could travel quickly up the academic ladder.

I took a lecturer post and they soon appointed me head of department. That was a life-changing experience. There were 20 academic staff and 16 were communist. Their definition of education was not mine. Mine is freedom to pursue the truth within the canons of academic rigour; theirs was hard-line Marxism and communism, all premised on lies and intimidation. 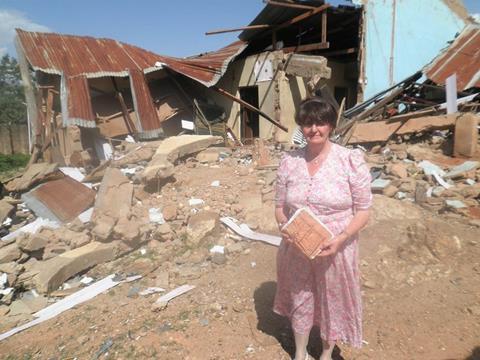 For the sake of the students, and for the sake of truth and academic freedom, I thought we needed to write about what was happening. So along with two colleagues, from the physics and mathematics departments, we wrote a book, documenting it all. It was called The Rape of Reason, the Corruption of the Polytechnic of North London’.

Bernard Levin wrote three articles on it in The Times, and I think that was how I came to the attention of Margaret Thatcher, who was the prime minister at the time.

I moved on to be the director of the Nursing Education Research Unit at London University. I had just finished writing a book on sociology for nurses; it was a lot of hard work, as I had to get up at 5am each morning to write the book.

I had three children by then, Robin, now 62, Jonathan, now 59 and Pippa, 56. They have given me ten grandchildren, five boys and five girls!

I came back from work the day the book was published, and said to Murray: “I’m absolutely exhausted. I’m going to stop doing all these extra things, and just live a normal life.” That lasted 22 hours because the next day I had a phone call from Downing Street, saying that Mrs Thatcher would like to see me. That was when my life changed because she asked me to become a baroness. I was introduced to the House of Lords in 1983.

Being a voice for those who have no voice

I always say that I’m a nurse and a social scientist by intention, and a baroness by astonishment. It still gives me a shock. I was the first baroness I’d ever met. I wasn’t in that world.

I asked God how I could use the privilege of being in the House of Lords; the answer came very clearly. It is a wonderful place to be a voice for those whose voices are not heard. To speak up for all those who don’t have a voice.

We have a biblical mandate to heal the sick, feed the hungry and speak for the oppressed. That’s how I’ve tried to use my position in the House of Lords.

I have gone into war zones and I’m always nervous. But sometimes I get what I call my faithless, fearful dread. It happened with I was going into Armenia in the early days of the war in the 1990s. We flew into the area in helicopters under fire, so it was quite scary. The Saturday afternoon before I was to go, I was beginning to feel the faithless, fearful dread. I went to church the next morning, and the Gospel reading was: “‘Truly I tell you,’ Jesus replied, ‘no one who has left home or brothers or sisters or mother or father or children or fields for me and the gospel will fail to receive a hundred times as much in this present age: homes, brothers, sisters, mothers, children and fields—along with persecutions—and in the age to come eternal life” (Mark 10:29-30).

I did not go into dangerous places until all our children had left home.

One of the painful things working with war zones, and people that are really suffering, is that the British government, for various reasons, does not want to know and denies the seriousness of it.

I established Humanitarian Aid Relief Trust (HART) in desperation about twelve years ago, because I wanted to provide both aid and advocacy to people who were off the radar screen and not reached by other aid or advocacy organisations, either for political or security reasons. 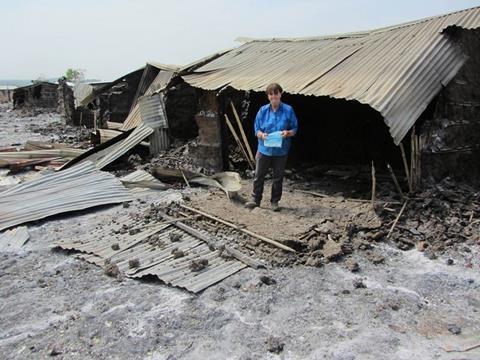 My husband Murray died in 1997. I was totally shattered as it wasn’t expected. He had had a triple bypass about 14 years previously, which had been very successful. He had 14 very good years, we often went walking in the country together, but then he started to get cardiac pain again.

He needed further surgery, and the surgeon was extremely optimistic. I phoned him just before the surgery and said I was thinking and praying for him. He said: “I’m going down with all flags flying and I will come back to the old flags flying.”

He died under anaesthetic. I never had a chance to say goodbye to him. That’s my regret. But my relief, to some extent is, what a way to go. He was 66.

Quite often, understandably, students or interns have asked me: “How do you believe in a God of love?” I was pondering this when sitting outside my tent on a trip to South Sudan. I felt the answer come to me very strongly: there is a reality of evil, but we also have a God of love.

I thought about Jesus’ death. His mother Mary was there at his feet, as her son was dying in agony. Obviously, there was nothing she could do to help him physically at all; she just had to witness his agony. But she was there. And I think that made a big difference.

One of the callings of a Christian should be to be prepared to attend. Whatever Calvary is, we are called to attend. To be there, maybe feeling as hopeless, and helpless, as Mary must have felt, but to be there in love.

The biography, Eyewitness to a Broken World by Baroness Cox is available now.